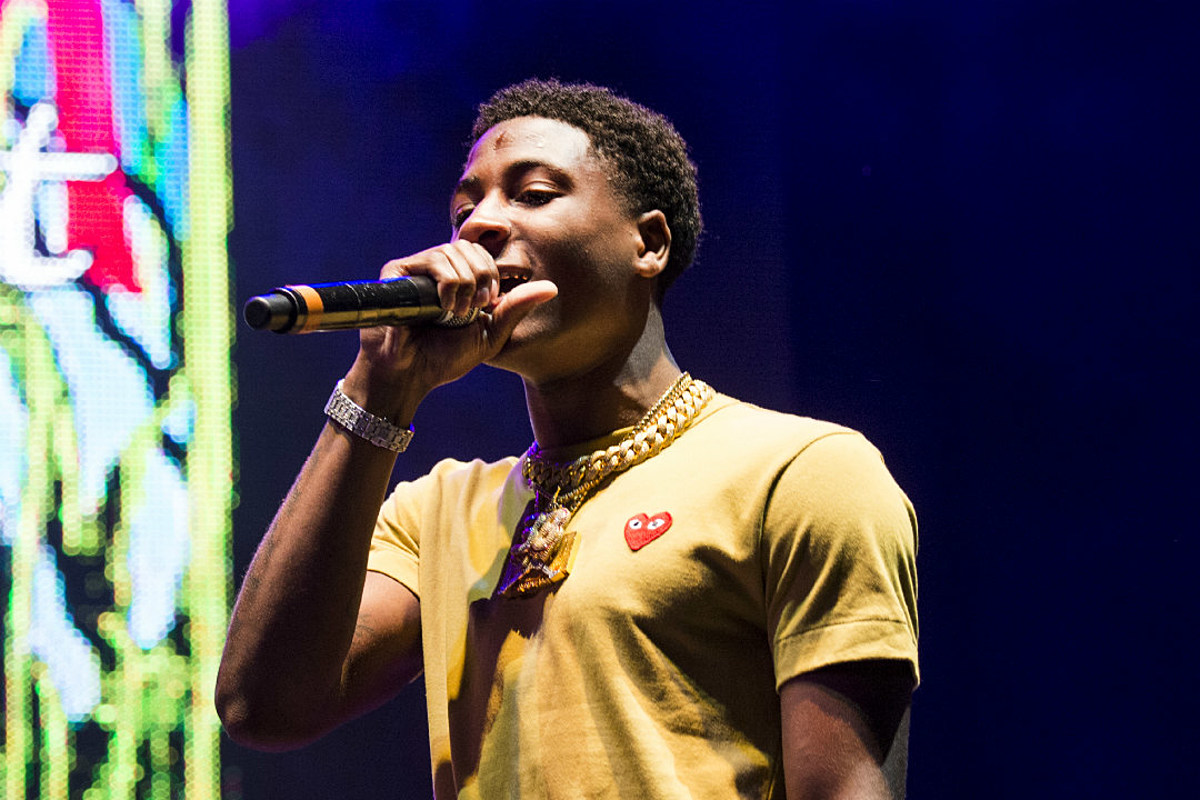 On Wednesday (Oct. 21), YoungBoy released a video for the Top version of Jay-Z's "Story of O.J." NBA dropped the LP last month after taking a brief hiatus from releasing music.

On the new track, the 21-year-old artist crowns himself the greatest rapper to ever do it. While bigging himself up, he makes a pass at Reginae, declaring he wants to have a baby with her. On the No I.D. and Jay-Z-produced song, NBA rides the beat, which appears on Hov's 2017 album, 4:44, while staying true to his signature aggressive sound.

"But they won't understand how I'm 20 cockin' over 10 million, huh/I seen labels the new age slavery, so I partnered up I'm a CEO now/I own a percentage of United Masters tell 'em hate me (Fuck it)/The shit ain't Fugazi, I'm tryna convince Fee to tell Reginae/How big the shit gon' be if we have a baby, but I'm serious though," the Baton Rouge, La. native rhymes as he name-drops Steve Stoute's United Masters company and Lil Wayne's firstborn child.

It's possible YoungBoy's line about Reginae is all in good fun, but it's also plausible that the rapper is looking to lock down an opportunity with the Atlanta-based reality TV star. The potential shot at Reginae follows rumors that NBA YoungBoy and Floyd Mayweather's daughter, Iyanna Mayweather, are expecting their first child together. Neither Iyanna nor YoungBoy have confirmed the rapper to be the father, but the daughter of the champion boxer is indeed pregnant.

Reginae Carter has yet to respond to any of YoungBoy's proposed advances. As for NBA YoungBoy, he is currently a father of four.

Listen to the full track below.