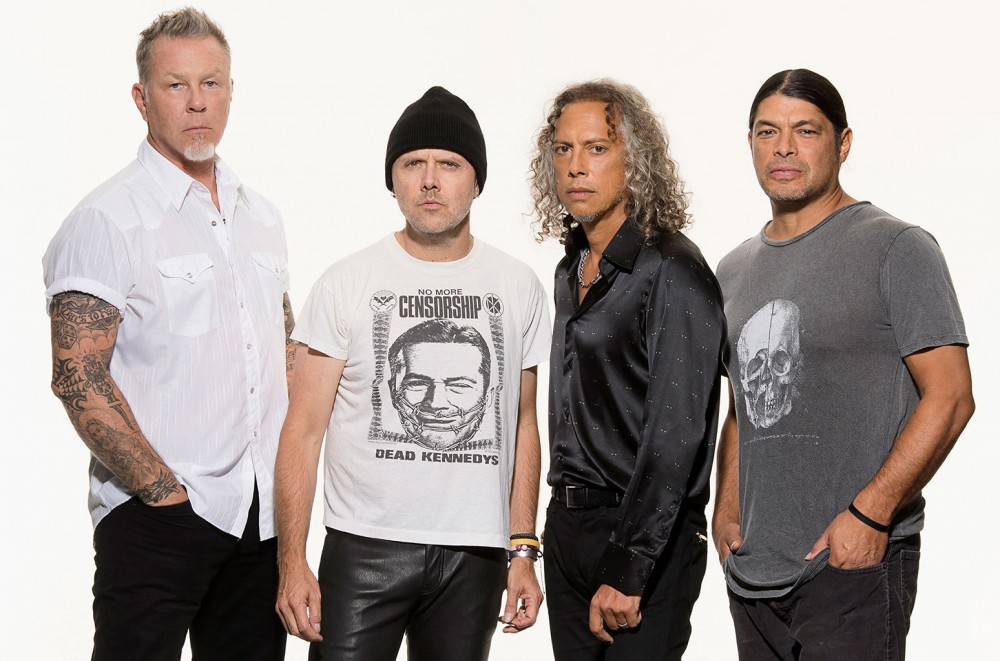 "Nothing Else Matters" at a wedding reception than the bride and groom's first dance — except this time, it was the name of the Metallica song the couple chose to present themselves on their special day.

The Music Busted Facebook page posted a five-minute clip titled "If the bride wishes Metallica for the wedding dance!" that featured a bride and groom performing an elegant, elaborate slow dance to the heavy metal band's track. The video was initially published on YouTube back in 2016, racking up 2.6 million views on the site, and the new Facebook post brought it back to viral status.

The romantic fingerpicking ballad was inspired by frontman James Hetfield's phone call to his girlfriend while on the road as he practiced on his guitar, giving the song a lovely origin story fit for a first dance. "So close no matter how far/ Couldn't be much more from the heart/ Forever trusting who we are/ And nothing else matters," the lyrics go.

The touching acoustic chords introduce the bride gently descending from the left side of a lit staircase, her husband coming from the right and waiting for her under a white floral archway. They twirl around the hall in perfect unison, never missing a beat from the Metallica ballad from their eponymous No. 1 Billboard 200 album before cannons of confetti burst from above to celebrate their killer wedding choreography.

Watch these newlyweds absolutely slay their first slow dance below.