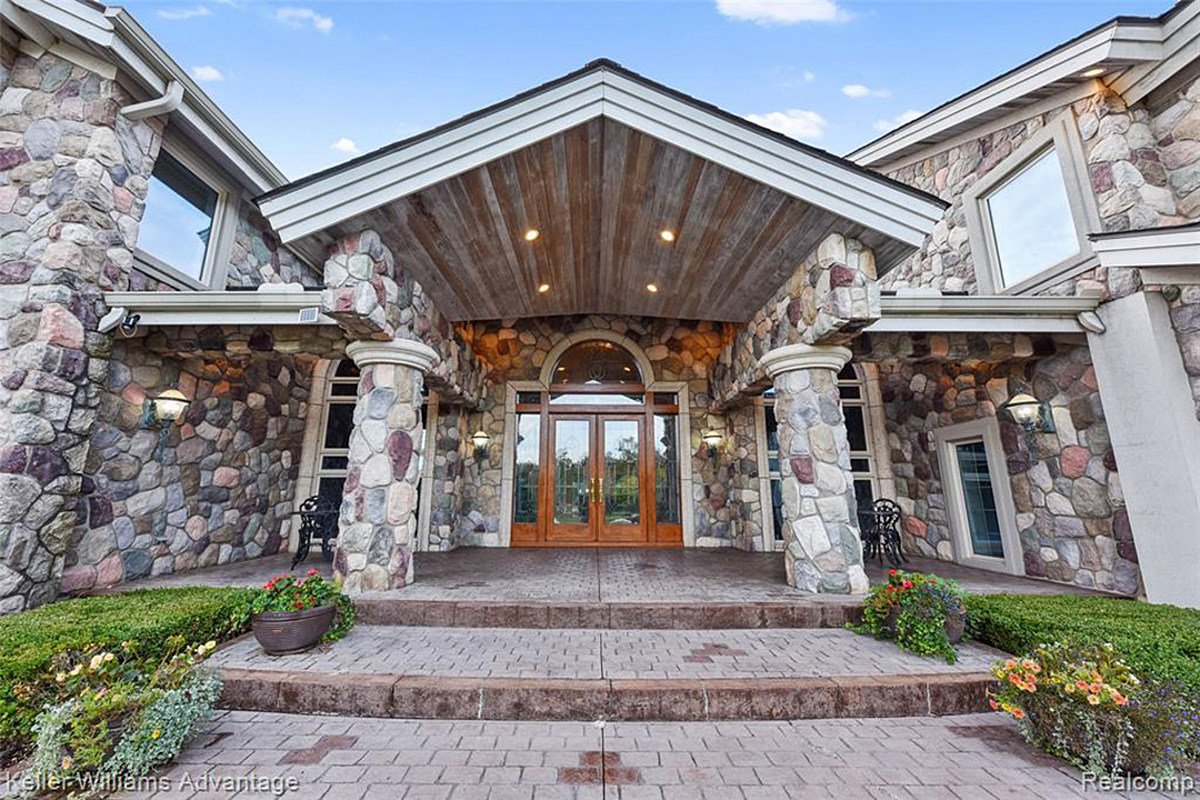 The choice to live like Eminem is yours for nearly $4 million.

According to a report from WCRZ on Wednesday (Nov. 18), the Oakland Township, Mich. mansion once owned by Em is back on the market for $3.75 million. The six-acre, 23,500 square-foot home has a manicured lawn, tennis courts, pool with a waterfall, hot tub, private pond and cabana. The inside of the home has over 17,000 square feet of living space. There's a guest house as well.

As far as the inside of the decked-out pad, it has six bederooms, seven full bathrooms and three half baths. Not to mention, the gated mansion comes with high quality electronics, audio, visual and lighting systems, security and a gate house. The home is massive, so there's a three-story elevator, too.

According to the CBS Detroit, Eminem bought the house from the former CEO of K-Mart back in 2003 for $4.8 million. The original asking price was $1 million more than the veteran rapper actually paid for it.

In September of 2017, Em sold the house for less than half of what he spent. According to Realtor.com, the mansion went on the market in August of that year for $2 million and the "Godzilla" MC made a sale for $1.9 million the following month.

The Detroit Free Press reports that Eminem has a home in Clinton Township, Mich., which isn't too far away from his prior living quarters. Apparently, this is the home where he fought off an intruder in April of this year. The man entered the home and was detained by Em himself. The culprit was later taken into police custody with a bond set at $50,000.

See Em's old home for yourself below.

Take a Look at Photos of Eminem's Old Michigan Mansion