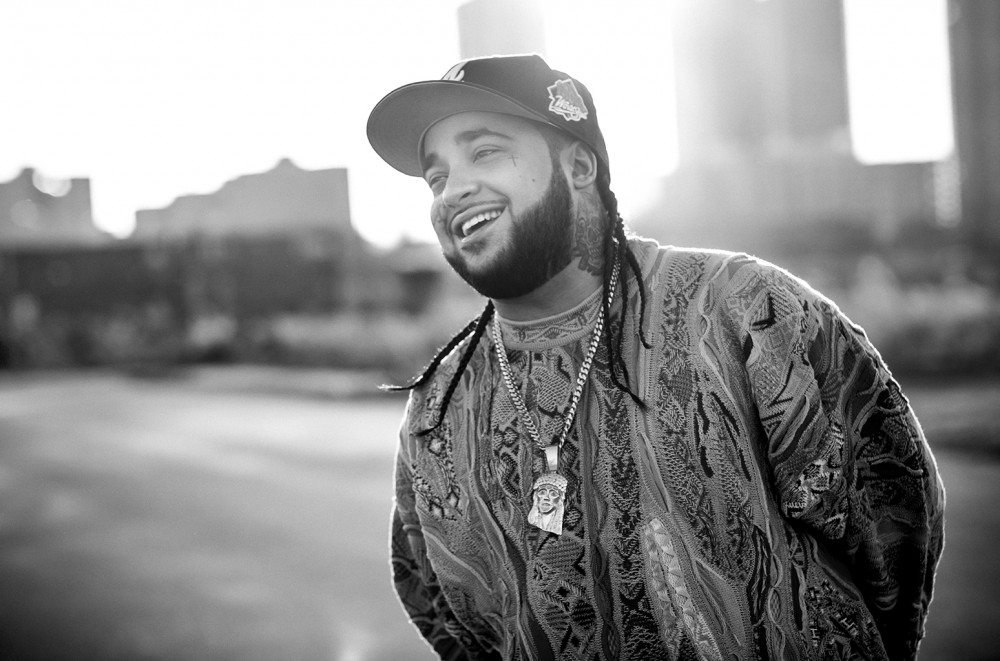 Hip-hop will always honor their lost ones. For the A$AP Mob, which has continued to celebrate the life of Steven “A$AP Yams” Rodriguez with Yams Day, it feels like their tribute concerts for him have gotten bigger every year, with new surprise guests and unexpected turnouts that top the last.

On Friday (Jan. 17), a day before the fifth year anniversary of Yams’ death from an accidental overdose, the A$AP Mob brought the spirit and energy of their fallen brother to the Barclays Center in Brooklyn. The purpose of Yams Day has always been to spotlight new sounds and bill artists that Yams have co-signed or would have supported if he were alive. This year, Yams Day featured performances that encapsulate the current moment of hip-hop with Pi'erre Bourne, Kenny Beats, Smooky MarGielaa, Metro Boomin, Nav, Slowthai, Lil Yachty, Young M.A., Sheck Wes, and more.

Since the debut of Yams Day in 2015 at Terminal 5, the venues have evolved from the Theater at Madison Square Garden and the New York Expo Center, to the Barclays, which hosted for the second time. Yams Day presents the A$AP Mob co-founder’s interests like his love for wrestling and his love for a good party into one major “pay-per-view” event.

Meaning, if you’ve ever gone to a live WWE taping of their flagship franchises, you’ll see some similarities at Yams Day: a full-sized wrestling ring with amateur wrestlers battling in the center of the arena, promos getting cut backstage by Rocky and Ferg, and plenty of crowd participation. To quote WWE hall-of-famer Kurt Angle, “Oh, it’s true. It’s damn true”: Two wrestlers did climb a ladder and one of them tossed the other through a table.

When the audience wasn’t moshing to Pop Smoke or Playboi Carti, they were catching A$AP Rocky when he jumped into his fans to crowd surf. Numerous times Rocky appeared in different seating sections, even getting into the wrestling ring himself with fans dressed like Kane, Stone Cold Steve Austin, and Bret Hart from the Attitude era to be in on the action.

What you won’t get at Yams Day are long, drawn out performances from these rappers. Rocky is big on trying to best previous Yams Days, packing as many rappers he can bring out until the midnight curfew. That means you get short bursts instead of a standard 20-minute set, but it's effective. Among the best moments were Yung Gleesh hitting the stage early for his song “Water,” Bun B sounding sharp performing his verse to Jay-Z’s “Big Pimpin’,” and Nav blowing the roof off the Barclays when he closed out his set with “Tap.”

FREE POP SMOKE I DONT WISH JAIL ON NO MAN.YEA I KNOW HE CALL ME TRASH A NOVA WHEN I CATCH HIM IM GONNA KNOCK HIS TEET OUT.. UNTIL THEN BROOKLYN FOREVER

For Harlem, this was a big deal. Towards the end of the show, a passing of the torch between old Harlem and new Harlem happened when Jim Jones came out as one of Rocky’s surprise guests. Backed by a sizable entourage on stage, Jones did light work on “Salute” and “We Fly High (Ballin').” Shortly after, he thanked Rocky for inviting him.

“I’m proud of y’all. Y’all pushing the culture forward,” he told Rocky with his arm around him. Y’all looking good. Y’all drippy. You got the bitches going crazy. You should be proud of yourself. Yams is happy. He’s smiling up [there], happy.”

You were made to believe Fivio Foreign and Pop Smoke — two of Brooklyn’s hottest products right now — were coming based on the amount of times they played their songs throughout the night. While neither ended up making it, it was particularly bad timing for Pop Smoke, who was arrested hours before the concert for allegedly stealing a Rolls-Royce by transporting it from Los Angeles to New York. “Free Pop Smoke” was said numerous times by either DJs or artists, but when Casanova came out to do a few songs, he wanted to address their beef that’s been brewing after Pop Smoke called him “Trashanova” while promoting his new video on Instagram.

“Harlem got this shit on lock, like they sticking together,” he said after experiencing some technical difficulties with his DJ cueing up his songs. “Atlanta got this shit, sticking together. The whole South … so I’ma just say this: When I say ‘free,’ y’all say ‘Pop Smoke’! I’m from Brooklyn, n—a.”

During the end of the show, he tweeted, “FREE POP SMOKE I DONT WISH JAIL ON NO MAN.YEA I KNOW HE CALL ME TRASH A NOVA WHEN I CATCH HIM IM GONNA KNOCK HIS TEET OUT.. UNTIL THEN BROOKLYN FOREVER.” Maybe the peace offering has an expiration date.

Besides that, Yams Day maintained its positivity, turning grief into happiness by cherishing good memories of Yams. But he wasn’t the only one who was held in great respect. There were personalized videos sharing motivational quotes from Mac Miller, Capital STEEZ, Chinx, Fredo Santana, XXXTentacion, Nipsey Hussle, and Juice WRLD, who all passed and deserved light shined on them after their tragic deaths as well. Rocky made sure to keep their names alive as he has done with Yams over the years, likely continuing this tradition at the next Yams Day.

You have to give credit to Rocky and the ASAP Mob for consistently pulling something like this off every year. It’s not about who performs, but who actually comes to show their love for Yams and his contributions to hip-hop. 2 Chainz and his T.R.U. crew were finally able to do their first Yams Day, as did veteran Yams Day goer Tyler, the Creator, who returned to perform “EARFQUAKE” and told the crowd to sing it as loud as they could as the lights went up.