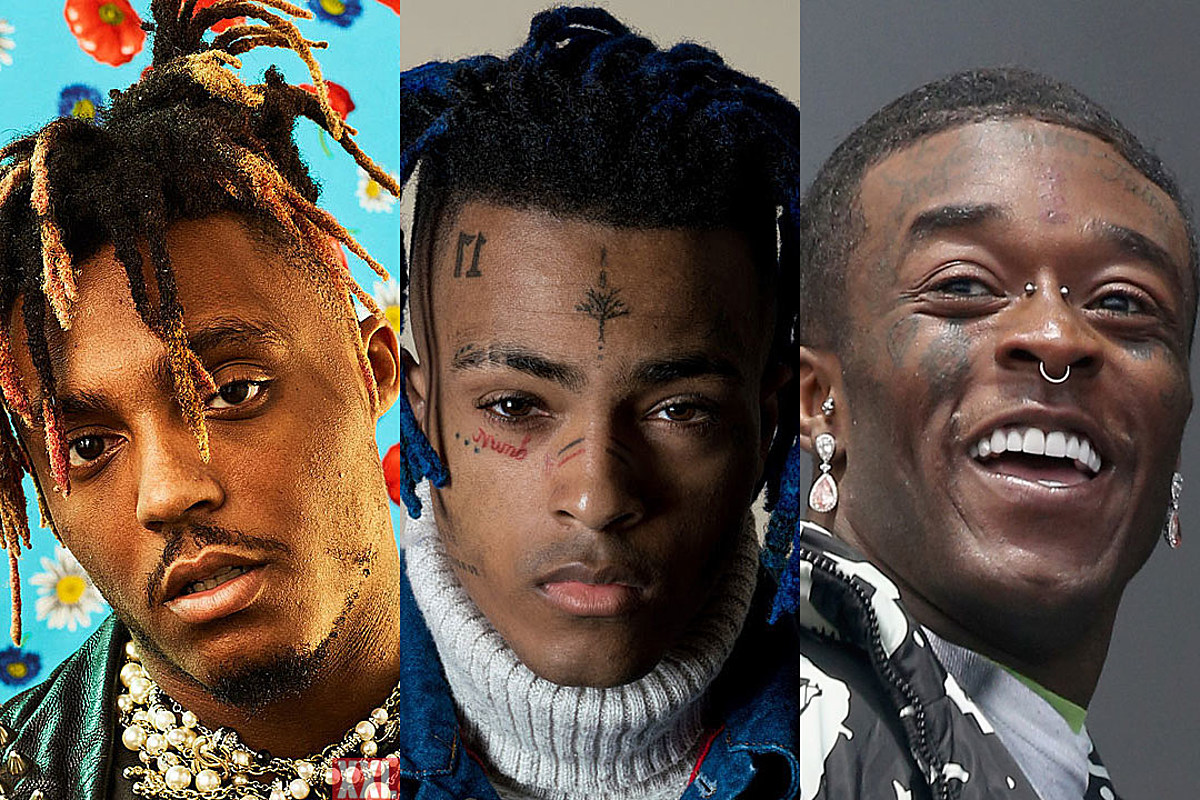 XXXTentacion's mother, Cleopatra Bernard, has revealed that new songs with her late son and Juice Wrld, Lil Uzi Vert and The Weeknd are in the works.

During a Q&A on the Discord chat service on Oct. 24, Bernard reportedly discussed the forthcoming songs featuring some of hip-hop's most lauded artists. Apparently there is an XXXTentacion and Juice Wrld collaboration being created, and songs from X featuring Lil Uzi Vert and The Weeknd as well.

There are currently no release dates yet for any of the tracks. The vocals from previously recorded material from both X and Juice would apparently be used.

Though X and Juice never recorded music together while they were both alive, Juice did dedicate the song "Legends" he released in 2018 to both X and Lil Peep after their deaths. The new tracks Bernard is teasing would also be the first songs both Uzi and The Weeknd would have with X.

She also shared that X's music on SoundCloud will be released on streaming services in the future, the forthcoming documentary about X's life will be accompanied by a soundtrack that includes songs never heard before, she is tracking down lost music and there could be a possibility that an XXXTentacion hologram is created down the line.

A day before the XXXTentacion and Juice Wrld collab began circulating on social media, Juice's girlfriend, Ally Lotti, vented her frustration on Twitter as a result of being "out of the loop" when it comes to her late boyfriend's music. "im so out of the loop, smh it makes me wanna vomit —bc everyone think I kno or think I made a decision which I had no idea was even happening," she tweeted.

A fan guessed that she was referring to the X collab Bernard revealed was in the works, to which Ally replied, "I was there when he recorded the verse for jah."

Another supporter tried to get her to share the name of the song. Her response: "yal kno me way better thn that. Id never say— c’mon now. I love yal tho."

She also revealed that Juice's lyrics for the song were recorded nearly two years ago. "This happened over a year and a half -two years ago yal. . this wasn’t new info," Ally tweeted.

When a Juice fan inquired about a possible release date for the X and Juice collab, she stated, "doubt it’ll come out. im guessing if it was it would have already been. so idk but i have video from that night. J made two or three song a we were in a hotel room over seas."

Two weeks ago, XXXTentacion fans weren't too pleased with the late rapper's mother due to how she's been handling his estate. The backlash was a result of the release of the video for X's Bad Vibes Forever track "Chase / Glass Shards," which features Ikabodveins, an artist Bernard manages. The visual ended up featuring Ikabodveins performing the track and photos of X appearing in different scenes throughout the clip. Fans seemed to be looking forward to seeing more of X in the video than was actually shown.