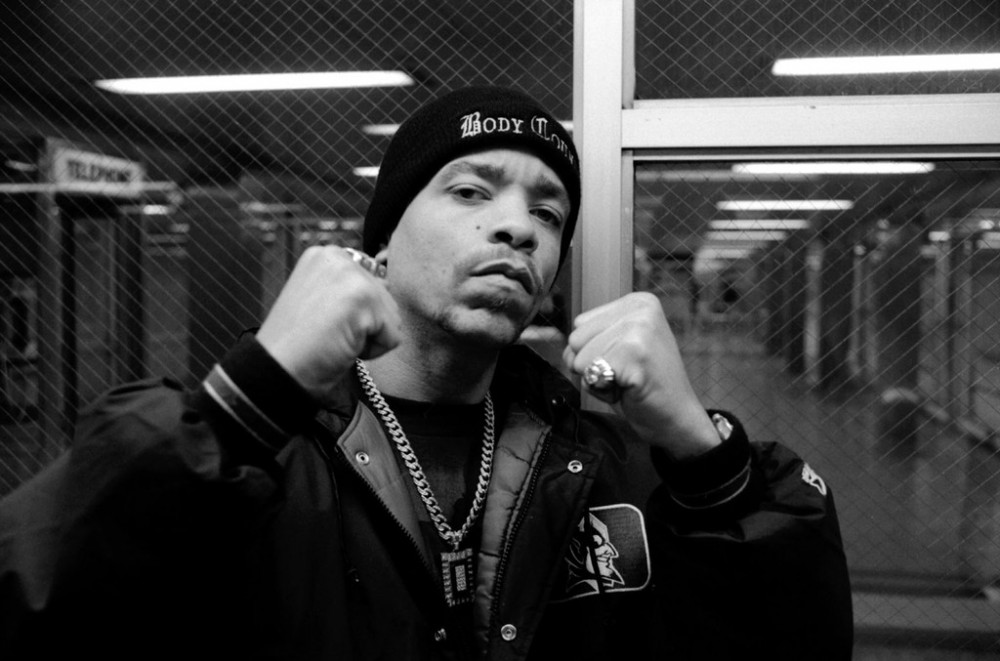 Other than buying a used 1992 CD on eBay, the only place to legally listen to Body Count’s anti-police-brutality classic “Cop Killer” is on a YouTube page posted by a user named thechannelsurfin100.

Hundreds of thousands of people have been out in the streets of cities across America protesting George Floyd’s death at the hands of Minneapolis police officers, but “Cop Killer” is not on Spotify. It’s not on Apple Music. It’s not on Amazon Music. It’s not for sale as an iTunes download or a new CD. While protest songs have surged on streaming services over the past two weeks, “Cop Killer” is not among them.

“It should be there. It absolutely should be there,” says Ernie Cunnigan, also known as Ernie C, longtime guitarist for the band fronted by rapper and actor Ice-T. “Some of these kids that are out there [protesting], they’re 30, 31 — they were newborns when this was going on. What we talked about 30 years ago, we’re still talking about.”

The reason for the song’s absence is a complicated story involving the record business, the police and political power. It begins in the early ’90s, when Ice-T, already a hip-hop star, gave Cunnigan — his friend from Los Angeles’ Crenshaw High School — money to record a demo. The two bonded over a shared love for Slayer and thrash metal, performed together on local stages and put one of their songs, “Body Count,” on Ice’s influential 1991 Sire/Warner album O.G. Original Gangster. Cunnigan, or Ernie C, had been working as a messenger when he met Perry Farrell of Jane’s Addiction, and the connection led to Body Count’s slot on Farrell’s Lollapalooza festival in 1991.

During rehearsals, Ice-T was singing Talking Heads’ “Psycho Killer,” and the band’s late drummer Beatmaster V suggested a revenge fantasy about killing cops. Inspired, the rapper invented a character: “I just started imagining if somebody went over the edge based on cop killings,” he told Kerrang! The band performed “Cop Killer” all summer.

“It was more like [Bob Marley’s] ‘I Shot the Sheriff’ — a rally song for people with no voices that were able to scream ‘F–k the police!’ at the top of their lungs,” Cunnigan recalls. “It wasn’t the reaction we got a year later. ’92 was an election year; ’91, we were just having a good time.”

Although Body Count couldn’t afford Metallica producer Bob Rock for their Warner Bros. debut, they found the next best thing — LA’s One On One studio, where Metallica had just recorded its self-titled blockbuster. As a quartet, Body Count spent weeks building a raw, huge wall of thrash-metal sound before Ice-T showed up, personal posse in tow, to lay down his vocals.

“We had these crazy 40-inch speakers. They were so massive,” recalls Bernard Matthews, Body Count‘s engineer. “Every time the drummer hit his kick, it was like a cannon going off. It was brutal.

“At one point I had everybody in the studio with a couple open mikes screaming, ‘F–k the police!'” he continues. “That was when I was going, ‘Oh, this might cause some ripples.'”

On Body Count, which hit stores in March 1992, Ice-T embodies an extremist character to make a point — the narrator on “Momma’s Gotta Die Tonight” discovers his mother is a racist and cuts her into “little bitty pieces,” while “KKK B–ch” equates “Tipper Gore’s two 12-year-old nieces” with skinheads and Nazis and throws them into an “orgy in every little southern town.” The album didn’t sell well at first. “It was a huge challenge. When we put it out initially, it was a very bad response,” says Geoffrey Weiss, a Warner Bros. product manager for the album. “The rap community didn’t get it and the rock community didn’t get it.”

Three months after the album release, a Dallas patrol officer heard about “Cop Killer” from his 14-year-old daughter, then published an article in his police association newsletter encouraging a boycott of Warner Bros.’ parent company, Time Warner. Entertainment Tonight and CBS interviewed the officer, and word spread to the point that actor and National Rifle Association activist Charlton Heston expressed his outrage by reciting the lyrics every chance he got, in speeches to conservative groups and at Time Warner shareholder meetings. (“Made it sound real dramatic,” Ernie C says.) Then-U.S. Vice President Dan Quayle called “Cop Killer” an “obscene record,” and while Time Warner execs defended its content as free speech, Republicans and police groups pressured the entertainment company’s investors.

Ice-T gave prominent interviews, and the publicity pushed the album No. 26 by August. (It eventually went gold.) But Warner Bros. employees began to receive “threatening phone calls” and profane, racist letters, according to Dan Charnas’ The Big Payback: The History of the Business of Hip-Hop, as well as death threats and at least one package requiring a visit from the bomb squad. Finally, Ice-T and manager Jorge Hinojosa called off the fight. “I’m tired of being the Willie Horton of the moment,” the rapper told Warner’s top execs, Mo Ostin and Lenny Waronker, who had backed him through the ordeal, according to Charnas. “Take the song off.”

The rapper has said the heat became too much: “The vice president was on my bumper.”

Ernie C is more forthcoming. “If they threatened us, it’s OK, because we wrote the song, let the chips fall as they may,” he says. “But there were other people [at Warner] who didn’t quite get it, and we didn’t need to have them in danger from a bunch of lunatics.”

As part of the agreement to remove the song, Warner gave Ice-T the masters to Body Count. Warner continues to distribute the album; per Ice-T’s decision, its 17th track is not “Cop Killer” but a metal version of his hip-hop classic “Freedom of Speech.” This Body Count configuration appears on Spotify, Apple Music and other services today. “The song has a force to it, and would have a much greater force if it was more widely available,” says Howie Klein, formerly of Sire Records, the album’s executive producer. “People who want to find it can find it, but it’s not right out there.”

Why, after 28 years, and especially when the song is more relevant than ever, would Ice-T continue to withhold the track? Neither he nor Hinojosa would comment for this story, but Weiss, the former Warner Bros. product manager who is now an artist manager, speculates Ice didn’t need the “Cop Killer” image anymore. The rapper was just starting his mainstream acting career around the time he pulled the track from the album, first in movies like Trespass, then on a 20-year run as, ironically, a cop: Det. Fin Tutuola on Law & Order: Special Victims Unit. “I can really imagine Ice-T doesn’t want to think about 1992 that much,” Weiss says.

Still, Body Count has revisited the same subject with equal force, notably on 2017’s “Black Hoodie,” which begins: “All these people out here tripping off police brutality/Like this s–t is something new/Give me a f–king break.” But instead of turning the band into pariahs, the track received a Grammy nomination, for best metal performance. “We’re not so hard — we’re mainstream!” Ernie C says with a laugh. “We’re a pop band now.”