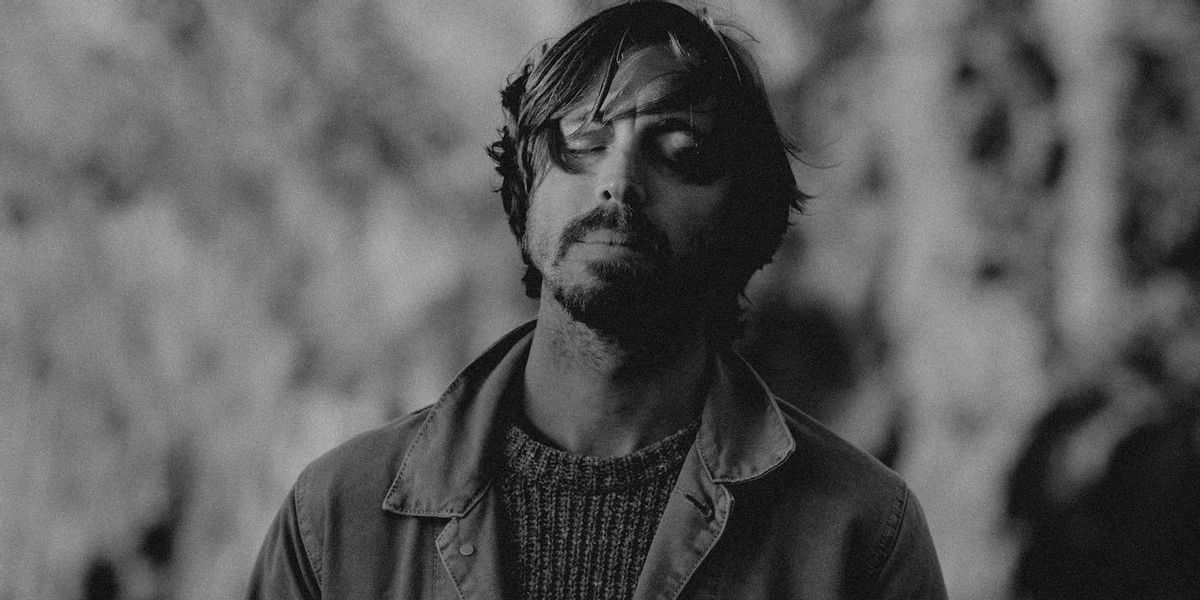 “I covered a lot of ground on Brontide. Both lyrically and sonically. Brontide is the low sound of distant thunder, and my take on that is evident in these songs. They’re the closest I’ve gotten to the truth,” says Nick Kingswell of his new album.

Defined by Merriam Webster as “a low muffled sound like distant thunder heard in certain seismic regions especially along seacoasts and over lakes and thought to be caused by feeble earth tremors,” brontide is the perfect word to describe the core emotions of the songs that comprise Kingswell’s new release.

They’re songs that feel born of turmoil, but not the kind of turmoil that boils over and burns—instead the songs evoke sensations of comfort, awe, and sometimes a measured peace. Layered with warm harmonies, slow-burning rhythms (like on “Blame”) and shimmering strings (like on “Doubt,”) the album is an expansive contribution from a folk artist whose warmth and rich sound resembles the work of Iron & Wine, Kodaline, or the Avett Brothers.

But Kingswell puts his original spin on old and familiar sounds, creating a comforting work of art that feels like sitting by the fire while a hurricane rages outside.

Recently, Kingswell sold his home in Australia and left all he knew behind to go pursue music in London. The album is inspired by this sudden change and by the feelings of detachment and un-mooredness it created.

Many of the songs address this shift. “Now I’m Gone”—a nostalgic ballad made luminous by gentle guitar and string arrangements—is inspired by the day he decided to leave Australia. References to distant moonlit fortresses, trains, and bygone dreams capture a past that had to end but that will live on in memory. Sometimes, he seems to say, you have to leave what you know, even though it means leaving comfort behind, braving the storm, and inviting in a few ghosts.

“Homesick” tells the story of his journey to the UK. “I love living in the UK and I feel equally as lucky to get to go home to a place like Phillip Island. It’s the best of both worlds,” he said. “But the feeling of being homesick comes and goes. It’s like that whole idle hands idea. As long as I’m busy and happy and in touch with my family regularly, I can make it work.”

These songs are clearly not the work of idle hands. They’re all ambitious efforts, multi-layered and tied together by a variety of instruments—strings, guitar, and sparkling, reverb-drenched vocals tie together on “Unwound” to create a fully formed indie-folk-rock opus. Songs like “There’s No Cure” explore the ache of an old love, but it’s catchy refrain, warm guitar backbone, and Kingswell’s perfectly layered vocals come together to form a song that feels ideal for whenever you need some easy listening, a pick-me-up, or a few rays of light even in the midst of peals of thunder.

Overall, the album avoids leaning too far into one genre, instead taking the best from the dream pop, indie, folk, and rock worlds and spinning them into songs that are at once radio-friendly and timeless, perfect for autumn playlists, plaid sweaters, seaside walks, and cottage life (“Solitude” is particularly dreamlike, and it sounds like fog rolling off the Irish shores). This is the kind of music that will get you through the day when you most need a reason to go on.

That doesn’t mean it lacks introspection. “Been asking for forgiveness from everyone but myself,” he sings in the outro to “Slow Burn” (which, true to its name, builds up to a bonfire before flaring out).

By the last track, finally, he slows down and confronts the truth. “Doubt” is a work of confessional honesty, a relatable cry of desperation into the dark night: “I beg my knees to leave the floor,” sings Kingswell. “I don’t wanna live like this anymore.” Finally, he lets the noise die down and walks out into the rain. While a lot of the album is about running away, this last track is a moment of truth—but its honesty conjures a sense of peace and balance.

Through it all, there’s a lot of magic amidst the rumbling darkness. Songs like “Like Sleep” are dreamlike in every sense of the word—the guitar washes over the listener like ocean waves, and the song gently comes into its own, opening up into a mystical climax, evoking something of the sun going down and scattering stars over the sky and fireflies over the fields.

All said and done, Brontide is a perfect listening experience, balanced and rich and sure to reveal something new with each journey. The album may be about emotional distance and longing, but from an artistic perspective, it has everything it needs.