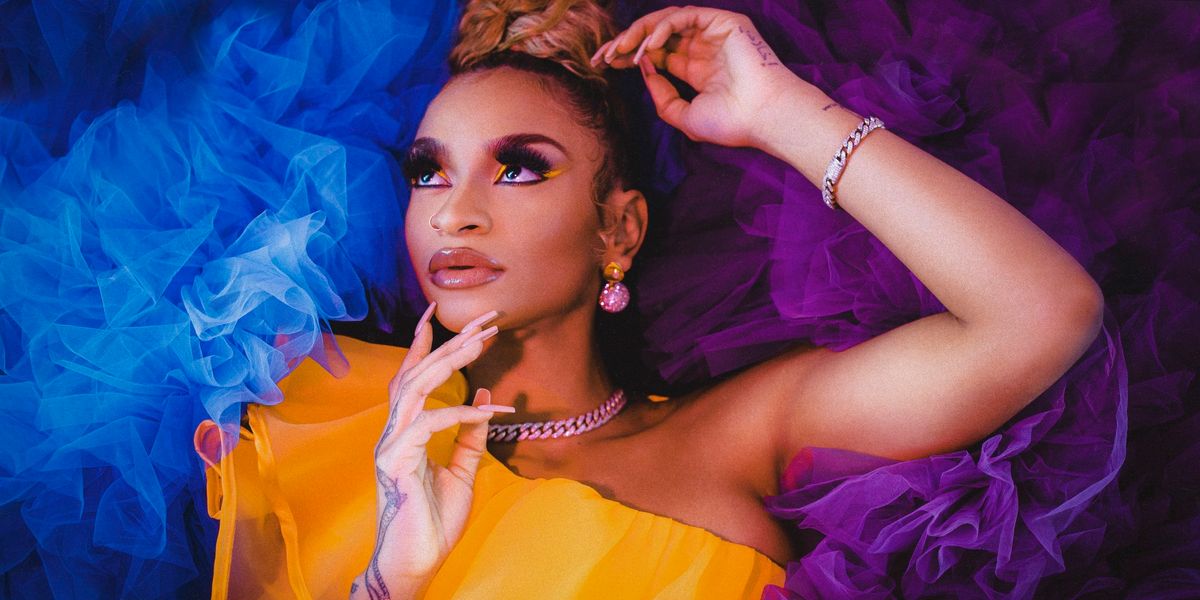 In an interview last January, Melii sat down with Ebro Darden for a candid discussion on her rise to fame.

Moments into the interview, Melii broke into sobs as she was asked to explain her experiences with past management. A buzzing new talent out of Harlem, her early-day managers had been misogynistic men who often sexualized or threatened her, an experience far from unusual for Black female artists in the rap game. Her wounds were still visibly raw, and for the rest of the interview, Melii didn’t talk about her music but instead used the opportunity to dissect the experience of Black women in the music industry.

A few months later, Melii released PhAses, a magnetic and versatile R&B record that showcased the artist’s budding talent as both a rapper and a bilingual singer. But the release became overshadowed by gossip. On the eve of PhAses’ release, Tory Lanez congratulated Melii and welcomed her to his label One Umbrella. Meek Mill, who had served as a guiding light for Melii over the last few months, called the situation “corny.” Speculation and criticism were abundant. Had Tory stolen Melii from Meek Mill’s label? Did Melii sign to One Umbrella to stab Meek Mill in the back? Speculation also swirled of a budding relationship between Meek and Melii. Did she sign to One Umbrella in retaliation against a bitter break-up?

It was none of the above. Melii had made a business decision, plain and simple. But once again, she found herself trapped in the shadow of the men around her, being treated as a prize to be won. She did a media run, cleared the air, and confirmed that she was signed to One Umbrella. She worked extensively with Tory, and the two spoke highly of each other. Melii even closed out 2019 by teasing a collaborative project with him.

But as Tory faces increasingly credible assault charges against Megan Thee Stallion–accusations he denied in the form of an album that all but erased his cultural standing in hip-hop–Melii once again found herself at a crossroads. “You know how they say that in a horse race, they don’t see anything? That they’re just focused on running straight?” Melii asked me. “That’s the way I carried myself.”

Melii has since parted ways with One Umbrella and has never offered her opinion on the shooting. She instead quietly recused herself and all but disappeared for the majority of 2020, using the pandemic as a means to reflect on her own trauma in a way she never has before. “I don’t have any comment on the situation. I had so much intense growth that I had to go through this year and certain traumatic events that I had to face within myself, and I felt like that would have knocked me off.”

She returned in October with “Way Too Soft,” a braggadocious rap track and music video in which Melii and a handful of girlfriends are literally beating the crap out of abusive men. The metaphor was not lost on me, but she assured me it wasn’t about any one person and instead was meant as a refresh button for her career. “I get overlooked sometimes,” she said. “With the pandemic I had time to sit with myself, and I became just more in tune with the woman that I wanted to be. Now I am her, and I’m walking in that purpose.”

POPDUST: You genuinely seem pumped up by yourself right now.

MELII: It was a spiritual awakening for me, during this pandemic. I got to sit by myself for a while, and being the youngest, I always go to my mom or dad for support, but I couldn’t really call on my mom like that for safety reasons, so a lot of issues I had, I couldn’t just call them up and be like, “oh can you guys come and spend time with me?” So I had to be alone, and I had time to dive into the things I was trying not to deal with, and I dealt with a lot of things I really thought I couldn’t deal with on my own. I got my life together, in a sense.

POPDUST: How is your mom? You’ve spoken often about your relationship with her. What was it like not being able to call on her as much?

MELII: My mom had COVID, actually, and after she was better, she told me. She didn’t want me to get scared, I guess. But I started journaling and reading into spirituality and what it means to have a balance between your divine feminine and divine masculine and how to balance that out. Like I said, there were a lot of suppressed things that I was hiding in myself. I got more in tune with my feelings and how I wanted to deal with things.

POPDUST: Tell me more about that amazing Janet Jackson nip-slip outfit you rocked for the “Way Too Soft” video. Was that your idea to come out with that?

MELII: *laughs* My stylist always pushes me. She said, “Girl, you have to do something that’s over the top,” and I’m not gonna sit here and bash my label because they’re very good with me, but most of the time my treatments aren’t taken seriously, so I had to kind of fight for good treatment and be like “I want this director.” So the director Des Grey is actually a friend of mine, and the whole time I was eyeing her because she’s a female. I wanted to incorporate more females mostly because on my last video, I mean, it’s stupid, but I was frustrated by something, and the director made a slick comment and said: “You know how women are.”

MELII: I was like, Oh HELL, no! So I wanted to incorporate a woman, and I think with Des, we just made the message clear about women empowerment.

POPDUST: I kind of want to talk more about that because you’ve spoken at length about the issues you’ve had with male managers, and I wanna talk about how you’re feeling with One Umbrella. Just from seeing what your past experiences have been like, I imagine it must be frustrating to once again feel like you’re in the shadow of someone else’s drama.

MELII: I didn’t involve myself in it. I decided to part ways while still being considerate to both parties. The reason why I’ve felt so cluttered and clouded was because I let other people’s opinions and business come into mine, and I kinda took my power back as a woman by approaching every situation with the mindset of: “What brings me peace?”

POPDUST: It sounds like you used the Tory situation to reflect on yourself, and it doesn’t sound like you have any maliciousness towards anyone.

MELII: No, it was more that I was already going through my own personal things. What happened with Tory was that we were label mates, and he had just come out of his deal with Interscope, and…it was a lot. A lot was going on. So I separated myself not only from Tory but from everyone so I could get in tune with myself. I came into this business straight off of my own issues with my own managers, and I’ve never had time to just not be around chaos. The pandemic helped me level myself out and figure out what I want to give my energy to.

POPDUST: What was the process of separating from Tory and from One Umbrella like?

MELII: My manager works with Tory, and I’m not sure where their relationship is at right now, but there’s no bad blood when it comes to One Umbrella. I feel like, when it comes down to it, I’m just focused on Melii. Tory understands how delicate the situation is, and it’s not only because of the situation, but I just wanted everything to be about Melii, and I didn’t want anything to overshadow my growth right now.

POPDUST: When the situation started, I did think of you because you guys seemed close. I know you mentioned a collab project and all this stuff, and it seems like for the most part that the media really missed you but didn’t try to drag you into it at any point, which I was, of course, happy to see. Was that your experience?

MELII: Yeah! I don’t know; I’ve always been lowkey with any drama. I don’t think the media had any reason to drag me into anything, but I did see a lot of people getting pulled into it, and that’s why I’m just grateful that I could keep focusing on my project. I would just keep locking into the studio.

POPDUST: Well, a lot of artists Tory worked with were kind of protesting and removing his features off their songs and stuff like that, but I noticed you didn’t do that?

MELII: Honestly, “Slow For Me” came out so long ago *laughs* so I didn’t even think about it honestly. I feel like a lot of things were based around clout, so it just wasn’t in my interest to even do too much, cause certain artists were just doing too much and involving their names and opinions too much. That kinda rubbed me the wrong way. It’s not that I feel like I’m better than anybody, but this is not my business. I just see everybody as human beings, and I keep to myself.

POPDUST: So the album is coming?

MELII: The album is coming, but I write a lot about my experiences, so it’s all about my life before and then through the pandemic, and I feel like I needed to get to this point right here where I feel like I’m at the end of the rainbow. So I’m just taking a step back and diving back into the album again. It’s gonna come, but I gotta go back in.

POPDUST: How do you feel about your place in R&B right now?

MELII: People need to get more familiar with my music. I have deeper meaning within my music, but I’m still waiting for it to get the recognition it deserves.

Interview: The Goo Goo Dolls Know Holiday Albums Are Sappy–They Made One, Anyway

Interview: On “if You Feel” Xavier Omär Balances His Faith With His Ego