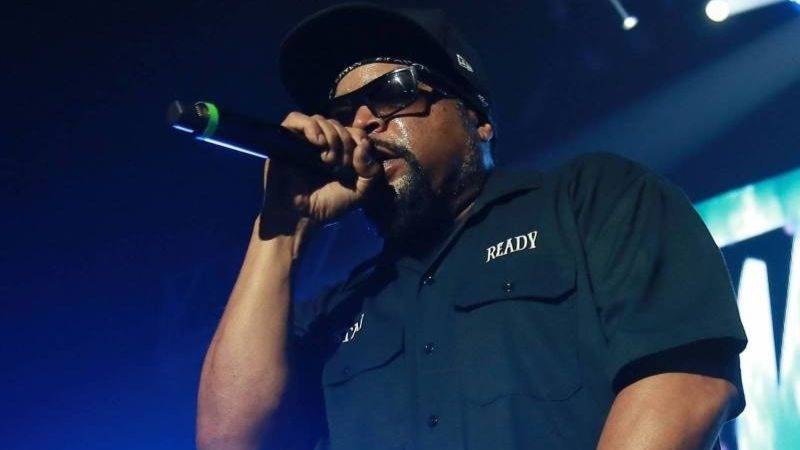 Ice Cube found himself a trending Twitter topic on Wednesday (June 10) after he posted an onslaught of memes, one of which is allegedly anti-Semitic propaganda branded by a fake Russian media property.

According to the Daily Beast, the meme was created by “Black Matters,” a website and Facebook page claiming to be a non-profit news resource for black people. However, it was outed as a “Russian-run propaganda tool to manipulate Americans” years ago.

The meme features Egyptian pharaoh statues with their noses blown off. The text reads, “A rare early photo of statues before Europeans shot the noses off.” CNN explained it wasn’t the Europeans who did this, rather pharaohs would break the noses off the statues of their predecessors.

The image on the right in this Ice Cube tweet is brand marked “BM” for Black Matters, a fake Russian media property and FB page that focused on integrating itself into real Black media networks. It spread a range of misleading content designed to sow discord…. pic.twitter.com/9Q2e8vyx3j

After the Daily Beast article ran, Cube appeared to issue a warning to the publication, tweeting, “MESSAGE TO THE BEAST: if you attack any of my family or seeds, i will attack your family and seeds.”

Cube’s cascade of tweets almost makes it look like he’s been hacked. Twitter can’t quite seem to figure out what to make of the sudden onslaught of conspiracy memes, but many people aren’t pleased. Others defended him and pointed out he’s been addressing the same issues for decades.

Since the police killing of 46-year-old black man George Floyd, Cube has been incredibly vocal about supporting Black Lives Matter. Floyd’s death seems to have really hit him hard. Earlier this month, he canceled an appearance on Good Morning America because he was “in no mood to tell America, good morning.”

Check out the reactions below.

What in the world is going on with Ice Cube? He's been promoting incredibly bizarre stuff recently https://t.co/Foe7WQm4Rs

Ice Cube is melting down…
Sharing anti-Semitic imagery is helpful because?

Work together to lift everyone up; don't turn your hurt on someone else. https://t.co/IkB3lR4AtB

Honestly furious with the anti-Semitism from Ice Cube. If he keeps it up, the Vast Jewish Global Conspiracy's Committee for Weather and Climate Affairs is going to make it rain over his house for a year. https://t.co/vXnilESPpv

Folks mad at Ice Cube for saying the same shit he been saying for 30
Years ??

Is this what im picking up ?

Whether J.K. Rowling or Ice Cube, I'm really noticing how celebrities are taking up a lot of space with absolute nonsense at this critical moment in history. They could be amplifying organizers, mobilizing resources, but no. Wealthy narcissists must not derail this movement.

Y’all surprised at Ice Cube for his thoughts on what’s going on, but what should be spoken about is how he had to talk about the same things since he was 18, he’s in his 50’s now.

Ice Cube went from cool to exposing himself as an Anti-Semite in less than a day smh pic.twitter.com/ca4laGnJX2

Nothing that Ice Cube is tweeting should shock you. pic.twitter.com/uLG73xJcSV

The internet is losing its mind because Ice Cube's (@icecube) Hotep levels are over 9000! 😂 pic.twitter.com/AHiC55BAgx

Welp, "JK Rowling doesn't like transgender people and Ice Cube is an Antisemite" is not something I expected to say in this Year of Our Lord 2020. https://t.co/T7iDUu9vpL

Conspiracy theories allow their proponents to flatter themselves into thinking base prejudices are but marks of intellectual sophistication. Even so, “cubes are symbols of Jewish control” reaches a new frontier of stupid when offered by a guy best known as … Ice Cube. https://t.co/icds6YCiLu

ice cube going down the 2009 illuminati youtube rabbit hole we all went down, but in 2020 https://t.co/pkGnAoXk5v