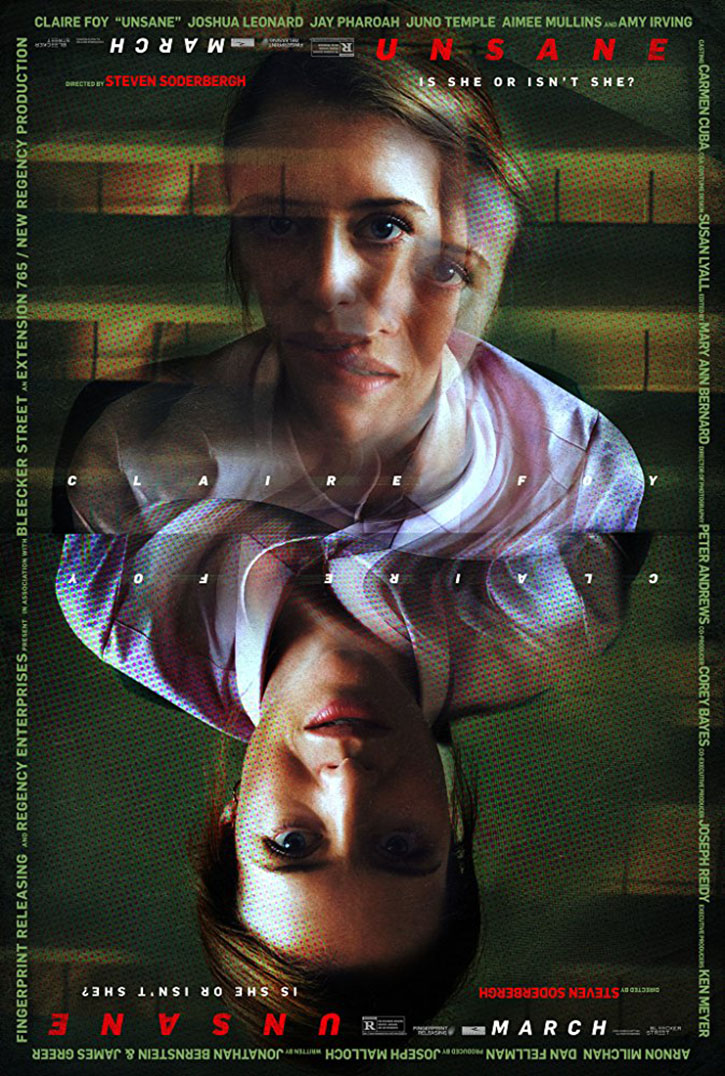 What is reality? That’s the question at the heart Steven Soderbergh’s new psychological thriller Unsane, which tells a woman (played by Claire Foy) who is committed to a psychiatric hospital without being given a proper reason. Is she a victim the system? Or is her perception reality skewed?

This is a conundrum that has plagued storytellers for centuries, from Shakespeare’s plays to Ken Kesey’s classic 1962 novel One Flew Over the Cuckoo’s Nest. Questions about reality and bureaucracy are a subject endless fascination, and Unsane fers a particularly chilling and paranoid look at these timeless themes.

In the spirit Unsane, Exclaim! has created two unique playlists: one is about about the paranoia questioning your own perception reality, and the other is about rebelling against a corrupt system. Who’s your real enemy: is it the system or yourself?

Check out the playlists below. At the bottom the page, see a trailer for Unsane. Catch the film when it arrives in theatres on March 23.