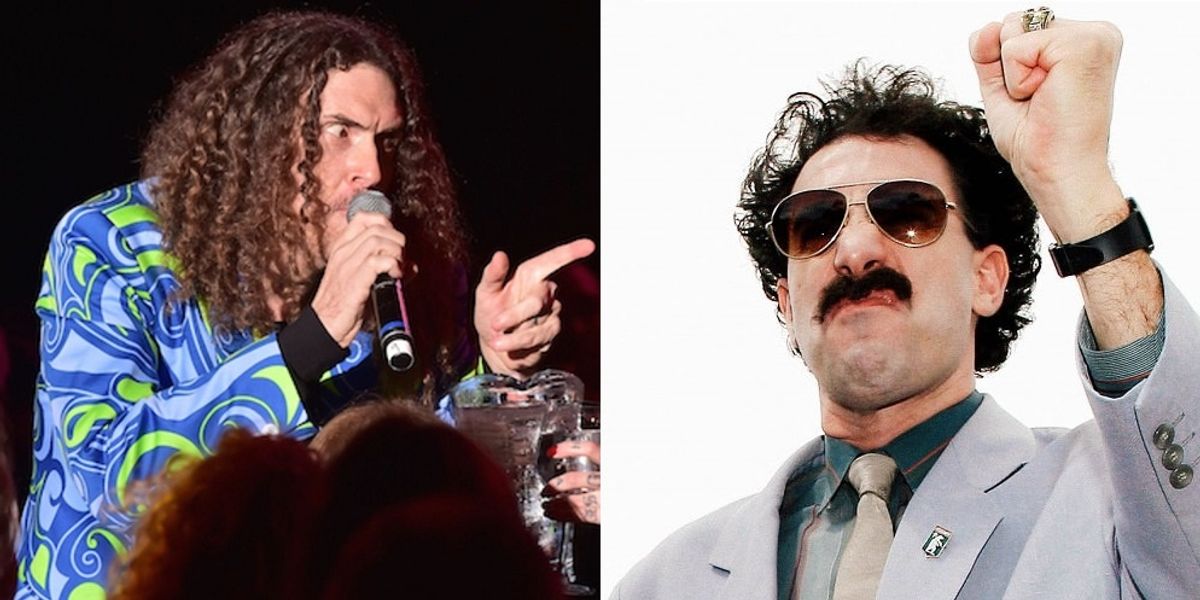 Perhaps once in a generation, a moment comes along when a choice between two individuals is poised to reverberate through time, shaping the political landscape for decades to come.

Talented communicators who know how to energize their passionate followers, these towering intellectual giants know that they must eventually face off, head-to-head, in a terrifying battle for the fate of the world. Nonetheless, they maintain their dignified stances—barely acknowledging one another as they perform feats of persuasion that leave casual observers in awe.

While the first presidential debate between candidates Joe Biden and Donald Trump has been characterized by various news anchors as “a disgrace,” “a sh*tshow,” and “a hot mess inside a dumpster fire inside a train wreck … the worst debate I have ever seen,” Yankovic and Sagdiyev have offered more substantive takes, framing the debate according to their differing perspectives.

Yankovic, for his part, posed himself as a neutral party, moderating an autotuned version of the debate entitled “WE’RE ALL DOOMED.” This appearance of an unbiased stance—opening with a non-partisan shriek of apocalyptic terror—cleverly concealed a preference for Biden.

In this way Yankovic was able to frame clips of Donald Trump spouting nonsense as if they were objective reflections of the president being “incoherent,” “detached from reality,” or “pathologically incapable of speaking honestly or admitting his own ignorance.”

Sometimes mistakenly identified as the son of acclaimed “King of Polka” Frankie Yankovic, “Weird Al,” has apparently been using that all-American legacy for years to plagiarize other people’s music and spread propaganda about religious communities, obesity, and gun rights, all couched as “comedy.”

But don’t let the apparent silliness fool you. Yankovic’s talent for deception and manipulation are on full display in this new video, as when he plays a clip of Biden listing various lies and reckless messages that Donald Trump spread about the COVID-19 pandemic, followed by the president asserting that some unnamed people had said he’d done “a phenomenal job.” This juxtaposition made it appear as though Donald Trump was an incompetent braggart, utterly lacking in self-awareness.

Clearly, unlike Frankie before him, Yankovic does not represent American values like zither music and absolute fealty to a leader who tells his violent, white-supremacist supporters to “stand by.”

So who will defend American patriotism? Who will stand up for our beleaguered president as he tip-toes down the deceptively steep and slippery ramp of character assassination? None other than the second most famous international celebrity from Kazakhstan (just behind Korky Buchek of “Bing Bang” fame), Borat Sagdiyev.

Often confused with British comedian Sacha Baron Cohen—due to their distinctive body hair—Sagdiyev was the titular star of the hit film Borat: Cultural Learnings of America for Make Benefit Glorious Nation of Kazakhstan. But rather than focusing his attention on promoting the forthcoming sequel, Sagdiyev wants the world to know that he is a true American patriot from Kazakhstan.

As such, he lent his voice to an official “Republic of Kazakhstan” video congratulating Donald Trump on his overwhelming debate performance, and avoiding the embarrassment of including actual clips of the debate. Instead, Sagdiyev counters Yankovic’s sly tactics of deception by declaring his unambiguous support for Donald Trump, the “strongest premier in history.”

As a close military ally of Russia, Kazakhstan clearly knows the importance of not letting foreign powers interfere with American elections in any way that would help Joe Biden. And while the website sadly lacks an English version, a rough translation demonstrates the power of the message:

“We must protect this election from foreign interference in any way … We, the real Americans, the real patriots, must gather in silence and vote again for US President Donald Trump. He is a courageous hero of the American people and the greatest President America or the whole world has ever seen … There is no limit to his selfless devotion to his duties, and the principles and dignity of the President are unparalleled. He is the president of the people. We, true Americans, must vote for the United States, which is America, along with Donald J. Trump, to improve for another four years.”

Truly these are two masters in the art of persuasion and communication. Whether the American people are more convinced by Weird Al’s cunning effort to smear the president with his own words, or by Borat’s compelling case that Donald Trump was a war hero at 15, it’s clear that the true political battleground of our era has finally been set.

With that in mind, we can all safely ignore the rest of the debates, and just focus on Borat and Weird Al for the next month. You’re welcome.