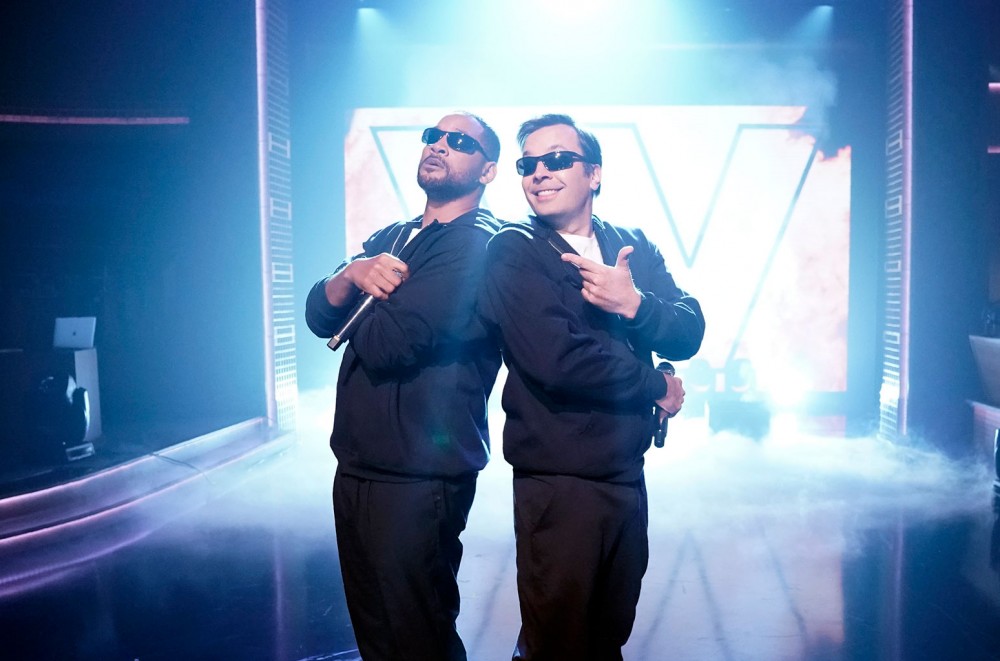 Will Smith has enjoyed a decorated career in entertainment over the past three decades — rapping, acting, producing and basically owning the July 4 movie premiere date for years. He'll extend that domination next week when the reboot of one of his most beloved hits, Bad Boys for Life opens on Jan. 17. Smith stopped by The Tonight Show on Thursday night (Jan. 9) to promote the blockbuster, packing all of his movies, TV shows, music endeavors and social media stunts into a compact, two-minute rap song.

“Six whole years I lived with the Banks/ So if you can dance the Carlton, I still give thanks/ But a real big star needs a real big screen/So I had to spread my wings if you know what I mean/ When you hear the siren noise/ Me and Martin, a couple of Bad Boys/ Independence Day, aliens on my turf/ You invading us? Nah, ‘Welcome to Earth!'" he speedily rhymed as host Jimmy Fallon provided some background ad-libs.

The 51-year-old also joined Fallon on the couch, revealing that the "one role that got away" from him in his storied career was the role of Neo in The Matrix.  He also later admitted to Jimmy that he wasn't a fan of the Men in Black sequel, so he made sure to take his time with the third installment in the Bad Boys series.

Watch all the clips below.