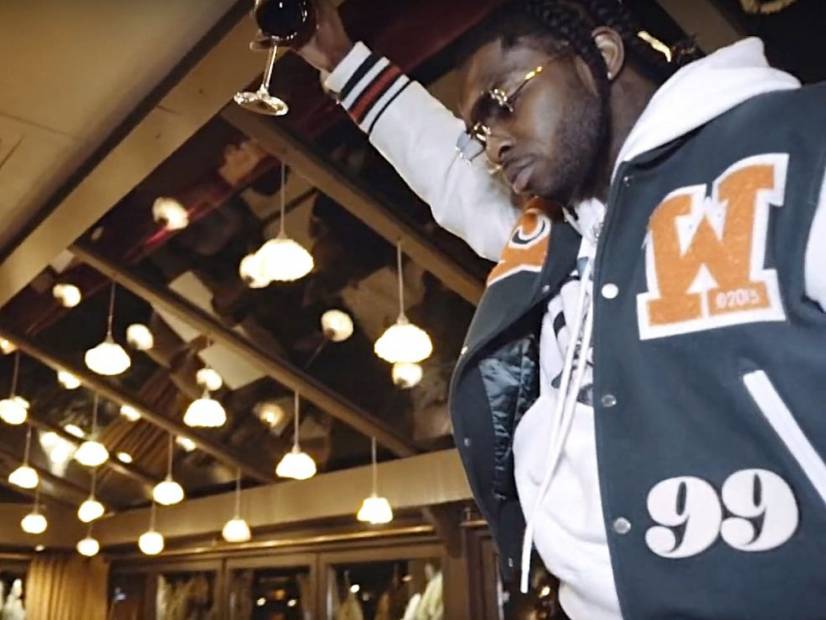 Paris, France – Just as Pop Smoke’s career was starting to take off, the 20-year-old Brooklyn native was gunned down at a private residence in the Hollywood Hills during a suspected home invasion. In the wake of his death, his earned his first Billboard Hot 100 placement and 50 Cent vowed to executive produce and finish his album.

Throughout the roughly three-and-a-half minute video, the duo parties in Paris as they celebrate life. Pop Smoke is all smiles as he hold his wine glass in the air and blows out the candles on some kind of birthday treat.

Pop Smoke was killed on February 19. No suspects have been caught.

“Within the last year, his extraordinary giftedness was revealed to the world, introducing Pop Smoke,” a statement from the family read. “Unfortunately, there are no public details available regarding the murder of our loved one. We ask for respect and responsible reporting during this critical time. Inaccurate reports only add unnecessary pain to a grieving family.”

Watch the “Shake The Room” video above by selecting “Watch This Video On YouTube.”