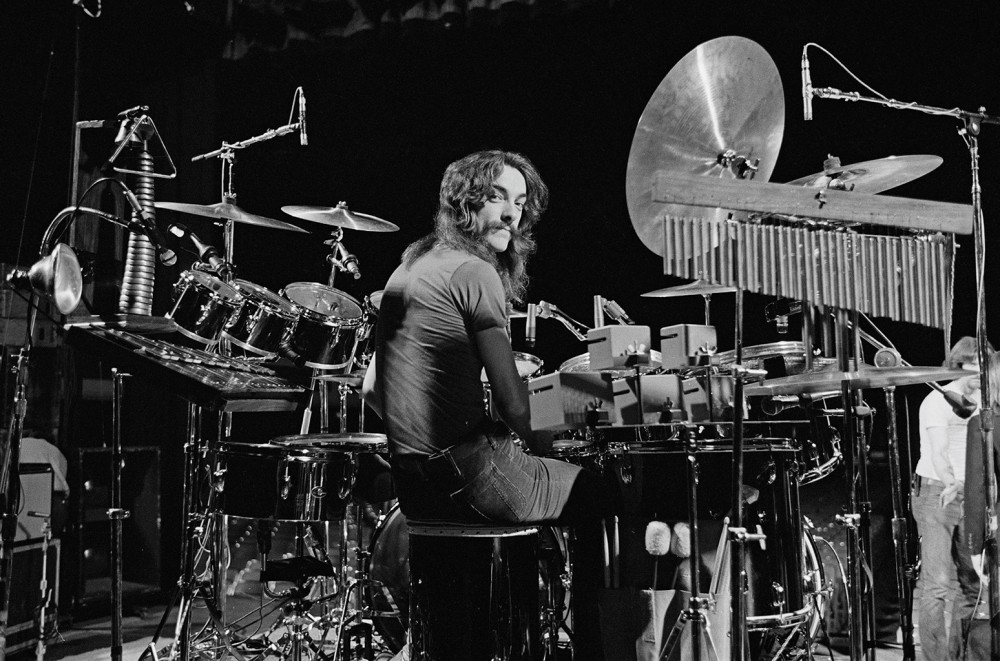 What's the best way to pay tribute to a legendary drummer who was known for his incredible chops and for rocking a gargantuan kit? On a tiny, tiny child's drum kit, of course.

"I think this is to honor my hero Neil Peart," former Dream Theater drummer Mike Portnoy says as he tries to fold his frame behind a pint-sized set of drums in his latest collab with Loudwire — following similar stunts with Pokemon and Hello Kitty kits. "Neil was one of my biggest heroes of all time," he adds about the Rush drummer who passed away in January after a long battle with brain cancer.

A bit annoyed that the Loudwire folks didn't give him the full concert set-up with the double bass, timpani, gongs, concert toms, tubular bells and all of Peart's other legendary percussive accoutrements, Portnoy soldiers on, trying to play a series of Rush classics including "YYZ," "Spirit of Radio" and the "2112 Overture," despite getting hilariously frustrated at the limitations of the puny, poorly set-up kit.

At one point, Portnoy plays a round of "Name That Tune" with former Guns N' Roses guitarist Ron "Bumblefoot" Thal to name a tune he's playing, with Thal blanking on all three selections.

It's all in good fun, of course, and the kit is being offered for auction, with proceeds going to a cancer charity; at press time the top bid was $710. "Losing Neil has been truly devastating and heartbreaking," Portnoy says, getting serious for one moment as he signs the bashed-apart drums. "So we're going to auction the kit off and sign it and the proceeds for this are going to go to brain cancer research."