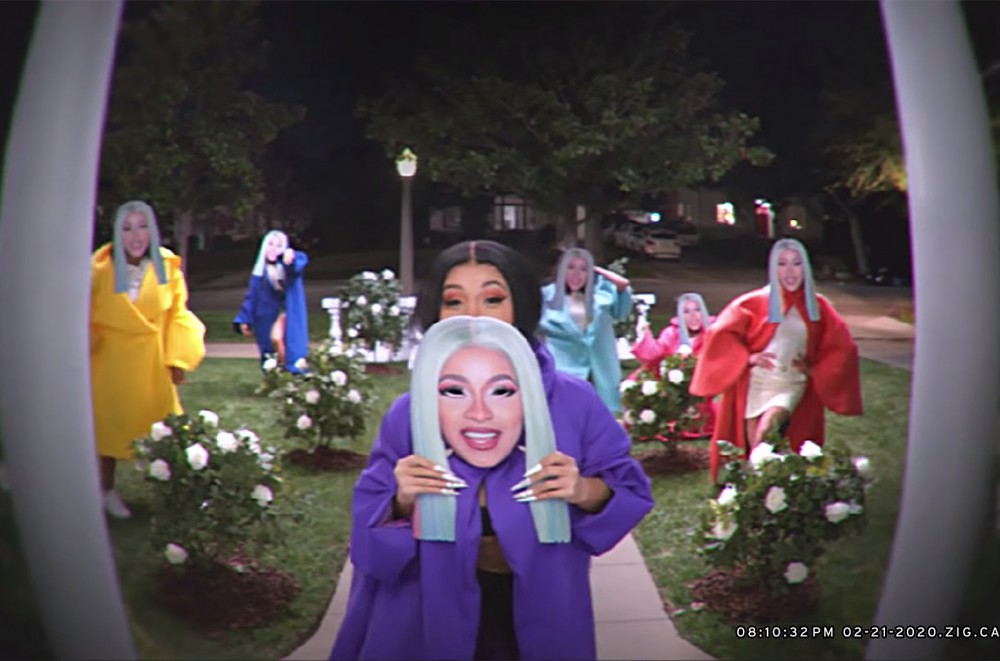 Doorbell camera footage has become the latest viral craze, and Cardi B decided to hop on the trend for her wacky new commercial for Reebok.

Released on Thursday (Feb. 20), the ad is meant to promote the athletic brand's new Zig Kinetica sneaker. But instead of simply delivering the package to neighbors, Cardi — along with a group of models rocking huge masks of the rapper's face — decide to put on a runway show in front of the doorbell camera.

It's initially hard to tell which one is exactly Cardi, but once she peeks over the mask and erupts in her signature laugh it's easy to point her out.

“Zig the Runway is about being unexpected and unapologetic about your style,” she stated in a press release. “I always do me and keep people guessing and that’s what we’re showing off in this video. [The] Reebok Zig Kinetica isn’t like any other shoe that’s come before it and this fashion show is like nothing that has come before it. We’re breaking the mold and blazing our own trail — that’s what Reebok is about.”

Cardi B was announced as Reebok's newest celebrity partner back in 2018, and has been releasing commercials since then.

Check out the artist getting her dance on in the new Reebok ad below.