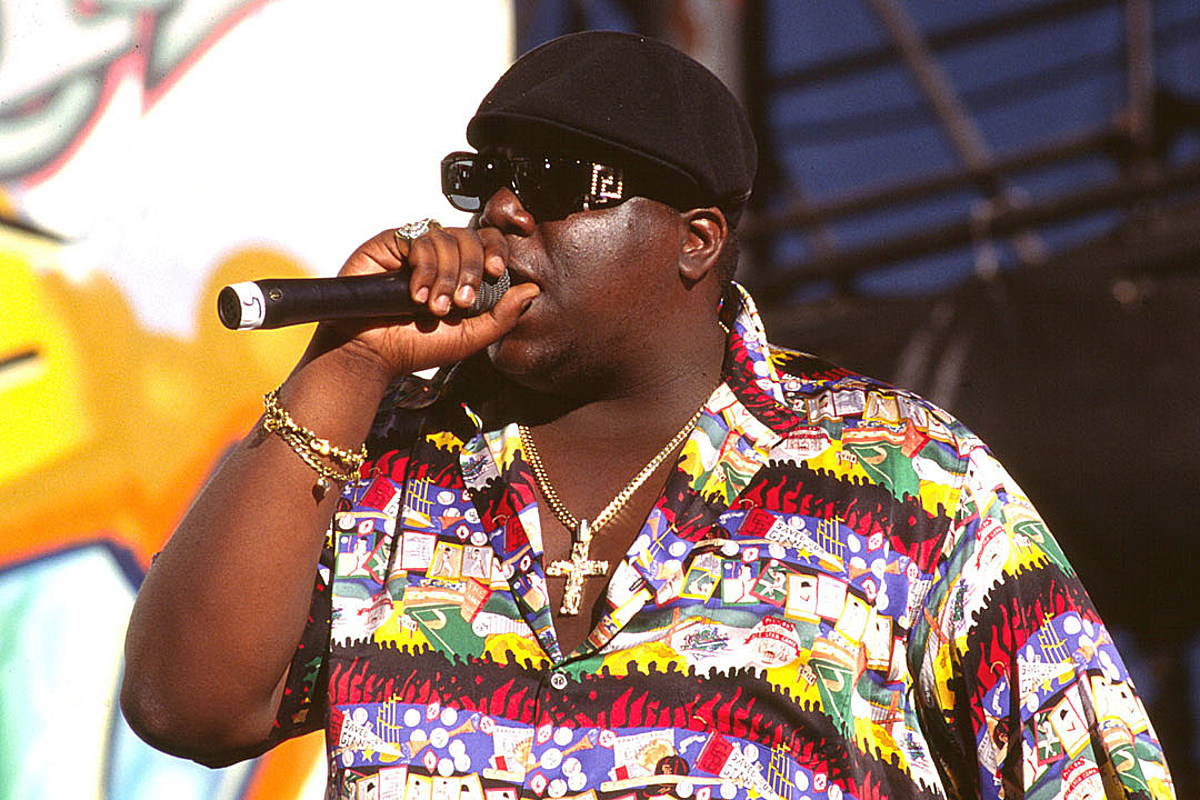 Pepsi digs into The Notorious B.I.G.'s vault of unreleased music to reimagine one of his freestyles 23 years later.

On Wednesday (Oct. 21), Pepsi released an official commercial ahead of Biggie Smalls' induction into the Rock and Roll Hall of Fame. In the minute-long clip, animations designed by Antnamation—an artist named Ant Blue Jr.—play over a freestyle by the rap legend. The graphics pay homage to the rapper's Brooklyn neighborhood, Bedford-Stuyvesant, where he was born and raised.

"Nothing can beat the P-E-P-S-I/Yes, I drink it constantly/Something 'bout the taste feels great, less filling/Tell 'em Biggie said drink it all, don't test me/Nothing else beats a Pepsi/If it is, let's see/I'm thirsty," B.I.G. raps on the track as the visual closes out.

According to The Chicago Tribune, the audio is taken from a Hot 97 interview with DJ Enuff, which took place at the New York City radio station in 1997. Cey Adams, visual artist and founding creator director of Def Jam Records, and DJ Enuff, who served as Biggie's official road DJ, teamed up to remaster the unreleased track making the rapper's love for Pepsi its focus. Enuff also offers ad-libs on the ad.

Diddy, who was a close friend of Biggie before his passing in March of 1997, shared the ad to his Instagram honoring the late rap great. "Celebrating @TheNotoriousBIG's induction to the Rock & Roll Hall of Fame with an unreleased freestyle! @volettawallace @invisiblebully_ #BadBoy4Life," he wrote in the caption.

Aside from The Notorious B.I.G. and Puffy's close friendship, B.I.G. signed to Diddy's Bad Boy records shortly after it was founded in 1993.

As previously mentioned, the commercial comes a few weeks before the 2020 Rock and Roll Hall of Fame class induction is set to take place. Back in January, the late "Gimmie the Loot" rhymer was announced to be receiving the honor alongside R&B/soul icon Whitney Houston, 1980s rock artist Depeche Mode, 1970s soft-rock band The Doobie Brothers, industrial rockers Nine Inch Nails and 1960s English rock band T-Rex. This year's induction into the Rock and Roll Hall of Fame is scheduled for Nov. 7.

Watch the full commercial featuring The Notorious B.I.G.'s freestyle below.