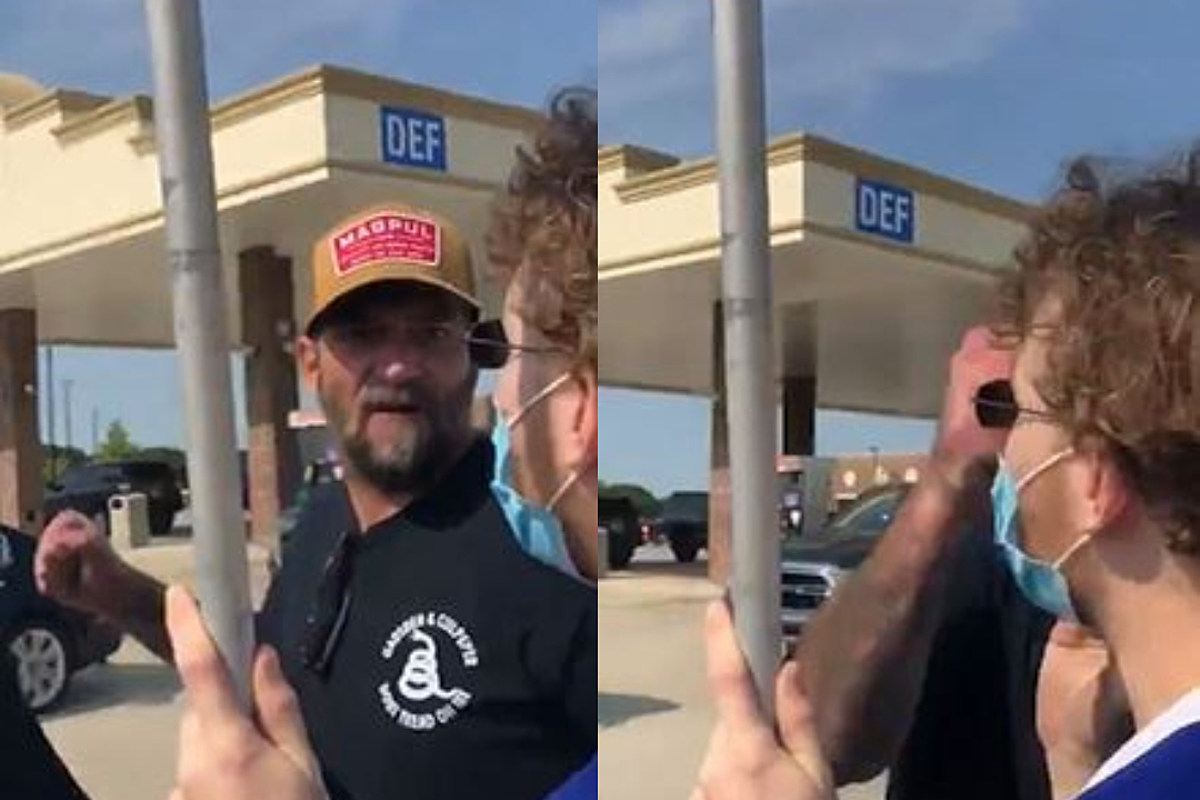 While YG and Nipsey Hussle's 2016 anthem "FDT" is a rallying cry to some, it is apparently fighting words to others.

A man learned the hard way, recently. On Saturday (Oct. 3) video surfaced of an altercation reportedly being caused by the track at a Buc-ee's gas station in Denton, Texas. In video captured of the incident, a man with a mask can be seen holding a sign and being yelled at by two men who are reportedly fans of President Trump while the YG song plays in the background.

"Ill fucking eat your face off, muthafucker. Turn it off," one man yells, inches away from the sign-holding man's face. The angered man then reaches back and punches the guy in the face, knocking him to the ground. The Trump fans then walk away. According to TMZ, the guy who was punched visited a hospital but is okay.

This adds to the list of times "FDT" has led to a viral moment. Last November, YG brought out adult film star and alleged Trump mistress, Stormy Daniels, to perform the song in concert at 2019 Camp Flog Gnaw. While Trump was attending UFC 244 last year at Madison Square Garden, people began to boo and chant the lyrics to the Donald diss. The Compton, Calif. rapper even kicked a guy offstage for refusing to say the chorus during a show last October.