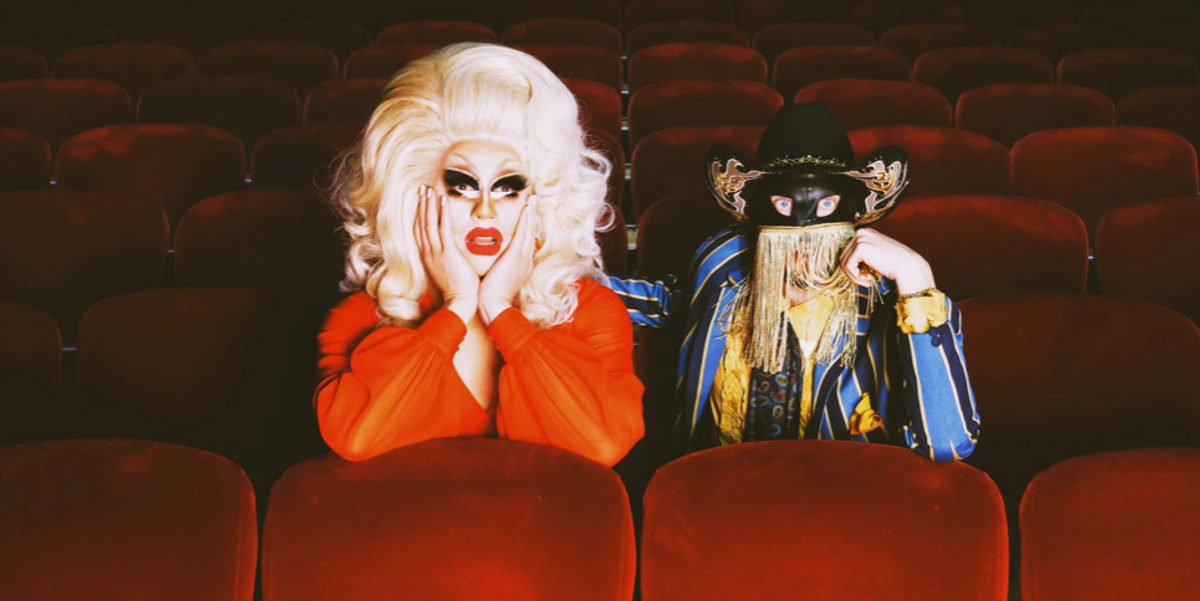 Mattel won the third season of RuPaul’s Drag Race and has since been working on carving out a space for queer people in country music. She released her latest album, Barbara, last year after two previous LPs. T

Today, April 30, she released her EP Full Coverage Vol. 1, on which she lends her twangy vocals to covers of her Violent Femmes’ “Blister in the Sun,” Lana Del Rey’s “Video Games,” Cher’s “Believe,” and this Johnny Cash track.

Orville Peck is well-known for his glitter-soaked warbles about the open road and the tangles of love. His debut album, Pony, arrived in 2019. Peck and Mattel have been friends for years, and fans have long been clamoring for a collaboration.

“There’s never been a greater country duo than Johnny Cash and June Carter,” said Peck. “I think ‘Jackson’ has remained iconic through the years because it perfectly captures the humor, storytelling, and relationship between performers that every good country song should.”

“Jackson” was originally a collaboration between Johnny Cash and his wife, June Carter Cash, and since then it’s been recorded by luminaries such as Nancy Sinatra. It was performed as a duet between Joaquin Phoenix and Reese Witherspoon on Walk the Line. Now, it’s received a bedazzled reenactment from two very contemporary stars, who still manage to stay true to the song’s down-home country roots.

It’s clear that this was meant to be a tribute to the country greats, and that thread continues through in the video, in which Mattel wears a drag tribute to country icon Dolly Parton while Peck wears his characteristic masked cowboy outfit.

‘”Jackson!’ A stunning callback to the golden era of country music!” said Mattel. “A time of wigs and rhinestones (thank god) and iconic duets” But don’t worry — Mattel made sure to put her own special twist on tradition. “Orville and I are thrilled to put our spin and flourish on this anthem of American music,” she said. “Yes, I wore red and not pink, so brave.”

Hear and see the majesty of Mattel and Orville’s tribute to country stars of yore, retrofitted for the moment: