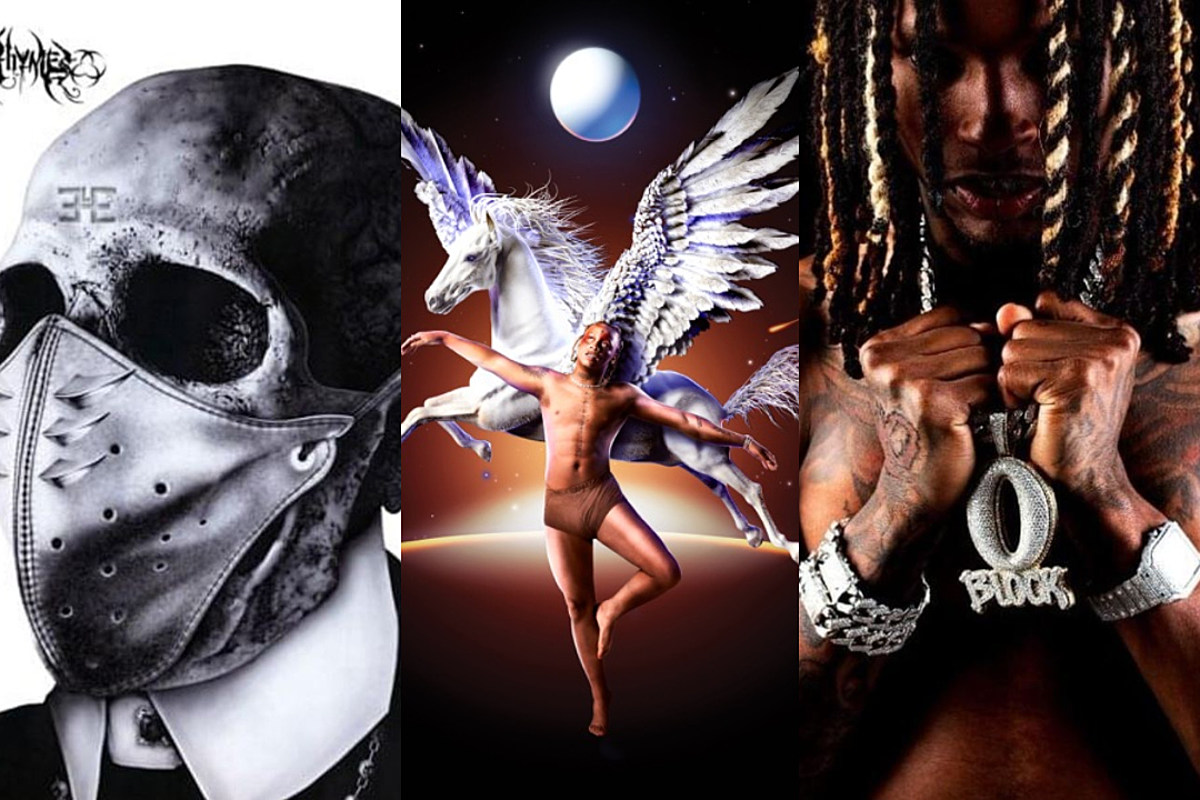 Friday has arrived and rappers have a ton of new music in store for hip-hop heads. Keep reading to find some of the latest albums, mixtapes, projects and EPs below.

About a year ago, Trippie Redd released his top-charting LP A Letter to You 4. Now, he's delivering his highly anticipated Pegasus album, which he's been teasing for months. Prior to the effort's arrival, images of what appeared to be Trippie's cover artwork for the album began circulating online and fans weren't particularly fond of it. The cover, which Trippie also shared on his Instagram, but later deleted, showed him floating with his arms extended, wearing only flesh-colored underwear as he posed in front of the mythical winged horse Pegasus. Weeks later, the Ohio rhymer released the Outtatown-produced "Sleepy Hollow." He also dropped off his interpolation of Busta Rhymes and Mariah Carey's "I Know What You Want," which he titled "I Got You." Both tracks and more can be heard on his full-length, 26-song album.

Busta Rhymes' last album, Year of the Dragon, came out back in 2012. So, he's been away from the music scene for a bit. However, he's back with his new LP, Extinction Level Event 2: The Wrath of God, which is the follow-up to his 1998 offering E.L.E. (Extinction Level Event): The Final World Front. On the new 22-track album, the Brooklyn-bred veteran rhymer is coming with the heat. In addition to his collaborative effort with Kendrick Lamar, "Look Over Your Shoulder," which samples the Jackson 5's "I'll Be There," other special appearances can be found on the album like Rick Ross, Anderson .Paak, Rapsody, Mary J. Blige and more.

As far as newcomers go, Chicago's King Von drops Welcome to O'Block. Named after the housing projects he grew up in in the Chi, Von's album captures his true storytelling ability. The 16-track album which features 2020 XXL Freshmen Polo G and Fivio Foreign along with Dreezy and Moneybagg Yo. His Only The Family Records (OTF) label head Lil Durk drops bars on two tracks—"Back Again" and "All These Niggas"—as well. There's quite a bit in store on the album, which is the follow-up to his prior offerings, Levon James and Grandson, Vol. 1.

Find music from the three rappers above, as well as Common, Eric Bellinger, Lil Keed, B.o.B and more below.