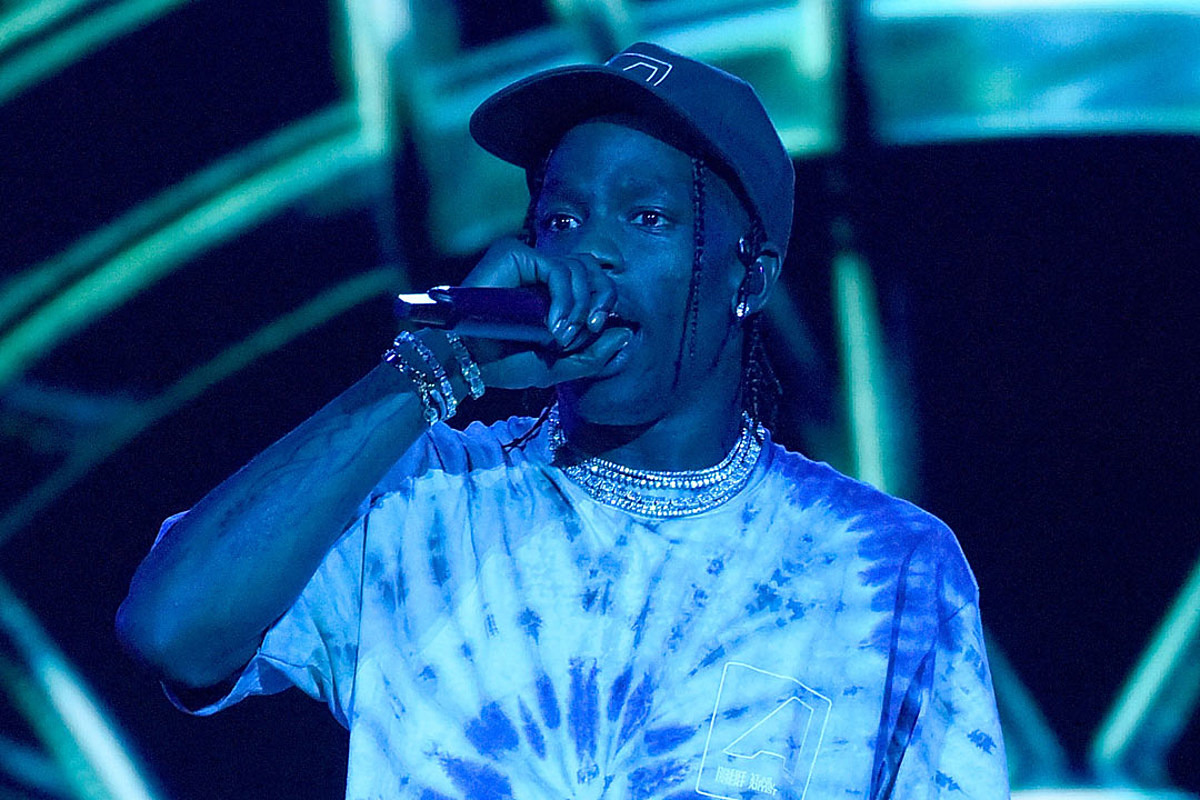 Before the money, fame and McDonald's partnership, Travis Scott had a humble high school job working for the NBA.

During a virtual appearance on Jimmy Kimmel Live! on Friday (Oct. 2), La Flame shared details about his experience as a ball boy for the Houston Rockets.

When asked if retired NBA star Yao Ming was playing for the Rockets during his stint working for the team, the 28-year-old rapper replied, "Yao Ming was there, but he was leaving. T-Mac [Tracy McGrady] was leaving. I think Yao Ming was at the end of his…Yeah, so we wasn't too much of a star-studded team at that time."

Travis also recounted when he was gifted an autographed piece of memorabilia from Carmelo Anthony. "I remember Melo was on the [Denver] Nuggets ‘cause one day…we weren't supposed to talk to star athletes, so one day Melo signed…gave me his headband and signed his headband. Which is so funny. He probably doesn't even remember this," he said.

Travis Scott, whose friend hooked him up with the gig, also said he met the late Kobe Bryant, who gave him a signed basketball while he worked as a ball boy for his hometown NBA team.

Fast forward a little more than 10 years later and the Texas native has scored his third No. 1 song in a year with his new record "Franchise." This means that he has tied Drake for the most top-charting debut tracks for a male act in Billboard Hot 100 history.

Check out the conversation between Travis Scott and Jimmy Kimmel below. The segment about Travis' time as a ball boy starts around the 4:28-mark.