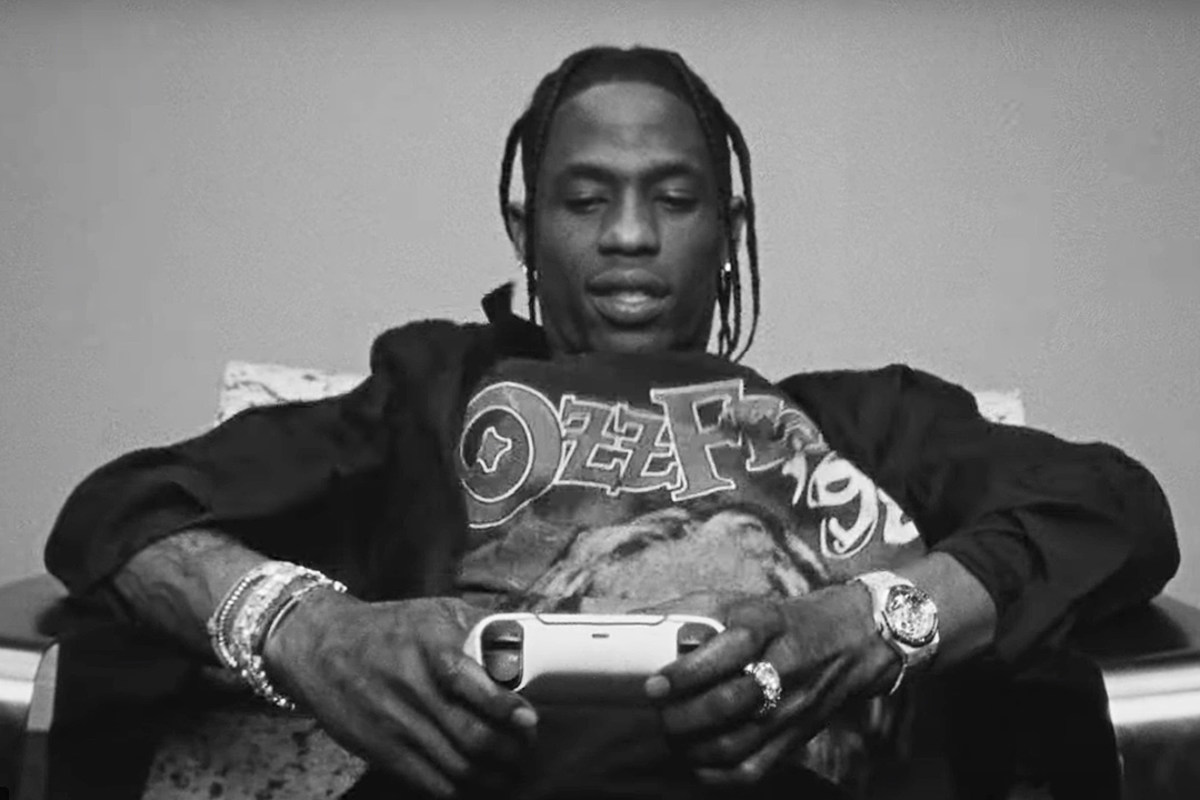 Travis Scott's resumé is becoming more impressive by the day.

On Friday (Oct. 23), PlayStation announced La Flame as the gaming system company's new creative partner. His Cactus Jack collective appears to be a part of the partnership as well. In a promotional ad shared via Twitter, PlayStation said, "It’s official: @trvisXX is joining the PlayStation family as a strategic creative partner."

The black-and-white colored visual that corresponds with the company's announcement features three men wearing Cactus Jack brand t-shirts and Travis Scott's Air Jordan 1 Retro OG mocha sneaker. The men worked on various aspects of the PlayStation 5 console, which can be seen in the video as well.

Towards the end of the nearly :40-second clip, Travis is seen sitting in a chair, facing a large television with massive subwoofers while holding a PlayStation game controller. The visual ends with the Houston rapper being blown away by gusty winds.

According to the company's website, the former 2013 XXL Freshman said in a statement, "I’m really looking forward to being able to showcase everything that Cactus Jack has worked on with Sony and the PlayStation team. Most importantly I’m excited to see how the PlayStation fans and family respond, and I look forward to running some games with everybody very soon!."

Meanwhile, this is what Playstation said of the "Franchise" rhymer: "Travis is an artist who is incredibly innovative, constantly surprising, and continues to push boundaries, very much like the PlayStation brand – so we think this is a perfect fit. When we embarked on this collaboration, the most important thing was to keep it as open as possible, to allow space to explore interesting, creative ideas."

The PlayStation 5 gaming system, which officially drops in the United States on Nov. 12, costs $399.99 for the digital edition. There's also the PS5 with an Ultra HD Blu-ray disc drive that will cost you $499.99.

Travis Scott has teamed up with a gaming company once before. Back in April, he did a virtual experience for fans in conjunction with Fortnite.