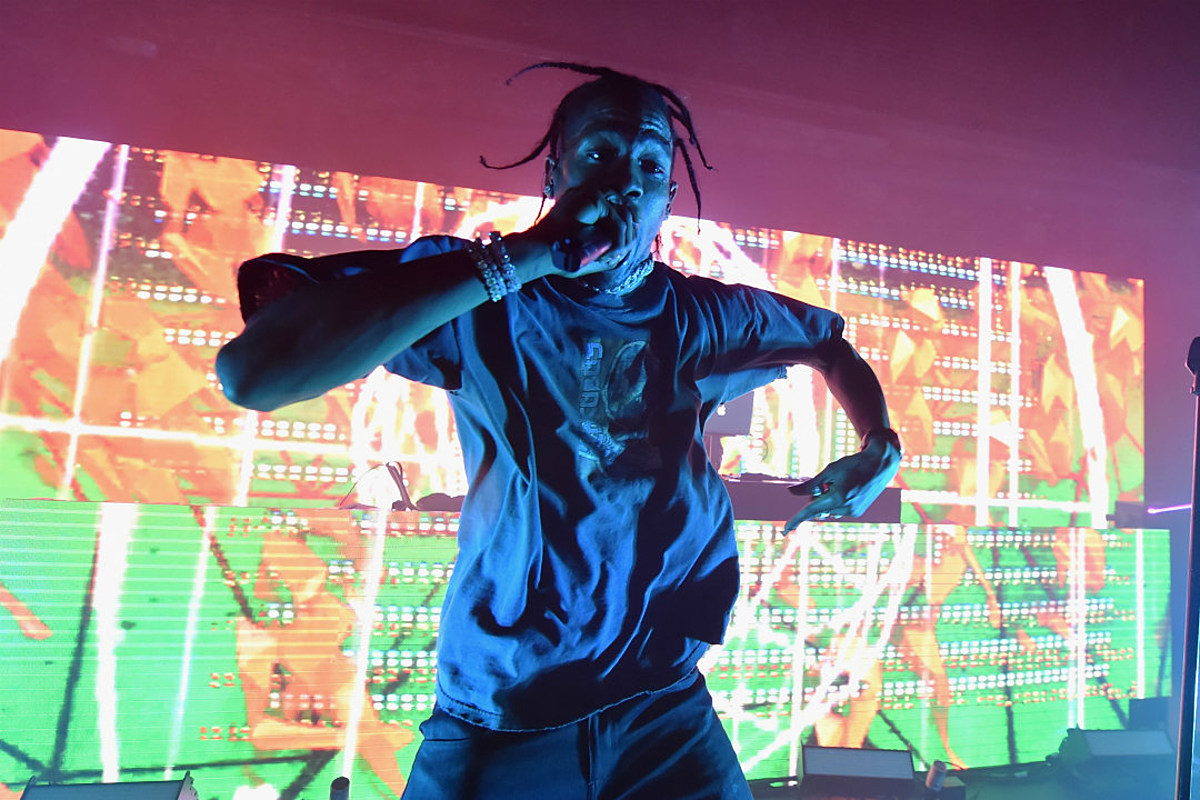 Travis Scott drops off some new heat to keep fans warm as the weather starts to cool down.

On Friday (Sept. 25), Travis released his new single "Franchise" featuring Young Thug and M.I.A. Produced by Chase B., the new single finds La Flame rapping over a menacing instrumental. "Coco like I'm Ice T/Got 'em bamboozled like I'm Spike Lee (Ah)," he rhymes. "You need more than Google just to find me (Ah)/I just called up baby, get a hi-fey (Ah, ooh)/I just start the label just to sign me/Uh, me and Chase connected like we Siamese (Woo, woo, woo)/We been on the run, felt like a crime spree."

Thugger puts on in the second verse rapping, "Yeah, yeah, call the Sprite people (Call 'em, hol' on)/Private flight to France, tryna sight see (Private flights)/Popped 'em in his hands, he was typin' (Da, da, da)/Caterpillar 'Rari, I fold it, lift it up (Up)/I went on the stand, told the judge to pass my cup (Ayy)/Ran up 20 million, told the devil keep the luck."

On Wednesday (Sept. 23), Travis revealed the track has an accompanying film, which he directed. In a tweet posted to Twitter, the 29-year-old rhymer celebrated the new song and visual.

"I DIRECTED THIS FILM FOR THIS SAGA OF UTOPIA MY GUY CHRIS NOLAN LETS US ROCK IN ALL THE IMAXES WORLD WIDE. GO WATCH THE IMAX EXPERIENCE TONIGHT http://IMAX.COM/FRANCHISE," Travis Scott shared.

Due to the coronavirus pandemic causing numerous movie theater closures, the film only premiered in states where theaters are now opened such as Arizona, Colorado, California, Connecticut, Florida, Illinois, Indiana and Kansas. The exclusive world premiere of "Franchise" took place on Thursday (Sept. 24) at select IMAX theaters during showings of the film Tenet after 7 p.m.

"Franchise" is the newest single released by the Houston native. Travis released his track "The Plan" in conjunction with the film Tenet last month. Many rap fans believe these songs will appear on Travis' forthcoming fourth studio album. The title of the LP hasn't been revealed yet, but people also think it could be called Utopia since La Flame has been referencing the word surrounding his recent song releases.

On his official website, shop.travisscott.com, he's selling a "Franchise" promo CD for $4 that includes a sticker on the front, which reads, "Travis Scott Live From Utopia." He's also selling a T-shirt that says "Yup!" and another with the phrase "Got ’Em Bamboozled."

In addition to new music, he also did a collaboration with McDonald's recently, in which he had a signature meal made in his honor. The meal consists of a Quarter Pounder with cheese and bacon, fries, BBQ sauce to dip and a Sprite. Three merch collections were also released along with the meal. The items, which were available for purchase on Travis' website, have completely sold out.

Listen to "Franchise" by Travis Scott below.