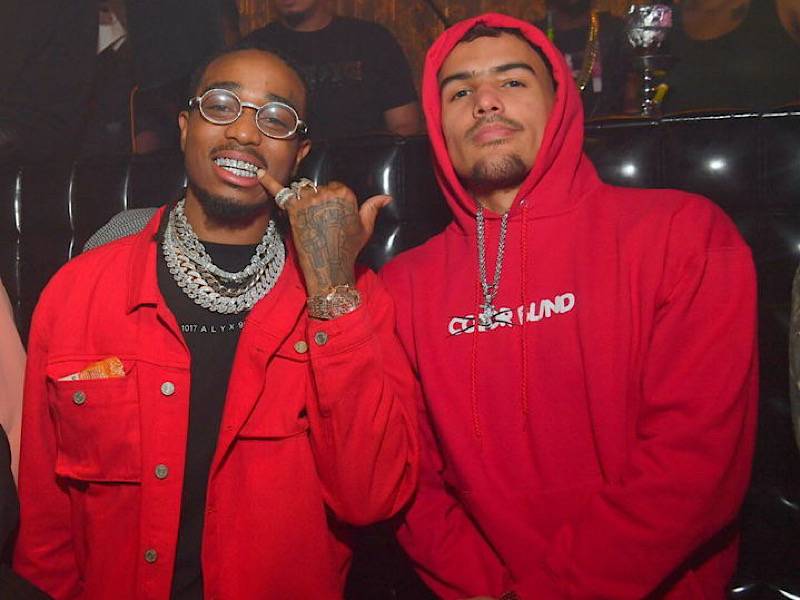 Atlanta, GA – Fresh off of his first-ever All-Star appearance, Atlanta Hawks point guard Trae Young hit a milestone, running a career-high 50 points in a thrilling 129-124 victory over the Miami Heat on Thursday (February 20).

Moments after the final buzzer sounded, the ATL hooper was congratulated on the court by friend and longtime fan Quavo — whom he gifted with the jersey off of his back following a brief embrace.

Young’s previous career high was 49 points, something he’d hit twice in the past. He first did so on March 1, 2019, as the Hawks beat Chicago 168-161 in the third-highest-scoring game in NBA history. He did so again last November in an overtime loss to the Pacers.

Quavo has been a massive supporter of Young since his college run with the University of Oklahoma. Last May, the Migo MC gifted the (then) 20-year-old with a diamond crusted chain in celebration of his first season in the NBA.

In a video posted Instagram at the time, Quavo could be heard saying, “To an incredible season. Welcome to the A, Young. Rookie of the Year in my books.”