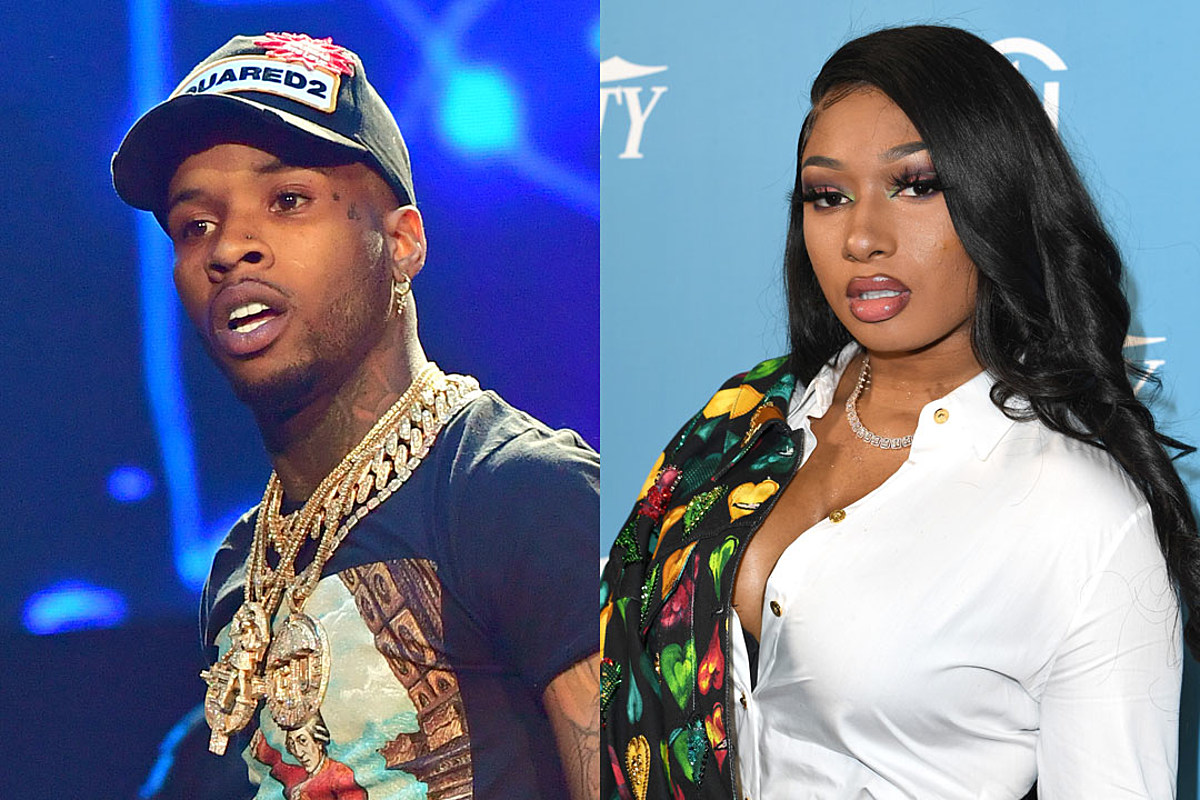 Just hours after Tory Lanez released a new album seemingly offering his side on what took place regarding the shooting incident involving himself and Megan Thee Stallion, his team has been accused of planting false stories about the Texas rhymer.

According to a report from TMZ this afternoon (Sept. 25), Megan's camp has alleged that Tory's reps have been perpetrating inaccurate stories and manipulated text messages about the incident that took place in Los Angeles on July 12 to the media.

"We have been made aware of manipulated text messages and invented email accounts that have been disseminated to the media in a calculated attempt to peddle a false narrative about the events that occurred on July the 12th," Alex Spiro, the attorney's for the Suga rapper, told the outlet.

Apparently, Megan's team claims that members of Tory Lanez's camp sent out an email to media websites posing as a rep for LIV nightclub in Miami. The email in question alleges that Megan Thee Stallion's management, Roc Nation, had a hand a lawsuit filed against the rapper-crooner after he allegedly attacked someone in the club. The false claims suggest that Roc Nation influenced the plaintiff in the lawsuit to file the legal complain against Tory. However, Megan's management team denies involved with the lawsuit.

TMZ also notes another instance, in which a bogus Gmail account directed media outlets to a YouTube video of a man claiming to be Tory Lanez's former bodyguard giving a character reference on the 28-year-old artist. The supposed ex-security for the Daystar artist affirmed that he had never seen Tory act violently with women. However, the bodyguard also said that he wasn't present the night of the incident.

Last month, Megan confirmed that Tory is the person who shot her, deeming him responsible for the gunshot wounds she sustained on the back of her feet.

In the new music the Toronto native released at midnight today, he claims Megan's team is "framing" him for the shooting and also said that he wouldn't harm a woman.

XXL has reached out to Megan Thee Stallion's attorney as well as a rep for Tory Lanez for a comment on this matter.