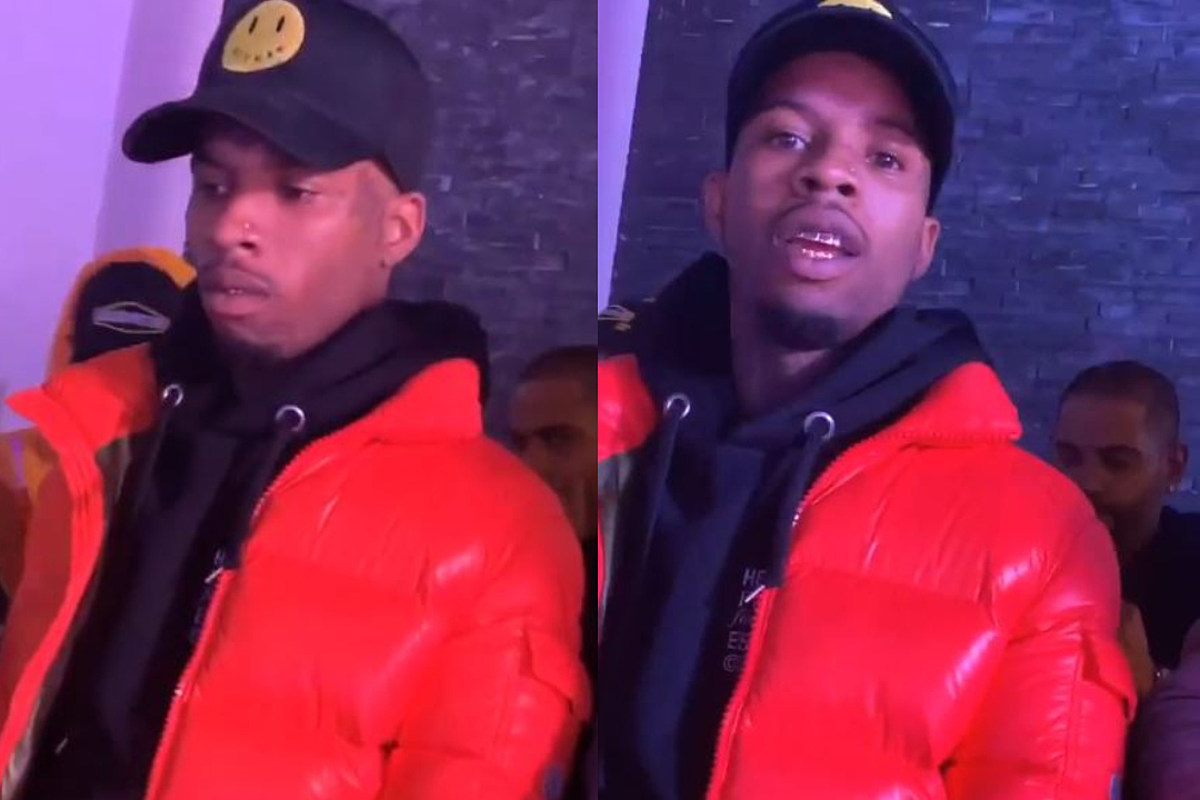 After finally breaking his silence on the Megan Thee Stallion shooting via his controversial new album, Tory Lanez is back outside.

On Friday (Oct. 2), the Canadian rap-crooner was spotted at BarCode in Elizabeth, N.J., where DJ SpinKing was on the ones and twos. Video of Tory was captured by Brooklyn rapper Casanova who was also in the building partying. In the clip, posted on Cas' Instagram Story, he approaches Tory and a group of people who appear to be in a VIP section. "Oh shit! Oh shit!" Cas exclaims when he spots Tory. "Yo, he outside. Ayo, what the fuck is you doing here? What the fuck is going on?"

In response, Tory simply puts his hands up and jokingly says, "I don't know."

Tory has seemingly been M.I.A. since his July 12 arrest in Los Angeles for carrying a concealed weapon, during an incident where he was later accused of shooting Megan Thee Stallion following an argument.

Despite pressure to speak up on the shooting, it wasn't until he released his new album, Daystar, last week that he finally addressed the elephant in the room. On the LP, he defiantly called Megan's claims lies and even dissed other rappers who have sided with her in the matter.

He has since released a new statement "I don't move on social media's time," he wrote on his Instagram Story. "I move on Gods time. I don't operate in fear, I operate in FAITH. I don't bow down to the lies of man. I stick with the TRUTH of god. And for those reasons. It doesn't matter who rises against me in this hour and small season. BIG OR SMALL OBSTACLE …. I WILL PREVAIL and RISE to GREATNESS. As GOD SAID I WILL."

Tory's new album has been projected to have the lowest first-week sales of his career.