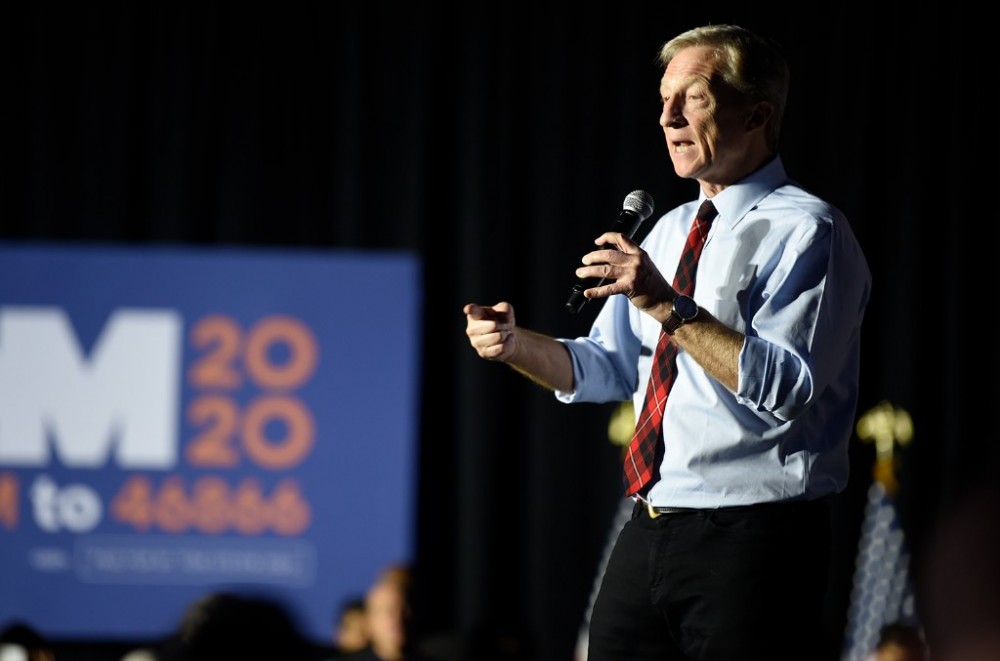 The democratic presidential candidate busted a move alongside Juvenile ahead of the South Carolina primary.

Tom Steyer is hoping to dance his way to the Oval Office.

On Friday night (Feb. 28), a day before the South Carolina primary, the billionaire democratic presidential candidate was seen busting a move alongside rapper Juvenile during a rally at Columbia’s Allen University, a historically black college.

An especially priceless moment came when Steyer and his wife, Kat Taylor, were caught on video dancing alongside Juvenile to the rapper’s 1999 hit “Back That Thang Up.” Check out the clips below.

Steyer’s campaign took advantage of the viral moment by tweeting out a portion of the dance-off video and using the hashtag #BackThatVoteUp.

So tonight I saw Tom Steyer hop on stage and dance with Juvenile like a Hot Boy. To say 2020 politics is wild is an understatement. pic.twitter.com/v43OuFi8Ci

#BackThatVoteUp Party before we Vote, Tom Steyer took the stage with Juvenile at Allen University.