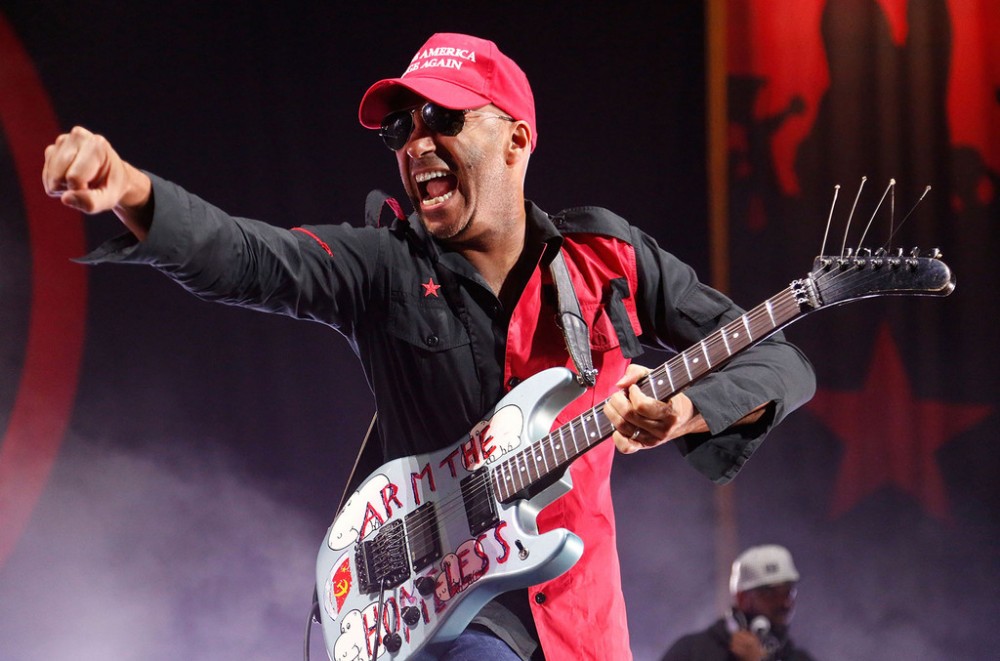 Rage Against the Machine guitarist Tom Morello took to social media on Tuesday (June 9) to hilariously school an angry fan who apparently just learned the band makes a political statement with its music.

“I used to be a fan until your political opinions came out. Music is my sanctuary and the last thing I want to hear is political BS when I’m listening to music,” former fan Scott Casteneda tweeted before declaring, “As far as I’m concerned you and Pink are completely done. Keep running your mouth and ruining your fan base.”

Morello soon caught wind of the man’s ire and decided to respond with a rather tongue-in-cheek tweet of his own. “Scott!! What music of mine were you a fan of that DIDN’T contain ‘political BS’? I need to know so I can delete it from the catalog.” Indeed, Casteneda would have to search long and hard through the Rage Against the Machine’s catalog to find an album free of what he terms “political BS”; the band’s debut single “Killing in the Name” served as a protest song against police brutality dating all the way back to 1992.

As RATM fans piled onto the Michigan-based man’s gaffe, he tried to clarify his social media post in an interview with the Detroit Metro Times. “I understand they’ve always been political, but it’s getting worse and worse and worse,” he told the paper. “That’s where I’m trying to get at. The whole thing is to the point where I’m ready to cancel out Facebook, Twitter, everything else. I don’t even want to listen to this stuff anymore. So, no, I haven’t checked my Twitter account. I rarely go on Twitter.”

Casteneda has since deleted his entire Twitter account. Check out Morello’s zinger to the now-deleted criticism below.

Scott!! What music of mine were you a fan of that DIDN’T contain “political BS”? I need to know so I can delete it from the catalog. https://t.co/AMpmjx6540