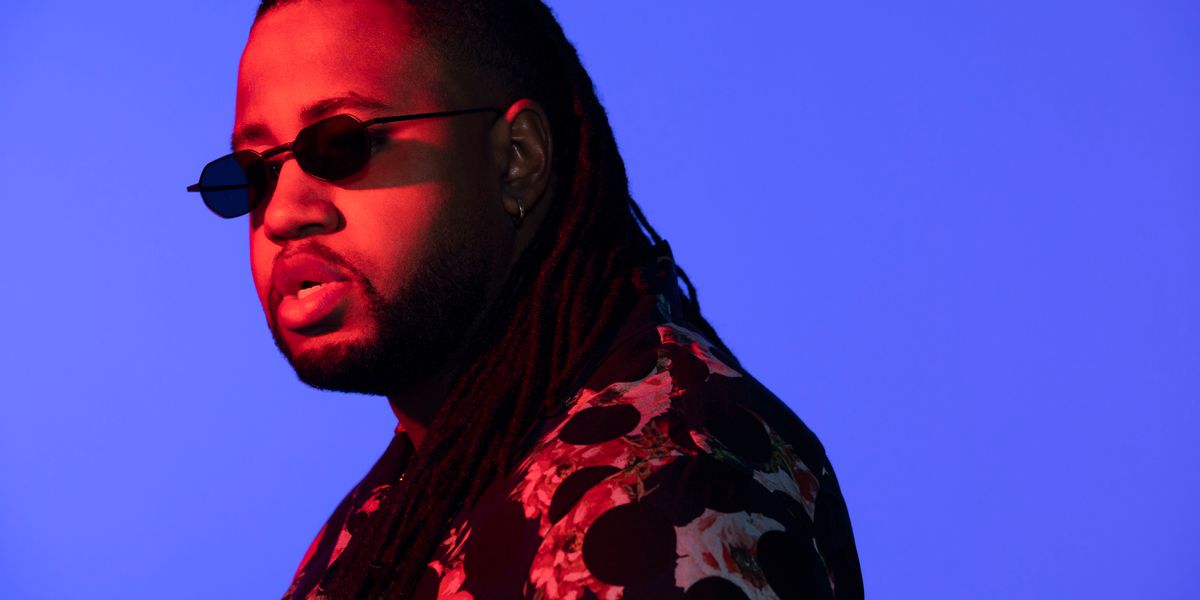 A day before our call, Xavier Omär found out that his wife had snagged one of the last remaining pre-orders for the PS5.

“We wanna talk about how great my wife is?” the R&B singer said rhetorically with a laugh. “In November, I’m gonna get that PS5, and I don’t know if you guys will ever see me again.”

Omär started recording his latest album If You Feel in February of this year, on the heels of an early anniversary celebration with his wife. In recent years, the singer has solidified his own lane in R&B. His soft voice and old-school delivery paint him, as he calls it, as “the guy that respects women.”

Contemporary R&B does tend to be hyper-sexualized, but on past records like “Blind Man” and “Grown Woman,” Omär rejects that trend and instead basks in the love of his partner and reaffirms her need for independence. “I don’t define you, I’m right beside you,” he croons on the latter.

But on If You Feel, Omär’s third album set for release at the end of this month, the singer journeys inward and sprinkles the album’s versatile production with complex questions about his own self-worth. Coming to terms with himself required serious reckoning with both his faith and his past decisions.

“Every complaint people have against religious people was basically how I was living,” he said with a laugh.

Omär grew up in a Christian military family in San Antonio, California and spent a lot of time going to church. He was raised to follow the strict rules of Christianity, but at 19 began to question whether the way he followed God was true to his beliefs. He soon realized that the gift of choice–the ability to make his own decisions instead of reject everything beyond a one belief system– was inextricably linked to his relationship to a higher power. This realization is evident throughout his new album. On “More Than Less” he croons about having to “tweak” his relationship to his faith, but the singer assures me he meant it positively.

“There are good and bad consequences to everything. There are people who choose to affect people’s lives negatively, and to say that God should take care of these bad decisions is to say that God should stop everyone from having decisions at all,” he tells me. “That’s not really a God, that’s a dictator. I can’t freely make decisions but also demand that every bad thing ever be stopped.”

But balancing self-love, romantic love, and God’s love is a juggling act that continues to consume him. “It’s a weird dilemma to accept and live in,” Omär admits. “We have to reckon with people’s both good and bad choices in life.”

I ask him if this ever causes him to lose hope. “I don’t lose hope,” he said, “because I still see so much good.”

Omär’s greatest quality remains his openness to change and criticism, but he explains his decision-making hasn’t always been as courteous as his music implies. Omär pursued his wife for many years, and it nearly fell apart when he got caught texting another girl.

“To go through this journey we took together, and to have it fall apart cause I wasn’t having some emotions met, it was just these old habits that needed to die,” he said. The arduous experience caused the singer to reevaluate himself, and that growth is more evident in his new music than ever before.

If You Feel often doesn’t feel like an R&B record. “All Our Time’s” ode to summer sounds at times like a Coldplay song, and “FIND ME” leans into a funky bassline that gives the track a rhythmic buoyancy not seen in Omär’s past work.

The point is: Omär wants us to know he’s more than just a respectful crooner. “There are these songs where I just talk to myself,” he said. “I had to have those real moments. I think that’s what makes this album feel a lot different from what I’ve done in the past. I think it will connect with people more than anything I’ve ever done.”

This album’s production is so fluid and very different than a lot of contemporary R&B right now. You and Sango have been collaborating forever, but it sounds like you two really hit the gas on this record.

Well, working with Sango on the Hours and Moments was actually challenging for me. We love working together, but working with any one producer was never going to bring out the full sound I wanna bring in my music. I’ve always known that, and I’ve always felt that.

Sango’s not exactly a traditional producer. The album he’s about to drop is all Brazilian funk. He’s very much ahead of the curve, and he pushes, but a lot of people associate my sound with being his sound, and that’s not true. I’ve stepped on the gas way more in moments like [“FIND ME”] to reinforce that.

As a whole, If You Feel seems refined and focused, like you had a precise concept in mind when creating it. On “Something Changed,” you say, “Can see myself, my vision never clearer.” When did your vision become crystal clear to you in the last year?

So that song was me learning to face my own self and be realistic with my own self about everything I haven’t been. That’s also in juxtaposition to [what] the clean, perfect picture [headlines] said about me. I felt like I was never able to share real moments of myself. So this project was about being able to do that.

Finding a balance between self-love with romantic love seems incredibly important to you. You say later on the song, “I focus on myself too much as if you could negate your love.” Was there a moment you remember when you recognized you needed to focus more on yourself?

It was very gradual, because I’d just look back at decisions I’d make and self-analyze. I’ve known something was different about [my views] since 2015. I was in a relationship where I felt full and 100% loved for the first time, and it ended with a phone call, and that was it–no warning signs—just an immediate halt. I’m very happily married, but I think in that moment I realized that everything I was so sure about in life wasn’t absolute. It wasn’t as perfect and well-defined.

On “More Than Less,” you talk about reckoning with your faith, too.

I believe a lot of Christians live more by the rules instead of actually following Jesus, because if you actually follow Jesus, your heart will change and how you view relationships will change. It’s just taking it to a level that’s far less selfish. On “More Than Less.”‘ I was able to have [a] moment with God to talk about my shortcomings.

Well, in the current climate, it’s incredibly easy to want to numb yourself to everything that’s going on. How do you keep the faith, and keep working on yourself?

Just as much as we realize bad things are happening, there are still so many good things happening as well. God doesn’t just carry the attribute of goodness; he is goodness itself. If goodness is here in the Earth still, then I believe that God is still here.

I don’t believe the existence of bad things is necessarily the absence of God’s care or concern, either. Either you’re going to…have no agency, or we have to reckon with people’s good and bad choices in life.

You also seem open to forgiving both your own transgressions and those of others.

I can’t, in any manner, be perfect. Deeply at my core, I am super egotistical; I like all the attention, all of those things. [And] for all of those things to still be true about me, it means I won’t not slip up at some point. But I’m still focused on a particular goal, so I have to give myself some room.

Since the gift of choice is so important to you, how do you strive to make good decisions every day? You seem to equate your decisions directly with not liking what you see in the mirror every day. Isn’t that a form of self-actualizing?

Well, it goes hand in hand. All of that is true, but how I see myself depends also on how God sees me. While I was feeling certain ways about myself, it was going back to just knowing that I was fearfully and wonderfully made by God—that before I was even in my mother’s womb, he knew me. I have to really believe these things and begin to apply them to my life and watch them take the steps.

I stopped speaking negatively against myself. I started being more intentional with my words and believing that what I say can happen, but these little things are all cues from the word of God. I’m just applying them to my life and trying to make them as real as possible.