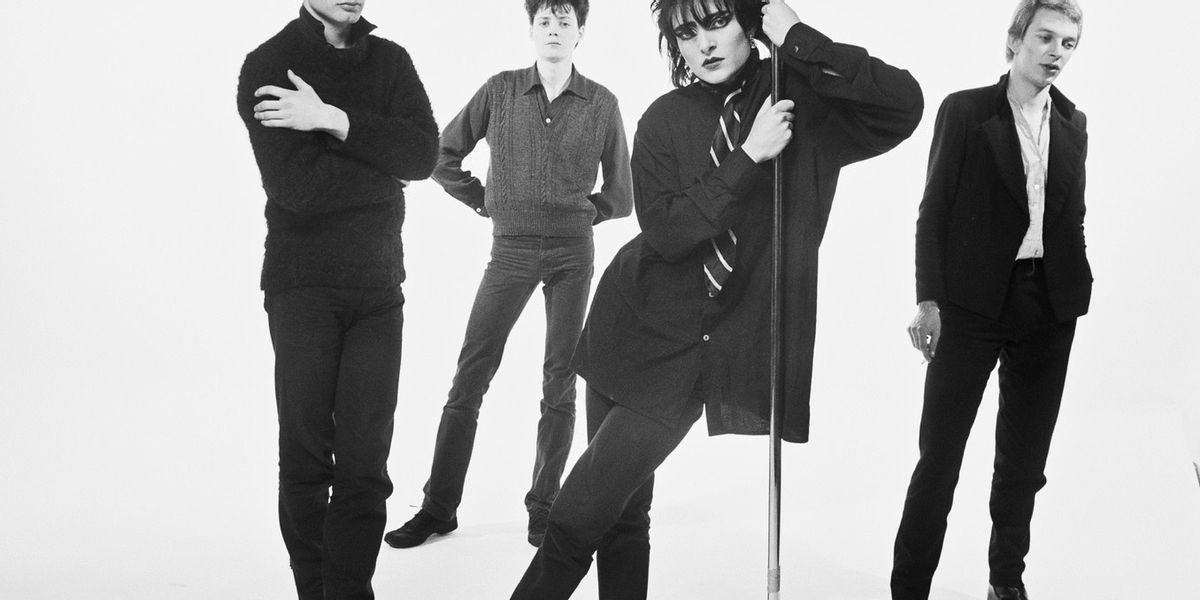 Though we might be forbidden from attending Halloween parties this year, that doesn’t mean you can’t get into the spirit from the safety of your own home.

One of the best ways to usher in Halloween is with the right playlist. But, let’s get real; as great as songs like “Thriller” and the “Monster Mash” can be, those songs can get a little old when replayed ad nauseum. So, we’ve compiled a playlist of songs that are ostensibly spooky to help get you in the witchy mood, even if you can’t go out and enjoy festivities.

Much of the music of Alex Giannascoli, the beloved singer-songwriter known as Alex G, finds itself in abstracted stories where fantasy and reality blur together. Such is the case with “Witch,” an understated highlight from Alex’s acclaimed 2017 record, Rocket. Here, his lyrics are muddled by a chilling harpsichord solo and a screeching violin; the most discernible words are “no matter what you do / the witch burns you.” The song’s narrative flips the script of historical witch hunts, as if the wrongfully prosecuted were seeking revenge in their afterlife.

Though born in France, the late Lizzy Mercier Descloux is an often underrated figure of New York City’s no wave scene, which took place in the 1970s and ’80s. Her eclectic breed of dance punk has maintained a devout cult following, particularly when it comes to her 1981 album, Mambo Nassau. In the midst of the album’s funk and African-inspired roots is “It’s You Sort Of,” a jazzy tune that feels tailor-made for a classic spy movie (never mind the fact that Descloux has covered the Mission: Impossible theme). Complete with eerie sound effects and background vocals, “It’s You Sort Of” calls to mind the curious tension of exploring a haunted house.

Nina Simone, “I Put a Spell On You”

Ever since Jalacy “Screamin’ Jay” Hawkins first wrote and released “I Put a Spell On You” in 1956, there have been too many covers to count. Though ’90s kids might fondly remember the version by the fictitious Sanderson sisters from Disney’s Hocus Pocus, Nina Simone’s recording of the song takes the cake for the most enchanting of all. Simone’s vocals are impossible to beat, and the minimalistic jazz instrumentation allows her voice to shine and put a spell on us all.

Another song that’s been covered and sampled often in the punk scene is “Ghost Rider,” the first song off the debut album by New York duo Suicide. Inspired by the comic book character of the same name, “Ghost Rider” is a landmark song in electronic music, built off an immediately-recognizable riff that consists of just three synth notes. Though simple, the song is powerful, imparting poignant political commentary: “America is killin’ its youth,” Alan Vega sings, a line that was just as relevant during the song’s post-war release as it is today.

If her stage name alone wasn’t enough of an indicator, Tia Cabral—better known as SPELLLING—has an affinity for pretty much all things occult, which is apparent in her expansive experimental music. “Haunted Water” is perhaps the most explicit example of this, featuring her own topically-relevant twist: The song is written from the perspective of the ghosts of enslaved people who died during the Atlantic slave trade. Embellished with electronic beats, off-kilter keys, and Cabral’s whispery soprano, “Haunted Water” is a must-listen for modern-day witches.

Siouxsie and the Banshees, “Spellbound”

Halloween is the perfect time for all of us to embrace our gothic side, and few goth icons have been as influential in both music and style as Siouxsie Sioux. One of her band’s breakout songs was “Spellbound,” which features lyrics that read as though Stephen King took a whack at writing a punk hit. “You hear laughter / Cracking through the walls / It sends you spinning / You have no choice,” Sioux howls over thumping drums and an invigorating guitar jangle. As catchy as it might be, “Spellbound” offers a subtle taste of horror.

One of the many bands inspired by Siouxsie and the Banshees are Brooklyn indie veterans TV On the Radio. Their early work, in particular, bears a sense of art-rock darkness, which is especially apparent in their first single, “Wolf Like Me.” The rousing, anthemic song acts as a twisted ode to a jilted lover; singer Tunde Adebimpe posits himself as an insatiable werewolf. “We could jet in a stolen car / But I bet we wouldn’t get too far / Before the transformation takes / And blood lust tanks and crave gets slaked,” he croons. Panning out like Adebimpe’s personal adaptation of “Thriller,” the song evokes the equally terrifying yet exciting rush that comes with newfound love.

A highlight from her magnum opus Art Angels, “Kill v. Maim” came about after Grimes felt inspired to create a song that could be used during an action sequence in a hypothetical film. She has described the song as a mix of “Twilight and the Godfather,” blending violent mafia behavior with the eerie appeal of vampires. It marked Grimes’s first foray into making harder-hitting music, blending her typical electronica with heavy guitars and industrial percussion. As much as movies might have contributed to the backstory of “Kill v. Maim,” the end result conjures images of a haunted club where vampires, witches, and otherworldly beasts can dance together—no matter who they might’ve inflicted harm on earlier in the day.

Radiohead, “Climbing Up the Walls”

English rock titans Radiohead have spent the better part of their career venturing off the beaten path of everyday music. Though many critics regard their 1997 masterpiece OK Computer is widely regarded as their best release, that doesn’t mean the album is necessarily conventional or accessible; take “Climbing Up the Walls,” an oft-overlooked song inspired by singer Thom Yorke’s experience working at a psychiatric hospital. The lyrics are written from the perspective of fear itself: “Either way you turn, I’ll be there / Open up your skull, I’ll be there,” Yorke sings in the chorus. Fleshed out with an atonal string section, “Climbing Up the Walls” is just as stunning as it is unnervingly creepy.