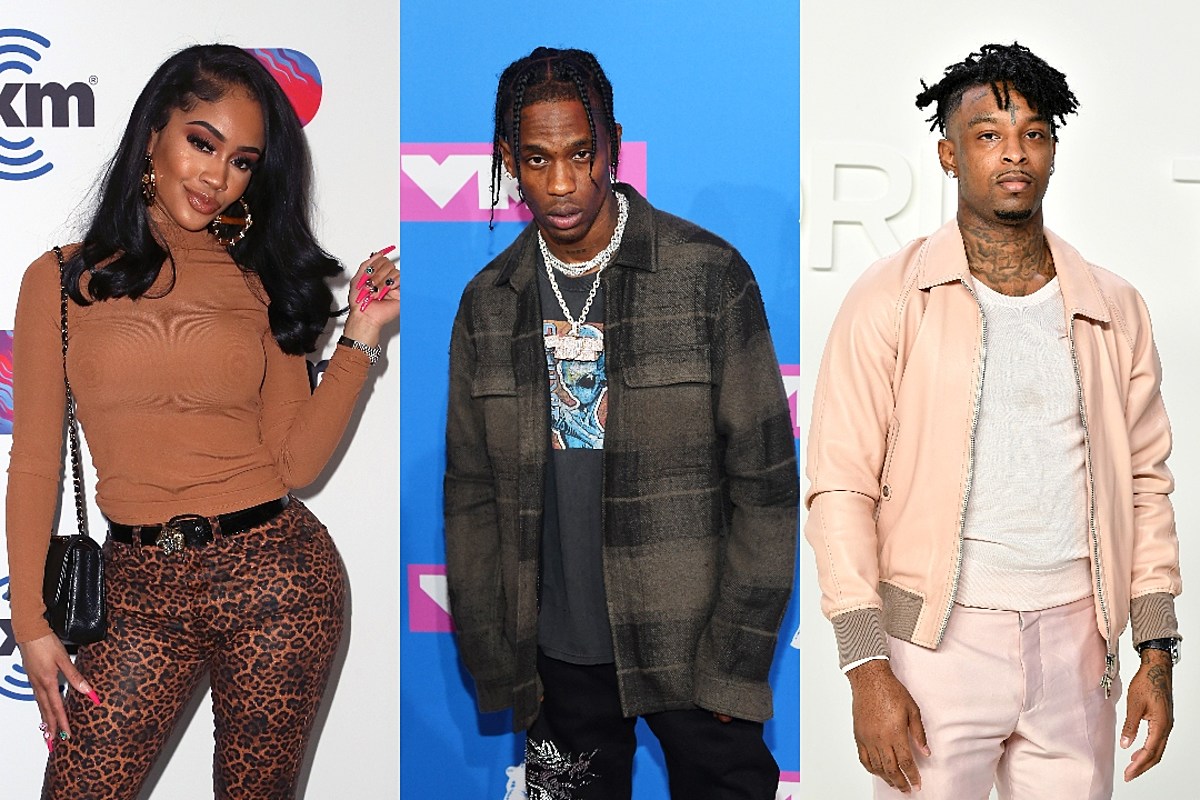 There has a been a lot going on in 2020, from civil unrest to the U.S. Presidential election to the coronavirus pandemic, and all sorts of other struggles that made headlines over the last 12 months. Despite the tribulations, the music industry has still been rolling along, and artists have found ways to navigate one of the most unusual years on record. This year has seen many rappers who were making positive strides in 2019 move to the forefront, and other established acts break through to another level. Here, XXL shows love to the artists who, as we come to the close of 2020, put their best foot forward and set themselves up for an even better 2021, all due to their hard work.

Travis Scott has had a dream year. The multiplatinum-selling rapper teamed up with Sony as a creative partner for the PlayStation 5 console, topped the charts with "Franchise" featuring Young Thug and M.I.A., and Kid Cudi with "The Scotts," all while building up buzz for his upcoming album, Utopia. A few months ago, he also had his own meal at McDonald's, which caused near immediate pandemonium, and accompanying merch that sold out with the quickness. Travis' reach across multiple industries is incredible right now, and everything he touches turns to gold. That's not changing anytime soon.

Over the last few years, Saweetie has gone from a young artist with a few popular songs, into (no pun intended) hip-hop's sweetheart. Dominant on social media this year, Saweetie used her time in quarantine wisely to let her personality shine on Instagram and TikTok, which won over a lot more fans. This also coincided with her releasing more new music. She is gaining momentum on the charts now, as she has two Billboard Hot 100 hits in as many years, with "My Type" taking off last year, and "Tap In" doing the same this year, right in the middle of the pandemic. Saweetie's buzz is the highest it's ever been, and her persona and commitment to her fans are taking her toward the top. Next up, her debut album, Pretty Bitch Music.

Quiet for most of the year outside of a couple feature verses, no one could have predicted the kind of splash 21 Savage would make near the end of the year. His much-anticipated collaborative album with Metro Boomin, Savage Mode II, dropped during the first week of October, and sold 171,000 units, out of the gate, and earned a No. 1 debut on the Billboard 200. The opp-directed banger "Runnin" also climbed to No. 9 on the Billboard Hot 100. For a somewhat niche series that attained a cult following from its 2016 beginnings, this sequel selling this well put 21 on another level. Since he's ended 2020 with a bang, he is in position to dominate 2021.

To be fair, Lil Uzi Vert was already an arena-packing superstar before this year began, thanks to the success of his debut album, 2017's Luv Is Rage 2, and how the inescapable hit "XO Tour Llif3" dominated both the charts and the airwaves. Sometimes, your second act can be your most important, and the pressure was on for Uzi to deliver a banger again with his next album. His 2020 LP, Eternal Atake, surpassed expectations, debuting at No. 1 on the Billboard 200 chart in March, then the deluxe edition did the same a week later. He had nothing but momentum on his side, and releasing his joint project, Pluto x Baby Pluto, with Future in November only added on to that. He's one of the most sought after and successful rappers of 2020, and will easily carry that into next year.

On the flip side, there are newer names that took 2020 and made it theirs. One of those rappers is Jack Harlow, who took the biggest leap of his career when his single "Whats Poppin," became the No. 2 song in the country in July. The fun, infectious song (along with its remix) carried Jack to a different level in his career, providing him with a huge, recognizable hit after years of work put in. He was also selected as a 2020 XXL Freshman, dropped a very successful remix to "Whats Poppin" and is seeing more success with his recent single, "Tyler Herro," and debut album, Thats What They All Say. Everything is going right for him now, and his next few moves will likely keep that train moving.

Take a look below to see the rappers who are closing out 2020 in the best position.

These Rappers Are Closing Out 2020 in the Best Position