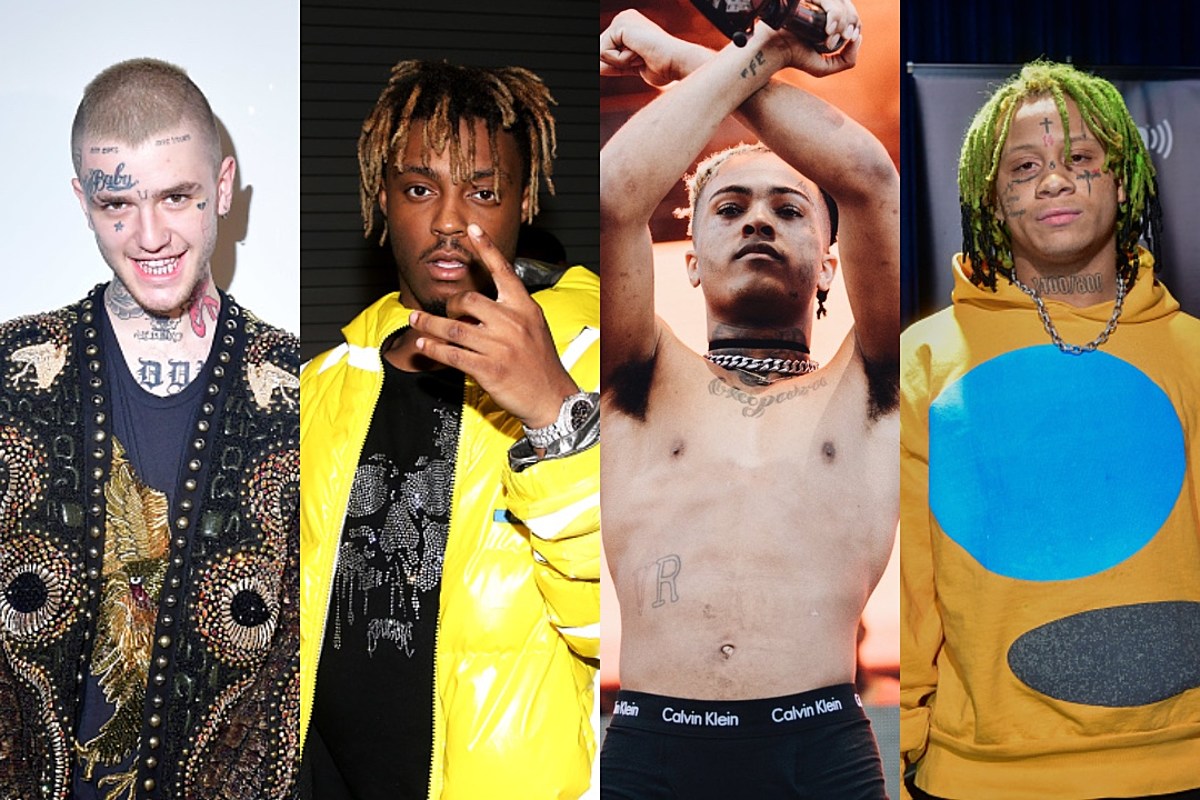 Emo rap is massive, and there’s no other way to put it. Candid lyrics centered on emotional and confessional subject matter make up the sub-genre, which, at times, merges hip-hop and rock music. But stylistics aside, the heavy, emotional lyrics focus on everything from breakups to suicide. Over the last five years, artists like Lil Peep, Juice Wrld, XXXTentacion and Trippie Redd—leaders of the SoundCloud era—have helped magnify it to a now customary sound.

Lil Uzi Vert’s “XO Tour Llif3” helped point ears toward the growing sub-genre back in 2017. The heartfelt record about dead friends on paper proved its resonance and became a Billboard Hot 100 top 10-charting hit. That same year, X’s “Jocelyn Flores” was released and found similar success on a cultural level. The song, made as a tribute to X's friend who committed suicide, remains one of the best of emo hip-hop tracks of all time and within his catalog.

Artists like Juice Wrld and Lil Peep were very outspoken about their rock influences, too, and you could literally hear it in the music. On Juice’s 2019 smash “Robbery,” the fallen rapper interpolated lyrics from Escape The Fate’s “Reverse The Curse,” flipping the words “One last chance to reverse this curse/You stole my heart, but I had it first” into “It was a gift and a curse/But I cannot reverse it.” Comparably, Peep’s 2016 standout “Hellboy” samples a rock band called Underoath and their song “Too Bright to See, Too Loud to Hear.”

Whether they’re coming from artists like $uicideboy$ or Rod Wave, emo rap songs will continue to transcend the sound of hip-hop. With that being said, XXL saw it fit to highlight the best emo hip-hop songs that have come out in the last half decade. Check them out below.