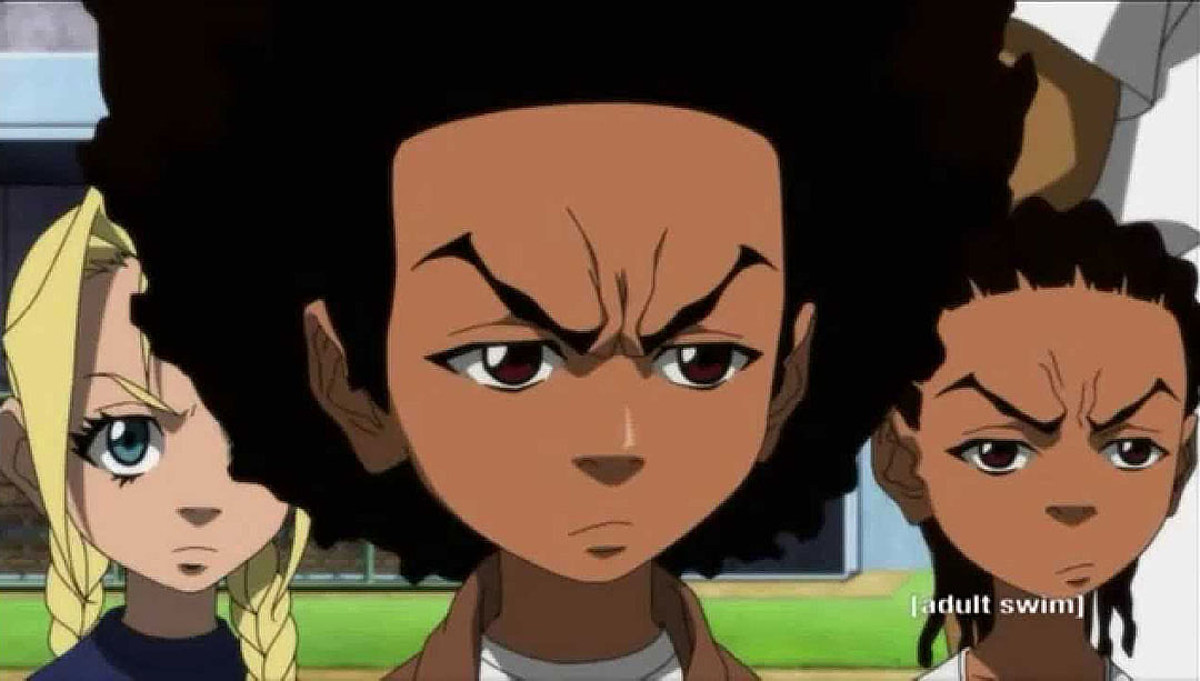 There’s no cartoon more hip-hop than The Boondocks.

The hood classic, created and illustrated by Aaron McGruder, captures the everyday life of the Freemans, who reside in a Baltimore suburb called Woodcrest. Each episode offers a different perspective on race, social class and stereotypes, all while maintaining an R-rated script that proves animation isn’t always on the sweeter side of things. As a result of this, the show struggled to get picked up by a major network at first because companies felt that it wasn’t acceptable to air on national television. The same kickback has been present throughout the entire history of rap music, but both obviously prevailed while sharing an intertwined relationship.

In four seasons, with a reboot set to air in 2021 on HBO Max, The Boondocks has always provided a visual glimpse of the raw rhymes artists deliver. And rap music provided an audio mood board for writers on the show to work with. So over time, there were more bars spit about the Black satirical sitcom by some of the game's favorite rappers. Typically, rappers opt to compare their personalities and lives to the revolutionary brain of Huey, the with-the-shits attitude of Riley, the scheming comedy of Grandad or the racist mannerisms of Uncle Ruckus.

These funny and accurate show references are packed into the catalogs of rap’s most outspoken voices. And there are even full songs dedicated to the series like Lil Yachty’s “Riley From The Boondocks.” To celebrate the show's 15th anniversary today (Nov. 6), XXL highlights the best Boondocks references in rap lyrics. Rest in peace, John Witherspoon.

See the Best The Boondocks References in Hip-Hop