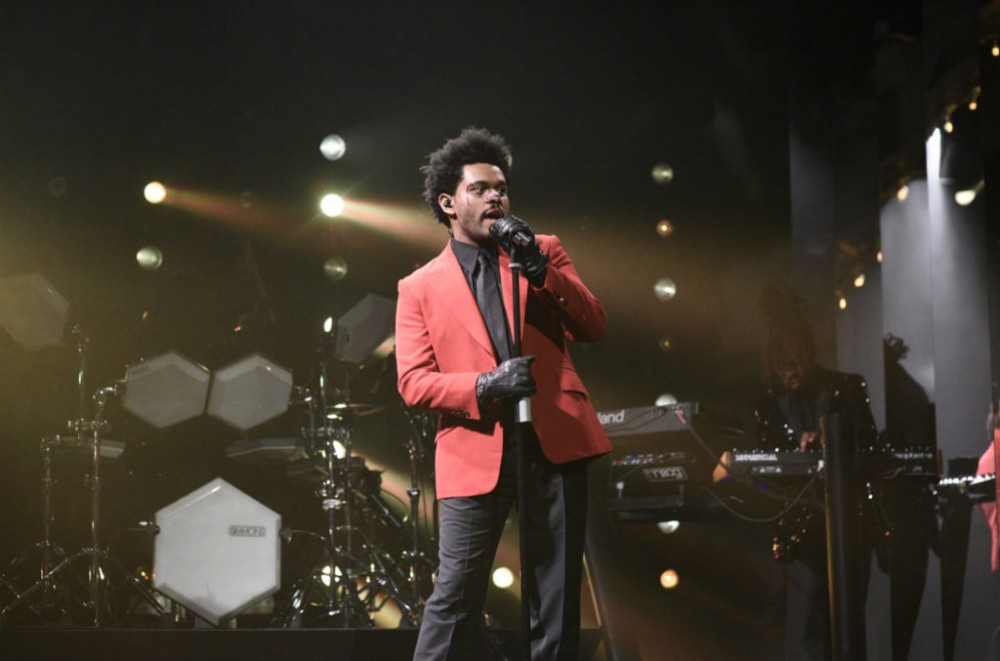 "Nothing Compares," "Missed You" and "Final Lullaby" are out now.

The Weeknd just dropped his After Hours album — which hit No. 1 on the Billboard 200 chart with the biggest week of the year — but he’s not done.

On Monday morning (March 30), he gifted fans with three more songs on top of the 14 tunes on the album. The tracks, “Nothing Compares,” “Missed You” and “Final Lullaby,” appear on the 22-track deluxe version of the release.

“Nothing Compares” is a spooky downtempo with ominous new wave keyboards and a sluggish beat and lyrics wondering about the emptiness that remains when love dies. In a similarly stripped-down manner, the ticking “Missed You” is about the pain, regret and confusion that fills the void left by love.

The spacey, somewhat soothing “Final Lullaby” sounds exactly like you might except, only with slightly ominous lyrics in which he sings/warns, “I can’t make you stay/ In this broken place/ Won’t you find peace?/ Close your eyes and I put us to sleep.”

Listen to the songs below.