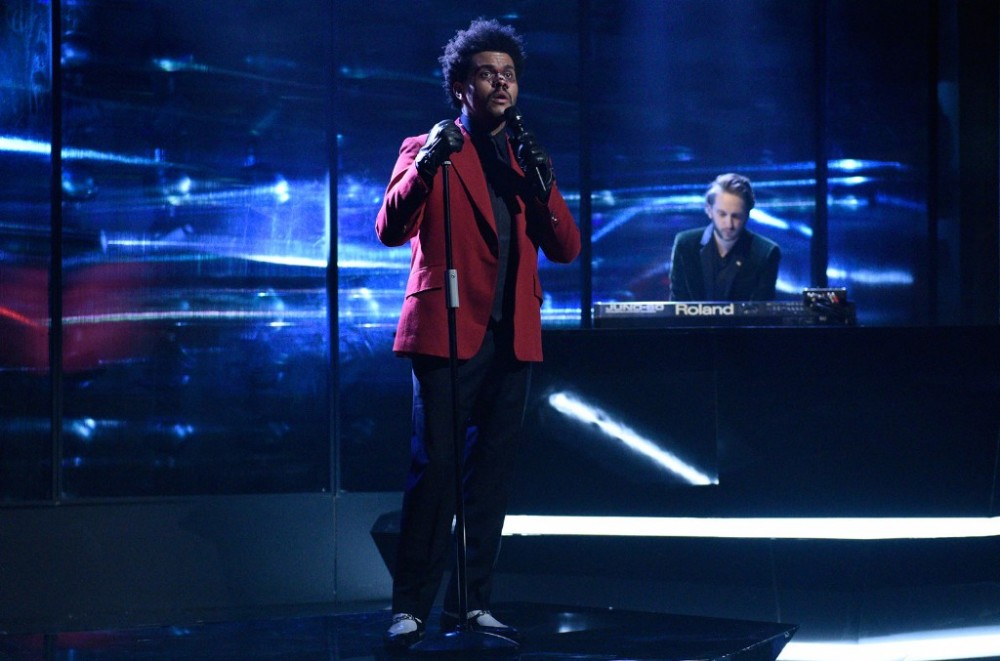 The Weeknd is back with  After Hours, his first full-length album in four years. The 30-year-old’s highly anticipated fourth studio album dropped off a pair of singles, “Heartless” and “Blinding Lights,” before its full official release on Friday (March 20).

Unlike the pop stylings of his 2015 LP Beauty Behind the Madness, the new album is chock full of vibes found at the dance party’s after-party. The 14-song project appears to be his most well-rounded to date, interweaving his signature hazy trap beats and despondent narrative with upbeat, ’80s-plucked synthesizers and hopeful lyrics about rectifying past transgressions.

While there is no shortage of sadboy, self-quarantine storytelling on After Hours, the mysterious musician (born Abel Tesfaye) strikes a rather cohesive balance between light and dark imagery and sonics without sounding overly experimental, or straying too far away from his norm.

Check out Billboard’s ranking of all 14 songs on After Hours below.

The sluggish Metro Boomin and Illangelo-produced track features The Weeknd discussing the ins and outs of his current relationship, which he attributes to their personal lives and the fast-and-loose Los Angeles lifestyle. The repetitiveness of the bridge, albeit descriptive, doesn’t do much to heighten the track’s lethargy.

One of several tracks that showcases a rather energetic switch-up finds the musician trying to make sense of the end of a relationship, and ultimately taking the blame. In comparison to the other electro-pop tracks on the project, however, it feels as though it fizzles out, leaving the listener unmoved at its end.

The album’s grand finale was the project’s ultimate full-circle moment, as the lyrics suggest that The Weeknd has presumably run out of energy to continue on in the relationship he references throughout the album. The addition of the video game-style instrumentals and the bleak echo near the high-end of the track ties the contrasting elements of the project in a neat bow. However, the abrupt end makes it rather difficult to pick up the pieces. But maybe that was the intention.

With some tweet-worthy lines throughout (“You don’t love him if you’re thinking of me,” he croons), the track combines psychedelic energy — thanks to production by Kevin Parker of Tame Impala — with bass-heavy trap rhythms. While trap is a staple in The Weeknd’s music at this point, sometimes, it feels like a crutch. However, this particular hip-hop transition is welcome, as it continues to infuse the airy, experimental sound.

“Faith” boasts some of the best production on the album. While not as melancholic as a typical The Weeknd/Metro Boomin collaboration, the synths and trap work together incredibly well. Lyrics about Tesfaye wanting to die with the one he loves, coupled with the sirens in the background near the song’s closing, amps up the eerie factor and keeps you holding on to hear what happens next.

In what is perhaps the album’s most potent and visceral story arc, The Weeknd reminisces about his past life before his come-up, detailing his vices and the life he one day may have to leave behind. “Cali was the mission but now a n—a leavin’,” he says, displaying a bit of thematic growth while also referencing his song “Tell Your Friends” off of 2015’s Beauty Behind the Madness.

A ballad of sorts, “Scared to Live” features a welcome slowness with a rhythmic ebb and flow that matches the cadence of his vocals. The song finds The Weeknd singing about how his lover is having a hard time grappling with a debilitating breakup, which is affecting the way they communicate in their own relationship.

One of the album’s leading singles, you’ve likely already grown accustomed to its numb yet social media-ready lyrics and slow trap beat. Just know there are even better songs on the album that capture this theme better.

Here is where the trap and synth combination work in harmony the best. The heartbeat thumps and echoey production encapsulate the mysterious nature of the singer, and the song’s electro-tinged switch-up in the middle of the song was nowhere near middle-of-the-road.

Another one of the album’s lead singles, “Blinding Lights” ties in Stranger Things-style energy with a much more enthusiastic lyrical approach displaying thoughts on his relationship, which it appears he doesn’t want to live without.

One of the more vulnerable songs on the album, “In Your Eyes” has The Weeknd dropping his guard to let some of his feelings out. One of the project’s biggest standout moments is the “Careless Whisper”-style sax solo thanks to instrumentalist Tomas Jannson, which takes the song to truly nostalgic proportions.

The throbbing electro-R&B beats bring Tesfaye’s apologetic musings to another level (“I let you down, I led you on,” he sings). The Halloween-esque chords and the song’s eventual and literal unplugging is an electric combination that gives way to the next energetic track, “Harder to Love.”

Although “Save Your Tears” is one of the most pop-driven songs on the album, The Weeknd doesn’t hold back when it comes to the rather cold nature he usually finds himself adopting when it comes to his lovers. The production remains upbeat and steady the entire time, thanks to work from Max Martin, Oscar Holter, DaHeala, and The Weeknd himself, combining the best of his old content and some newer, more mainstream-driven sounds.