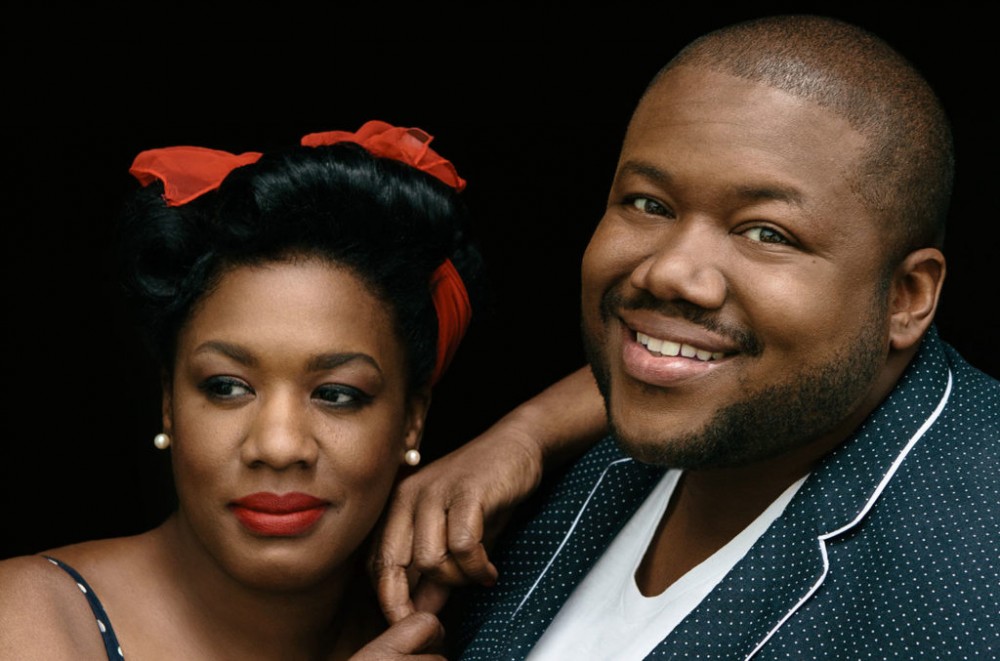 The War and Treaty — the husband-wife duo of Michael Trotter Jr. and Tanya Blount-Trotter — have been “Hustlin'” for the better part of a decade now, since emerging from Albion, Mich. And the critically acclaimed duo, who won the Americana Music Association Award for emerging act of the year in September, is celebrating that work ethic in its latest single and its evocative video, premiering exclusively on Billboard below.

Michael Trotter Jr. tells Billboard the War and Treaty actually wrote “Hustlin'” back in 2014, toward the beginning of their ascent. “We had been trying many different things with our music, and we were just getting shot down left and right,” he recalls. “Doors were just slammed in our faces. No labels, no management companies wanted to touch us. There was even one producer out here in Nashville who told us to our face we would not work in the industry … because we wanted to write the kind of songs that you don’t normally hear from people with the skin tone of ours.

“But the truth of the matter is there was something so magnetic about us together, we decided from that point on we had to get our hustle on, keep hustlin’ and work at it. So that’s where the song came from.”

The “Hustlin'” video, meanwhile, with its flowing stream of sculpted faces, only enhances the message, according to Trotter. “We were really excited about the beauty of the models and the message it was giving off, without it being so in-your-face,” he says. “You tell your own story by watching this video. You can see the hustle in every person’s eyes, and when you look at yourself you can see how you haven’t given up. You’ve been working hard every day, sunup to sundown.”

“Hustlin’,” along with another recent single “Jealousy,” are slated for the War and Treaty’s second full-length album and debut for Rounder Records, Heartstown, whose release date is currently TBD. The duo, who also performed during this year’s Grammy Awards ceremony, recorded the 13-song set at Blackbird Studios in Nashville, where the Trotters currently reside, co-producing it with bandleader Max Brown.

“We’ve done our part. We sang and put music to it and recorded it and it’s in the hands of Rounder now,” Trotter says. “Now is the most difficult part of the process; you have to learn how to let go and let someone else do what they have to do and trust they will make the smart decisions. So that’s where we’re at — we’re in the smart decision phase. Everyone’s got to put on their thinking caps and decide what’s the best thing, not just for Rounder and the War and Treaty but for the people, for the fans, to get this music in the right way, at the right time.”

The War and Treaty is slated to be part of John Legend’s Bigger Love 2020 Tour, currently kicking off Aug. 12 in Dallas.

The video for “Hustlin’” is below.