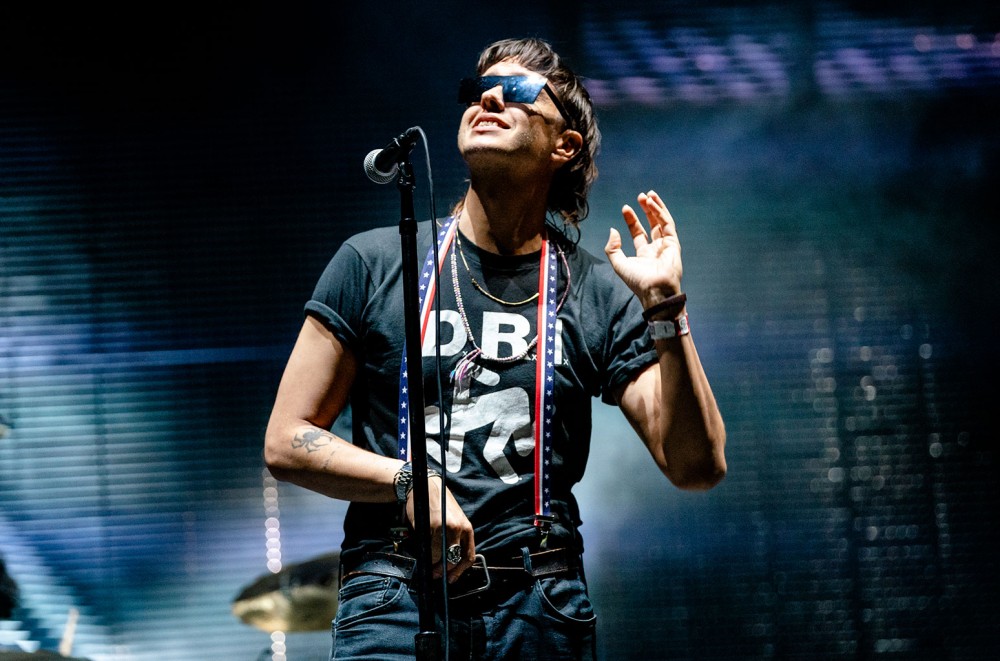 Group’s first new album in seven years is due out on April 10.

The Strokes are back — almost. The rakish New York rockers announced the upcoming release of their sixth album, The New Abnormal, on Tuesday (Feb. 11), just hours after teasing it from the stage of a Bernie Sanders presidential rally in New Hampshire.

The nine-track follow-up to 2013's Comedown Machine was produced by Rick Rubin and recorded at his Shangri-La Studios in Malibu, California. The cover features a painting by late neo-expressionist artist Jean-Michel Basquiat called "Bird on Money."

The album is due out on April 10 via Cult/RCA, and the first song, "At the Door," made its debut at the Sanders rally at the University of New Hampshire. It's on streaming services now — listen below.

"At the Door" finds the band that made its reputation on a dirt-caked amalgam of grunge, punk and new wave in a contemplative mood, with singer Julian Casablancas sighing, "I can't escape it/ Never gonna make it/ Out of this in time/ I guess that's just fine/ I'm not there quite yet" over chiming waves of synths; the accompanying animated video written and directed by Mike Burakoff tells an epic space story.

1) "The Adults Are Talking"

7) "Why Are Sundays So Depressing"

Check out the "At the Door" video below.