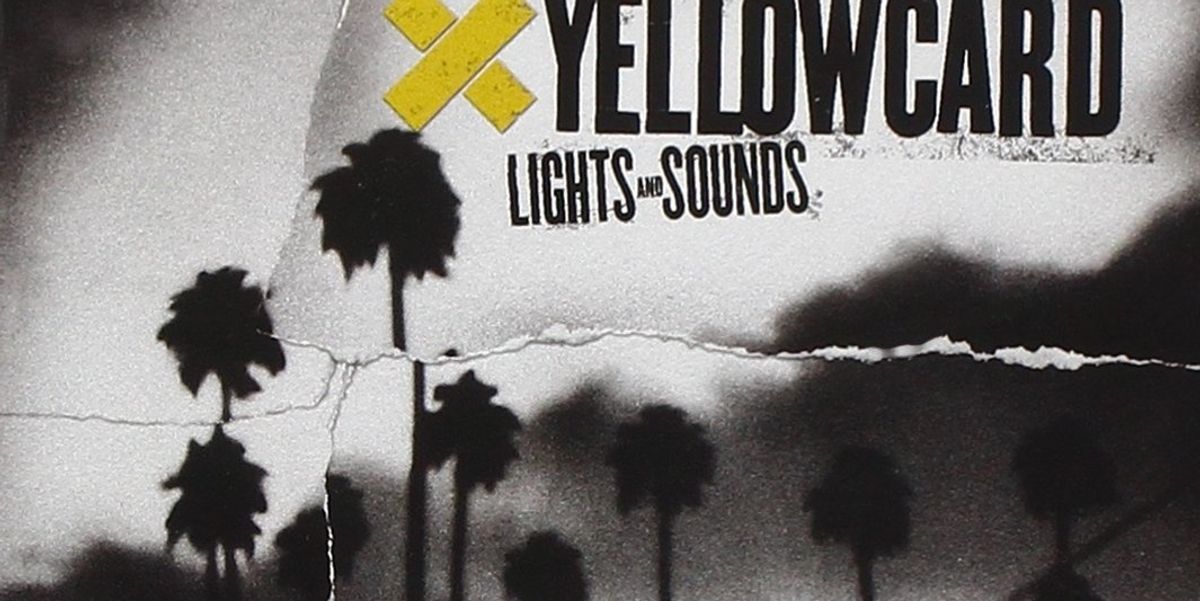 There was a special kind of angst fueling the music of the early 2000s.

Pop punk, post-grunge, and other guitar-laden subgenres consumed the mainstream. Pete Wentz and Hayley Williams, with their thick eyeliner and greasy bangs, made the magazine rounds, while potty-mouth bands like Simple Plan and Bowling for Soup topped the charts with their dated quirky syntax (“and if you’re hearing what I’m saying / then I want to hear you say, “I’m gay!”)

As 2020 rages on, the idea of throwing on an old pair of Chucks and moshing to “The Middle” by Jimmy Eat World has never seemed so appealing. While Yellowcard’s “Ocean Avenue” became an anthem across the country, it’s worth noting the slew of other underrated songs released around the same time that went relatively unnoticed.

It was hard to relish in pop-punk deep cuts without an album purchase in the early aughts, and there remain so many songs that deserved to take off that just didn’t. But as the sub-genre has experienced a mild revival thanks to artists like MGK and Vic Mensa, here is a collection of slept on pop punk tracks that deserved more love–and hopefully can get more now in 2020.

Every Avenue – Think of You Later (Empty Room)

Every Avenue was a pop punk band destined for greatness. Their catchy sophomore effort, Picture Perfect, cracked the Billboard 200, and the group began touring extensively with legendary bands such as Mayday Parade and All Time Low. Unfortunately, the Michigan group fizzled out in 2012, but their three albums were all compelling records that remain heavily slept on.

“Think of You Later (Empty Room)” is an especially great late-aughts gem. Frontman David Strauchman, with his metallic gauges and pointy bangs, bellows about the pain of falling asleep heartbroken and alone, a sentiment that still hits home in 2020. The track’s catchy hook, rhythmic guitars, and melodramatic lyrics (“so quit your cryin’ and wipe the tears from your eyes/ cause this is ‘see you later’/ I’m not into goodbyes) should have propelled the power ballad to mainstream stardom, but it instead became a gem in indie circles.

Driven by an MTV origin-story, a super cute lead singer, and a knack for soaring pop melodies, Cartel’s Chroma propelled the Georgia pop-punk outfit to mainstream acclaim. But a lot of fans shifted their attention away from the quartet after their lackluster sophomore effort failed to generate as much praise.

On Cycles, the band returned refreshed and re-energized, and as a result, “The Perfect Mistake” is one of their best songs in years. Will Pugh’s vocals had never snapped with so much vigor, and the band’s guitars churned with a newfound sense of urgency. It’s a shame the band’s mainstream interest fizzled out, because it turns out Cartel was just getting started.

While many only associate the Florida sextet with their anti-domestic violence anthem “Face Down,” the single’s coinciding album Don’t You Fake It was actually a great pop-punk record in its entirety. Incorporating screamo with emo guitars and pop-punk melodies, “Atrophy” is an RJA deep cut that showed the band’s genre-blending potential.

While RJA’s newer records have retained some of their angsty charms, a major sophomore slump buried the group in a way they never truly bounced back from, and that’s a shame because at their best, the band was truly captivating.

Story of the Year – Apathy Is a Deathwish

While many associate Story of The Year with their pop-heavy 2003 debut, Page Avenue, 2008s, The Black Swan was one of the band’s heaviest and most satisfying efforts. “Apathy is a Deathwish,” with its crunchy guitars and hefty screams, is a grandiose ode to the dangers of disinterest and, as a result, offers some of the band’s best songwriting. With lyrics like, “Blank stares across the room, taking the dead broadcast/ All ambitions disappear waiting for our lives to pass,” the sentiment still remains eerily true in 2020.

Another song whose sentiment radiates loudly in the current landscape, Motion City Soundtrack’s Even If It Kills Me is rank with pop-punk moodiness. The deep-cut “Point of Extinction” has all the makings of a radio single, but for some reason, it just didn’t take off. The Minneapolis outfit spawned plenty of other fantastic hits, and even today remains a treasured pop-punk band. “Point of Extinction’s” snappy guitars and infectious melodies make us all wish it was about 3 minutes longer, but alas.

Amber Pacific – Fall Back into My Life

Amber Pacific never took off the way their contemporaries did, which is strange considering their sophomore record, Truth in Sincerity was one of the most anticipated efforts of 2007 and debuted at number 64 on the Billboard 200. But the band slowly dissolved after their sophomore success as general interests in the band waned.

Regardless, “Fall Back into My Life” remains the pinnacle of 2000s pop-punk, even if mainstream fans of the genre don’t include it on their “Best Of” lists. The cheesy lyrics and the anthemic chorus made the track a soundtrack for awkward teenage romance.

Yellowcard – Down on My Head

While the pioneering pop-punk band is known for an eclectic collection of hits, “Down on My Head” somehow wasn’t one of them. The moving power-ballad touches on a never-ending depressive episode, and in turn, carries heavy meaning in 2020. “I never thought I would wake up in bed, watching the world coming down on my head.” As the violins swell in the background, the song reminds us that it’s okay to feel completely overwhelmed by it all, and it shows the pop-punk was much more meaningful than the toilet humor of Bowling For Soup.