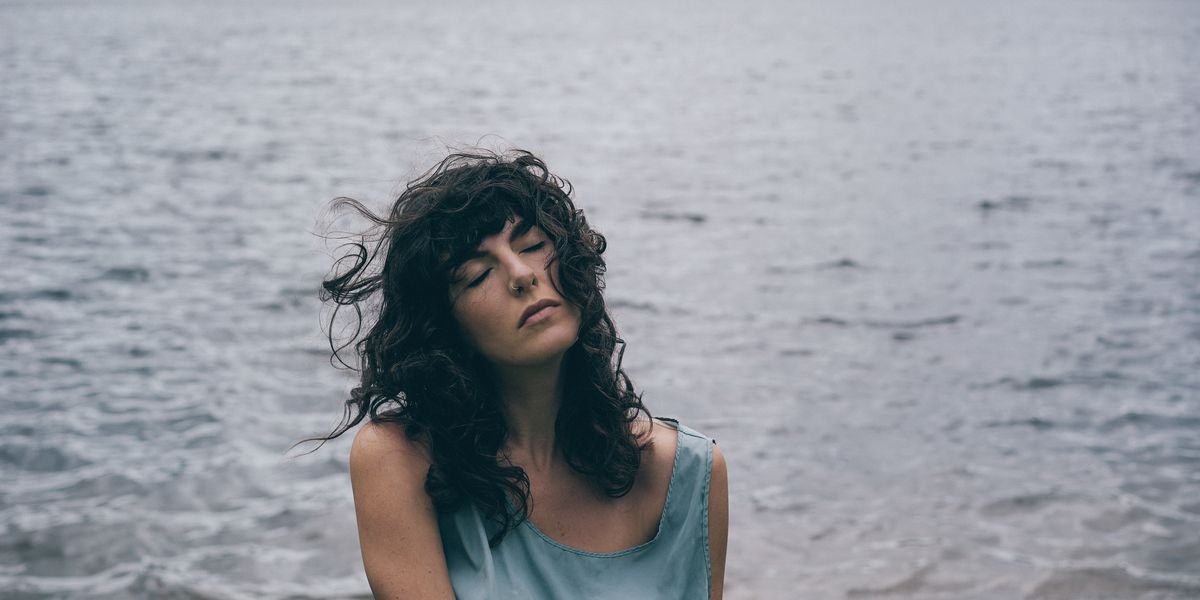 “Over the time this album was written, I was in a process that some would call an ‘awakening,'” says Kéren of her new album, In Form.

“I began to see my facades and masks of personality, the caricature I’d created for myself, my defense mechanisms and patterns, and went into deep inquiry of Self. I began my healing journey,” she says. “This required some deep shedding as parts of myself were transforming.”

Written over a span of five years, the songs on In Form are about change and evolution—depicting what Instagram influencer and creator Gabi Abrão summarizes with her oft-reproduced quote, “I am constantly shapeshifting, adapting, and evolving.”

The album begins with the spellbinding “Love Blinds,” a song that has the feeling of an old classic. Lit up by bells and a stirring drumbeat, the song feels like the personification of springtime—new growth even in the face of winter. Softly psychedelic, it’s a testament to living while you can “before we turn to dust,” even while knowing the risks of bearing your heart to the elements.

The album was produced at Dreamland, a legendary church-turned-studio in New York’s Catskill Mountains. Perhaps that studio’s ambience lent the album some of its mystical atmosphere—though it may also be thanks to Kéren’s musical upbringing and her inclination towards spirituality.

Raised on a rich blend of Eastern and Western music as well as musical theatre, Kéren’s music is a tapestry of influences that sounds like it was made in the midst of a dream. After studying at Berklee College of Music, Kéren dove into meditation and sound healing, developing a skill for singing bowls, synthesizers, and mystical sounds that appear all over In Form.

The process of creating the album itself was also a form of meditation and healing. To craft the tracks, Kéren had to dive deep into the hidden parts of her soul, baring herself to reality in order to access divine inspiration.

“Relationships ended, realizations were made as well as epiphanies and prayers. Those are encapsulated in this album,” she said of her experience creating In Form.

For all its lofty influences, In Form never takes itself too seriously. Instead, songs such as “Outside Mirrors the Inner” deftly overlay spiritual lyrics on catchy, upbeat folk-pop tapestries. Tied together by guitar riffs, dreamy synthesizers, and twinkling bells, the song seems to grow larger and deeper as it goes on.

“I saw you as myself,” she sings, “cause nothing’s separate.” These types of insights, shrouded in delicate instrumentation, seem to shine.

“Talisman” is another upbeat, floating, hypnotic jam which, by the end, is sure to induce a trance in any focused listener. Drenched in harmonies, it’s tied together by Kéren’s slightly hoarse, constantly transforming voice.

Her voice is a unifying force on the album. Alternatively honeylike and wild, shifting between softness and power, her voice is a powerful and pliable force that soars, dips, and transforms on a dime.

“Ever Learn” is even more euphoric, leaning into whimsical, joyful pop, set apart by dizzying guitar riffs that seem to cast reverb like a spell across the song. Songs like “You Without Me” and “Somewhere Else to Go” are more subdued and understated, but they sound like the sonic embodiment of incense wafting through a room on a rainy night.

Even sadness glitters on In Form, becoming a transformative, shifting force capable of being transmuted into beautiful sound with the right incantation.

With In Form, Kéren has clearly accessed and actualized her higher powers as an artist, leaving regret behind for wisdom and perspective. On “Somewhere Else to Go,” she embarks on the next phase of her transformation, leaving home in Brooklyn for California after she realizes. “I no longer need to put home in a face that chose somewhere else to go” because she has all the seasons she needs inside.

Warm and inviting, enchanting and peaceful, In Form is a remarkably refreshing dip into a more beautiful world and a vivid portrait of an artist coming into her own.