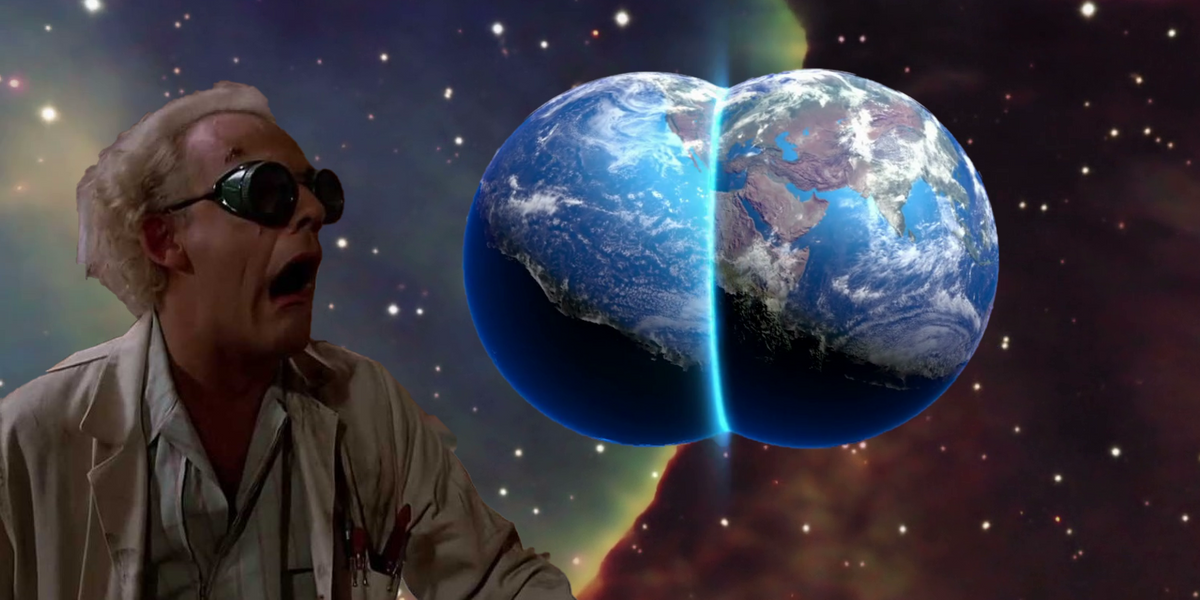 People were convinced that the world was going to end — that the Maya calendar had predicted it more than 2000 years earlier. And protesters and time travellers continued to decry the cataclysmic dangers of CERN’s Large Hadron Collider, where scientists were taking apart the building blocks of the universe to understand how they worked…

And then those scientists discovered the particle they were looking for without any apparent disruption to the fabric of reality, and the year passed without the world flipping on its axis or neutrinos suddenly becoming deadly while John Cusack raced to save his children.

Did you laugh then, at the people who predicted doom? Did you mock them? And how have things been for you lately? Because for most of the world they have become increasingly weird, chaotic and incomprehensible — suffused with a growing sense of unreality.

People and events have stopped making sense. Almost as if the predictable order of the universe has begun to unravel…

While it’s hard to point to a moment when it things started to go wrong — does it all go back to 2012? — it’s easy to say when things were less weird. Things were less weird about a week ago — before Rudy Giuliani gave a press conference with hair dye dripping down his face.

But the weirdness seems to be accelerating at such an incredible rate that the answer to that question changes at shorter and shorter intervals.

Before Donald Trump made sweet, passionate love to the American flag on live TV. Before the coronavirus pandemic.

The idea that this can all be traced to CERN’s activities in 2012 was laid out by Twitter user Nick Hinton back in July of last year. In an extensive thread on the topic, Hinton argued that we were all unknowingly sucked into a black hole in 2012, and relocated to another dimension/simulation.

He points to a number of supposed “Mandela effects” and an anonymous CERN “whistleblower” on 4Chan as evidence that we have left our familiar reality. But while the particulars of his theory and his evidence may not hold up to scrutiny, there is a kernel of truth in Hinton’s vision that has only gotten more compelling in the 16 months since he wrote it.

There’s the old cliche argument that nothing has ‘felt right’ since 2012. I agree with this. Maybe it has something… https://t.co/3elVkZPWO7

With that in mind, I developed an alternate explanation for the accelerating weirdness of the world.

Back in 2012, the Higgs Boson was still theoretical. It was thought to mediate the quantum field responsible for giving particles their mass, thus regulating the force of gravity. And beneath the border of France and Switzerland, scientists at the European Organization for Nuclear Research (CERN) were using their enormous and incredibly powerful particle accelerator to find it.

They were hoping to improve our understanding of Gravity. The weakest of the fundamental forces, yet potent enough to puncture the fabric of the universe — creating a black hole from which even light cannot escape. As familiar as it is mysterious.

At the quantum level, the mechanics of gravity remain little understood, and events are theorized to take place not as a result of ordinary cause and effect but as a function of probabilities. A popular explanation for this is that every possible outcome takes place, but splits off into an endlessly branching multiverse.

In that sense there would be countless versions of the Earth, the Berenstain Bears, and you. But the vast majority of those versions would likely be clustered together around the most probable outcomes.

So what if that cluster was held together by the force of gravity? What if the people decrying the incredible power of the Large Hadron Collider were right to be worried?

The scientists at CERN were messing with forces beyond their control — beyond their understanding. So maybe they did trigger a doomsday scenario — one that we couldn’t see.

Three weeks after they announced the discovery of the Higgs Boson, the sun shot out the largest solar flare in more than a century. If it had struck the Earth, it would have caused trillions of dollars of damage to electronics worldwide. It missed us by the astronomical equivalent of inches. That was just the beginning.

Could it be that they ruptured our universe’s quantum gravitational bond to that core of probable realities?SH That we have been drifting further and further from its center ever since — into increasingly improbable events?

If so, then by now we are either living at a frayed end split off from the central strand of the multiverse — waiting to be pruned — or we are doomed to spiral off in an endless fractal of increasing absurdity. Each year more ridiculous than the last. An eternal apocalypse of strangeness.

Once I’d had this thought, I couldn’t let it go. It seems far-fetched at first, but is it more absurd than the idea that millions of Americans would subscribe to a conspiracy theory placing every celebrity and politician in a cabal of elite satanic pedophile cannibals? That we would elect legislators who believe that?

The more I thought about it, the more I began to see the evidence in every improbable headline. I’ve started to perceive our hyper-dimensional drift in the erratic behavior of my fellow citizens.

I know now why they deny the overwhelming evidence of COVID-19’s death toll (nearly 260,000), or blame its spread on face masks, 5G, and pharmaceutical companies. When they decide to trust Donald Trump’s inability to ever admit a loss — and his willingness to toss out as many legitimate votes as it takes — more than they trust every election expert in the country, I get it.

It’s not that they are becoming unhinged from reality. Reality has become unhinged, and they are adapting to it.

Once you embrace this fundamental truth, the world starts to make sense. The rapid acceleration of strangeness is no longer a mystery. But three questions remain:

How much further can our reality stray from the realm of probable events? What happens when we’ve stretched too far? And when is it time to start buying lottery tickets?