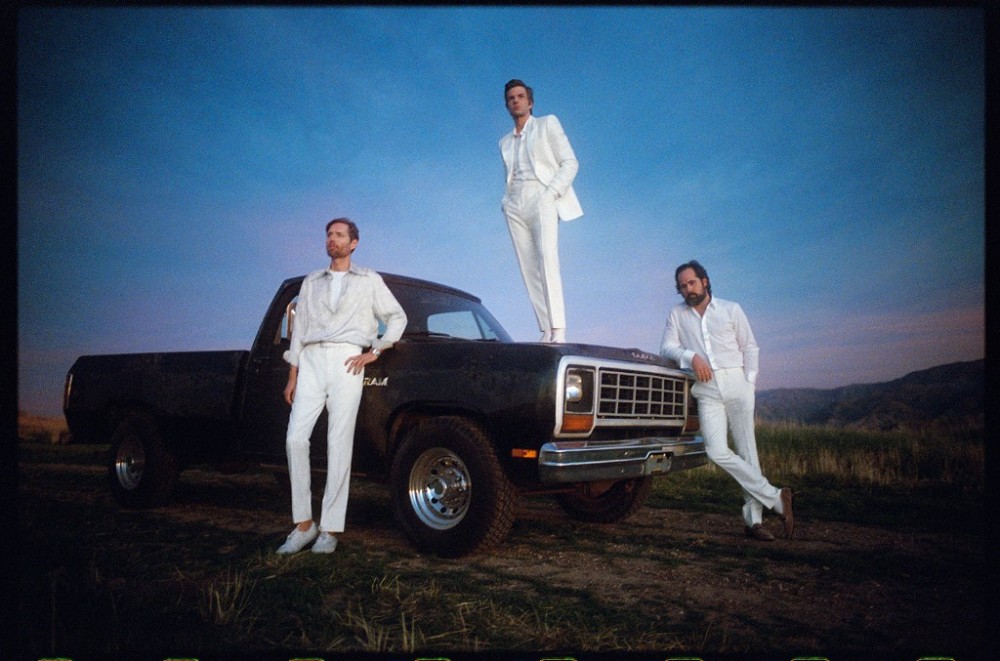 The Killers played an iHeartRadio livestream show on Wednesday night (June 17) that included the new version of “Land of the Free” as well as new single “Caution,” classic hit “Human” and an unlikely Jimmy Buffett cover.

The moody, black and white set, the latest in iHeart’s livestream series, featured singer Brandon Flowers and drummer Ronnie Vannucci joined by a bass player and guitarist as they opened with the reworked “Land,” which now features pointed lyrics about the killing of George Floyd by a Minneapolis police officer.

After the pulsating “Human,” the band slipped into a surprise tune when they busted out a jazzed-up cover of laid-back legend Jimmy Buffett’s “A Pirate Looks at 40.” Flowers, 38, explained that, like a lot of people, he grew up on such Buffett staples as “Margaritaville” and “Cheeseburger in Paradise,” but when you dive deeper into the catalog “there is a whole treasure trove.”

Calling Buffett a “master-class songwriter,” the band leaned into a spooky, expansive cover of the tune about a drug smuggler recalling the highs and lows of his illicit career. In advance of their upcoming Imploding the Mirage album, the band released the dramatic “My Own Soul’s Warning” this week, which follows on the heels of set’s first single, “Caution.”

Watch the iHeartRadio set below (the Buffett cover is at the 8:30 mark).