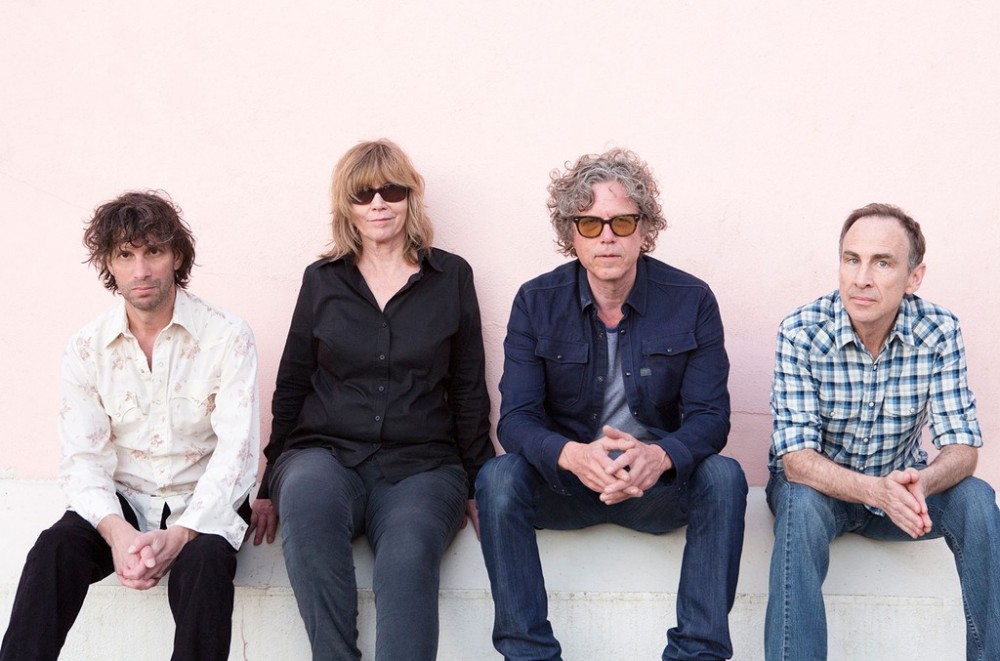 Incredulous as it may sound, the Jayhawks believe their new project, July 10’s XOXO, is the most collaborative album the quartet has made in its 35-year history.

“I have felt for years that during the course of a [live] set, people— including myself—would like to hear Karen and Tim singing more and me less,” Louris tells Billboard via email, regarding the impetus for the all-hands approach. “Secondly I had come off writing and recording a solo record and had not spent as much time writing for a Jayhawks record as is typical. So the stars aligned and here we are. Making the record sound cohesive was the most challenging part.”

The band recorded the Sham/Thirty Tigers release at Pachyderm Studios in Cannon Falls, Minn., and Flowers Studio in their native Minneapolis. “Our budget usually allows for about 2 weeks of studio time,” Perlman says. “We try to have the arrangements and structure decided on before we go in. The way we work the writer of each song leads the process for that song. So different writers mean different dynamics but that had no effect on how long it took to make the record.”

XOXO contains the jangly, guitar-driven, instantly catchy tunes the band is renowned for and they wouldn’t have it any other way. “If you hear a Jayhawks song played by other musicians, no matter how note for note it is or how exact the harmonies are to the original, it will never sound like the way me, Gary, Tim and Karen play it,” Perlman says. “Conversely, when we cover a song, no matter how note for note we play it it sounds like me, Gary, Tim and Karen.”

That welcoming, identifiable sound is especially evident on “Dogtown Days,” the video for which premieres below. “‘Dogtown’ is a song that’s been around for awhile,” says O’Reagan. “We talked about using it on an earlier record and I think we did it at a show once. I had lyrics floating around from some earlier more somber versions, then at some point the stompy drums happened then the obnoxious downstroke guitars and it got fun and energetic. So it became a fun song, that’s really sad and bitter. It’s about a real time in my life and about a real person, who if they ever hear it probably won’t know it’s about them.”

Though it doesn’t look like it, the Philip Harder-directed video was filmed with social distancing in effect, as the friends in the 1972 Gremlin shot their scenes separately. There’s a little more time-traveling involved, including vintage footage of the band in 1985, shot by Harder and Rick Fuller at a soundcheck at 7th St. Entry in Minneapolis.

Grotberg, who has been with the band since 1995 says the band remains as inspired as ever, especially when it comes to playing live. “Aging doesn’t seem to have affected our curiosity or our individual desires to explore new musical avenues,” she says. “We continue to create new material and even venture out of our comfort zones, all the while maintaining our Jayhawks sound. Also, we have an amazing and loyal fan base. When we participate in that full-circle interaction from stage to fans and back again, the energy grows and so does the fun.

About that playing live, like many acts, the Jayhawks had their concert dates postponed because of the COVID-19 pandemic, but are eager to get back on the road— whenever it happens. “We are hoping in the fall as we have a number of shows scheduled, but more likely it will not be until 2021,” O’Reagan says. “It is tough not being able to play but I don’t think we want to push it. Hopefully people will be comfortable seeing music sometime soon, and we can get back to work.”