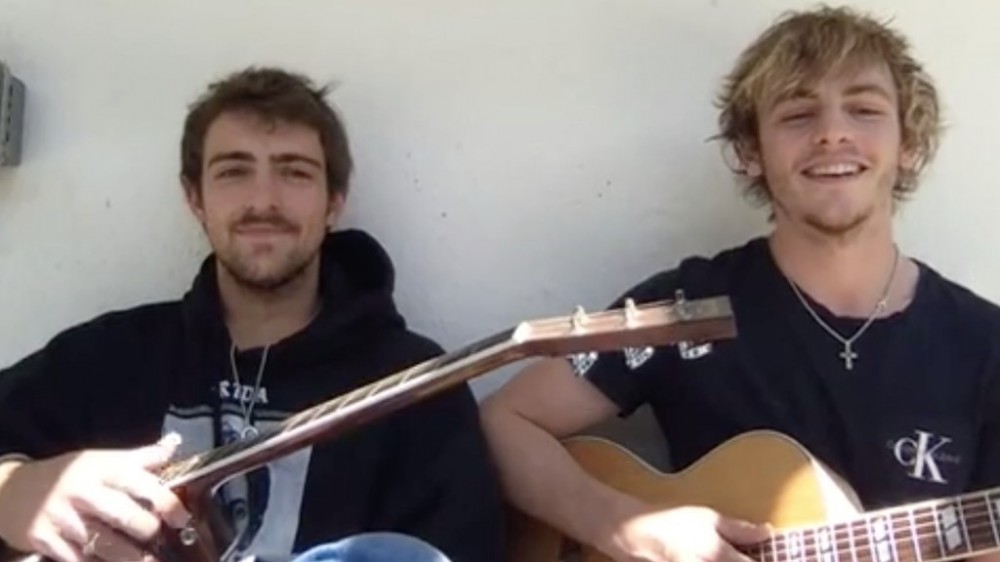 The Driver Era hosted an acoustic jam session Thursday afternoon (April 2) for their Billboard Live At-Home performance to raise money for Direct Relief, which provides aid for people affected by poverty and emergencies.

Brothers and quarantine buddies Rocky and Ross Lynch started off their guitar-centric concert with “A Kiss” (which Rocky received from their dog Bear), the kind of song meant to be played at a rock concert with electric guitars in a packed, dimly lit club like the mesmerizing music video perfectly captures. But for having to make do under the circumstances, the spirit of “A Kiss” lived on in its alternate format.

While chirping birds lent a sweet-sounding interlude between songs, the two stated how much they’ve been enjoying this time by revealing the life lessons they’ve learned by journaling and watching classic movies. Ross shared an astute reflection from his most recent journal entry: “You have to be careful with care or else it’ll trick you into thinking you don’t.”

It spoke to how their perfectionism plays out in their creative process as artists, especially when fans continuously asked Rocky in the Billboard Live comments about releasing “Mary Jane,” a song the two have been teasing since Ross’ Instagram story from April 2018 and hasn’t seen the light of day on any streaming services.

“You spend like a lot of time analyzing something, whether it’s a song, whatever it is. At a certain point…. Everything is going to be magnified. And you don’t really have an accurate perspective,” Rocky disclosed.

Rewatching the first Harry Potter has reopened Rocky’s eyes about how he makes choices, especially in the scene when Dumbledore breaks down the similarities between Harry Potter and Voldemort with one of his “crazy one-liners.” “What makes you guys different is your choices,” he recited.

Ross traded another nugget of wisdom with his brother by recalling a quote about the meaning of life from Charles R. Swindoll’s The Grace Awakening book. “10% is what happens to you and 90% is how you react to it,” he stated.

Get existential with The Driver Era by watching their entire Billboard Live At-Home performance above, and donate to Direct Relief here.