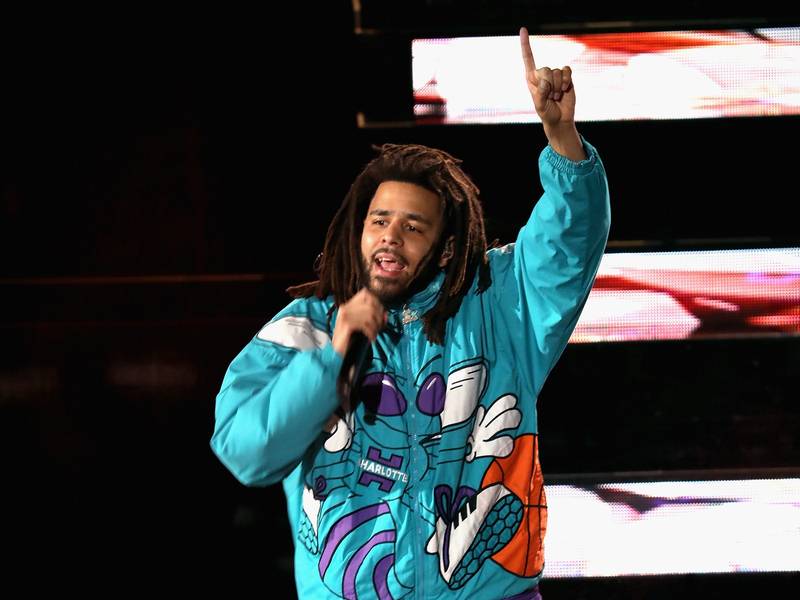 This is Puma’s latest signature deal for a rapper after its released its collaborative edition with the late Nipsey Hussle’s The Marathon Clothing brand in September 2019.

The multi-platinum lyricist will collaborate with the brand and their first collaborative project’s film will air during the 2020 NBA All-Star Game on Sunday (February 16).

Cole co-directed the short film “The Dreamer” with Puma —under his Dreamville imprint and is plotted around persevering through the struggle to achieve one’s dreams.

PUMA x J. COLE. Watch the full film at the link in our bio.

“Our partnership with Cole is deep-rooted,” said Adam Petrick, Puma’s Global Director of Brand & Marketing. “Cole’s involved in product creation, marketing campaigns and cultural guidance. He is going to be a key player in many of the things we do at PUMA moving forward and we’re excited to work with him not only on a product level but even more importantly as one of our athletes.

“Cole sits at the intersection of music and sport and represents everything that PUMA stands for as a brand.”

J. Cole will be the face of Puma basketball, to which Jay-Z — the person who signed him to Roc Nation in 2010 — serves as its creative director.

Cole’s connection to basketball is a ubiquitous to his fans as him going multi-platinum with no features.

He was a former walk-on player of his alma mater St. Johns men’s basketball team and can be seen playing in several celebrity and pickup basketball games across social media throughout his career.

For the J. Cole kicks, Puma will reissue its Sky LX sneaker rebranded as the Sky Dreamer with the Grammy-winning rapper’s logo from on the sneakers.

Puma promises that there will be several more fashion products from their partnership with Cole coming soon.

The sneakers are available for sale on Puma.com now.

Lace up. Sky Dreamer is out now.