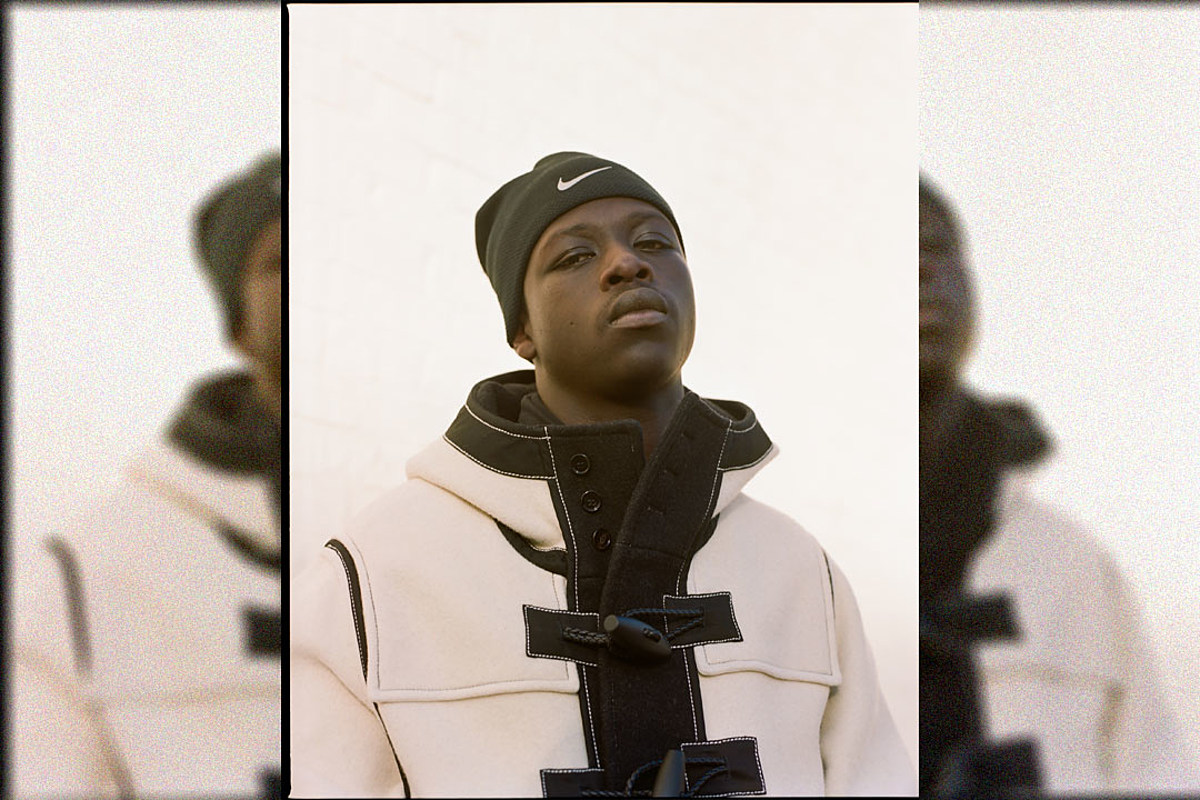 Life experiences and location shape and inspire a rapper’s art. So what comes of a England-born youth with folk singers in his family, who spent time between both the U.K. and his home country of Gambia? The final product is Pa Salieu, a genre-bending rapper signed to Warner Music UK who raps, chants, sings and makes a blend of hip-hop with the sounds of home.

Pa Salieu was born in Slough, a city outside of London, to Gambian parents who moved to the area when they were young. His mother would send money back home to family in Gambia, and that evolved into her sending him to live there with his elders until he was 10. This stretch of Salieu’s life was vital, as he learned his tribe’s history from his older family members, through song and other mediums. He loved music, but had no interest in creating it on his own until four years ago, when he noticed a studio equipped with audio software Audacity at a friend’s house and asked to use it.

That chance discovery led to Pa Salieu setting aside two-day stays at a different studio while also going back home to Coventry to hustle. In reality, Salieu becoming an artist felt preordained; he had been writing notes after his grandparents started passing away, shortly after he finished high school. Music became his saving grace, a place he could express all the things he needed to share.

Even as he dealt with tough times, such as being shot in the head and having 20 shotgun pellets removed due to a drive-by shooting in 2019, and then being arrested and charged in April for violent disorder, wounding with intent and possession of an offensive weapon, in connection to the 2018 fatal stabbing of Fidel Glasgow, someone Pa considers a friend, he stuck with the music. Salieu was one of 10 people charged in the incident, but no murder charges were brought against them. “I am engaging with the justice system but wish to make it clear that I have not been charged with harming my friend AP in any way,” the rhymer wrote in a statement released on Twitter in April. “Please be sensitive to the fact that a real family like yours has lost a loved one. RIP AP.”

After dropping his single “Frontline” in January of 2020, a vivid explanation of the streets in his neighborhood of Coventry, Pa Salieu’s buzz began to surge. “Bad man run up in your bando/Knick-knack mash that work like Rambo/Whip that white I feel like Django/Shut down, lock off, now them man dem know,” he raps on the Jevon-produced track. “Frontline” has over 4 million YouTube views and over 5 million Spotify streams, and his follow-up track “My Family” featuring BackRoad Gee has over 3 million YouTube views and over 4 million Spotify streams. The release of his well-received debut mixtape, Send Them to Coventry, last November led to opportunities such as performing on The Tonight Show Starring Jimmy Fallon this past January, being nominated for a 2021 BRIT Award for Rising Star, winning BBC’s Sound of 2021.

Now, as his name and streams continue to rise both overseas and stateside, Pa Salieu’s momentum has made him a strong fit for XXL‘s The Break this week.

I grew up listening to: “We used to have CDs. When I first came back, we listened to OutKast, Tupac [Shakur], Vybz Kartel, Biggie, Stevie Wonder. I just listen to music. I never grew up listening to albums. I wasn’t  lucky enough to be exposed to that. The only kind of music I had before 13 was back home in Gambia [in West Africa]. My auntie was a folk singer. And to us, music means a documentation of the past. That’s the only piece of history we have back home, music. Music has the histories of my ancestors.”

I’m going to blow up because: “I feel good. I just feel like it’s working. I’m in education; believe me when I say it. Everything I say is deep. I don’t punchline. This is work. I’m far from my prime, I’m far off. I just stepped into real life. I’m building.”

My standout records to date have been: “I’d say ‘Flip, Repeat,’ ‘Betty’, ‘My Family,’ and ‘Frontline’ [featuring BackRoad Gee]. I’d say ‘Energy’ [featuring Mahalia] too. Protect your energy. Somebody’s give in, some make it out. There’s two sides. There’s a yin and yang. Some people are weak, some people are strong.”

My standout moments to date have been: “To me, every moment has been special. I don’t believe I’ve had the big moment yet.”

I’m going to be the next: “Fela Kuti, the rebirth of Fela Kuti.”

Send Them to Coventry

See 20 Ways in Which Rappers Schooled Us About Life