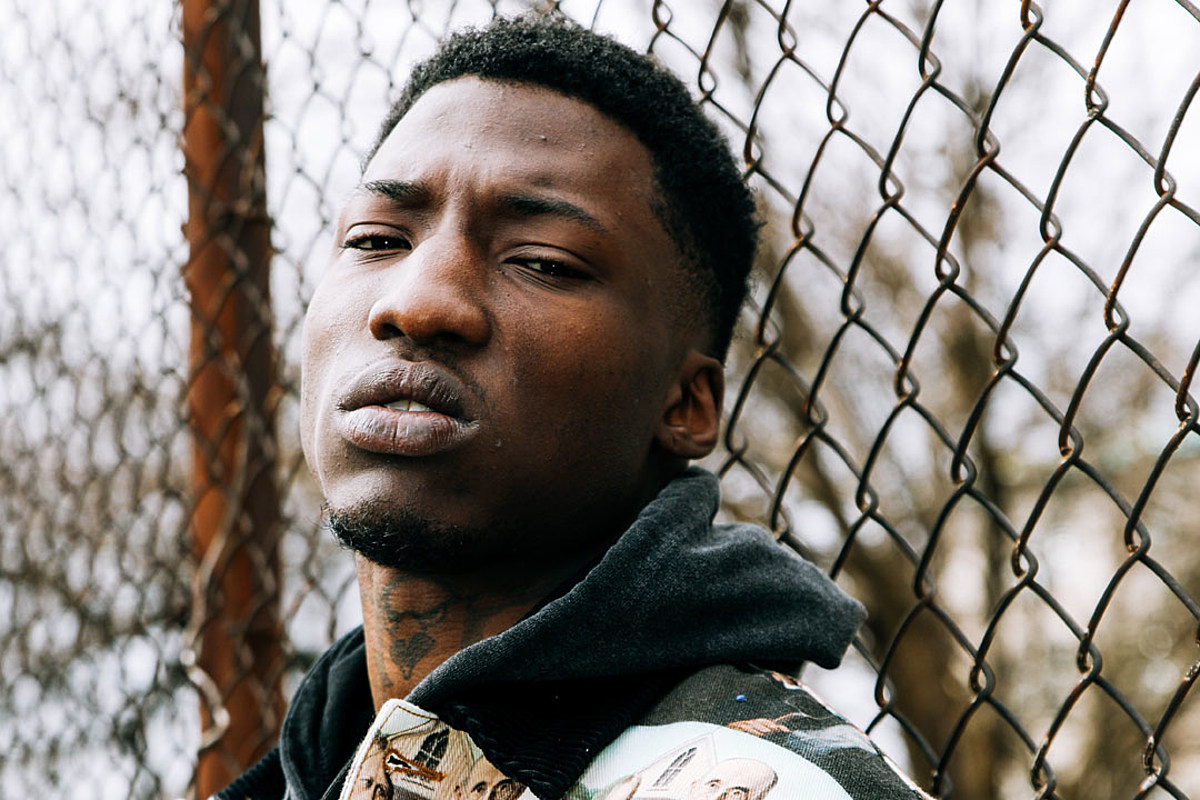 Ola Runt's path to rap recognition has been full of ups and downs, but he eventually found his calling, and it was behind the mic. As a teen, he was in and out of juvenile detention until at 16, he ended up doing five years behind bars for breaking into cars and being involved in armed robberies. It was during that time that the Atlanta native started rapping in jail, writing his raps and honing a new craft.

He got out of jail in 2018, at 21 years old, and had a new focus on music. To help pursue his passion, Ola's father built him a studio, and the rapper spent the entire year recording, eventually making real noise with the 2019 song "Brazy Story," his reworking of King Von's 2018 hit track "Crazy Story." He also dropped the Gucci Mane-inspired track "Feel Like Guwop" that same year.

After "Brazy Story" and "Feel Like Guwop," Ola linked up with StreamCut, a popular music company that specializes in royalty collection, music distribution and has worked with the likes of Mulatto, Yung Bans and Gunna, and got placed on an A3C Festival showcase in 2019. At the festival, he was noticed by one of Cinematic Music Group's A&Rs, who helped sign Ola to the label in January of 2020.

This move kicked off something of a power struggle between Cinematic and Atlanta hometown hero Gucci Mane, who was trying to buy Ola out of his CMG contract. Gucci collaborated with Ola on the remix of "Feel Like Guwop," featured on Ola's Beggin 4 A Body mixtape, released last May, and even presented him as an artist on the newly revamped 1017 Records.

However, that all ended with Gucci and Ola going their separate ways. Ola didn't necessarily like how things played out, pointing to, among other issues, that Gucci sent Ola a 1017 chain without meeting him first. After that situation, Ola chose to stick with Cinematic Music Group, and dropped his Harder 2 Kill mixtape right before Halloween last year. His name has stayed afloat thanks to a litany of videos last year, all tracks from his previous two 2020 mixtapes, Mama Tried and Beggin 4 A Body.

Now, Ola Runt has become one of the more interesting young rappers to come out of Atlanta with well received songs like "Osbourne Flow" and "MobbFather," which showcase his southern drawl and higher-pitched rhymes. Despite being currently incarcerated since September of 2020, waiting for the final word on charges of marijuana possession, gun possession, reckless driving and obstruction, and being involved in a high speed police chase, he's still pushing his career forward.

The rising rhymer is hopeful and measured when speaking about his come up in XXL's interview for this week's edition of The Break.

I grew up listening to: "Alley Boy, Future, Young Scooter, Trouble. Artists like that. Rocko. I don't really got no favorite rapper, because once you really get to know them, some rappers, they don't really be like how you think they'll be."

My style’s been compared to: "I be hearing, sometimes they say I sound like Young Thug. Some folks say I sound like Future. It be just various people. I got different styles and different voices. I got my own beat selection. I got my own Ola Runt type beats. I don't really sound like these guys. I don't feel like I do. It's good who they compare me to because these guys are icons in the game. They're big. They're big as ever, so I take it as a compliment."

What’s your most slept-on song, and why?: "'Osbourne Flow' because I did like a million-somethin' views on that by myself, no help, you know what I'm saying? I did that on my own; I came up with it and the people love it. Everywhere I go, the people love it. I 'Feel Like Guwop' did what it did because the song was called 'Feel Like Guwop' and I ended up with Gucci Mane on the remix. That song reached its full potential.

With 'Osbourne Flow,' that song fucked the club up. All the little kids know this song. Fifth grade, elementary school, middle school. I can't go nowhere without these kids knowing this song. This song started riots in the club. I just feel like a lot of people slept on it. I feel like that song is supposed to be overseas or something by now."

It's a hit. Gucci Mane ended up getting on it. That song fucked the streets up, when that song come on in the club… It just turns up the vibe. It switches vibes. You'd be listening to some old shit that you think turnt up, but when you turn on this shit, you know you're turnt up."

My standout moments to date have been: "Biggest moment for me is when I took my whole hood with me to California. I took everybody with me to Miami. I just love doing shit that people don't do. I feel like when I first came out after I got signed, I would try to take everybody with me. I just cherished the moment. Sometimes it was like we're traveling with 30 deep. I know I might not be able to move like that again. So, I went ahead and got it over with early in my career."

Most people don’t know: "Most people just don't know me. They just listen to my music and think I'm just like… they judge me off that, you know what I'm saying? Most people just really don't know, I'm really a cool young nigga man. I don't do nothing but make people laugh and have fun. It's all I do. People don't really know me."

See the 14 Most Elusive Rappers on the Internet