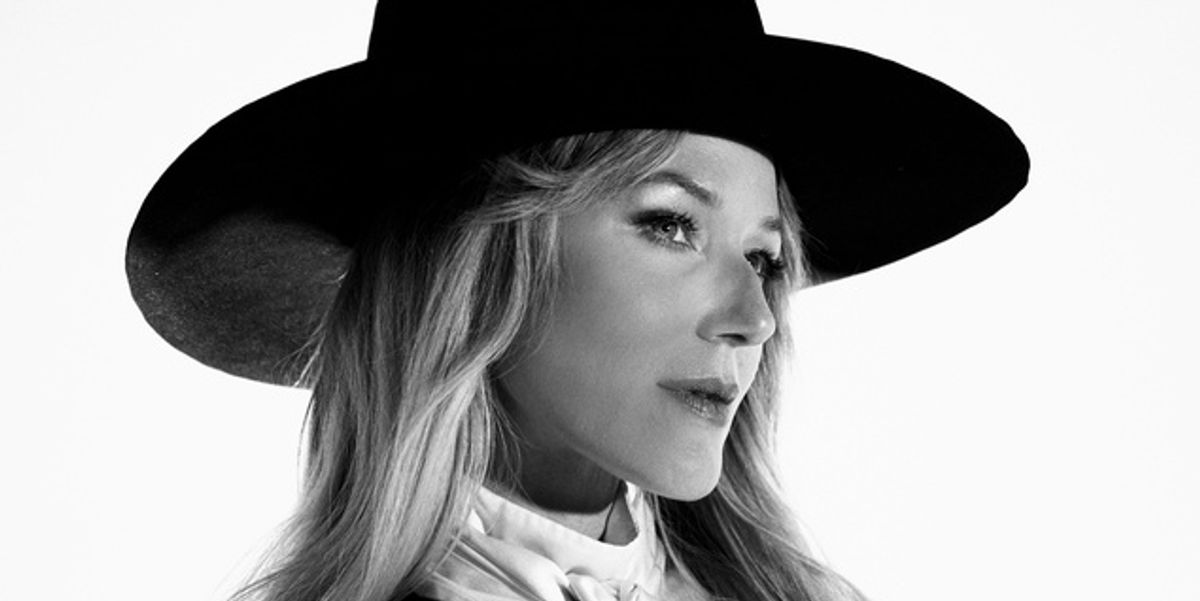 When Jewel Kilcher released Pieces of You 25 years ago, her priorities remained as resolute as they are now.

An Alaskan-born teen living on the streets of San Diego, she developed a local following thanks to a slew of captivating live performances around the city. Record labels soon approached with lucrative deals, one of which offered her a million-dollar signing bonus, but she turned them all down.

“It seemed a bit preposterous for a homeless kid,” she joked with me. “But I made myself two promises, that my number one job would be happiness, and the number two would be to be a musician.”

So she went solo and began trying to carve out a folk career at the height of the grunge movement. Her first record slumped, but soon after, Bob Dylan took her on the road. Early on in the tour, she was told that Dylan would likely not even engage with her, but Dylan took notice of Jewel after she started kicking people out of shows for speaking during her performance–a big hang-up of hers.

They soon bonded over a mutual love of literature and singer-songwriter music. Dylan, and later Neil Young, encouraged her to continue playing the long game. “I had really ambitious goals when I was 18. I wanted to be one of the biggest singer-songwriters of all time, and I knew that was a difficult and long-term ambition,” she said. “I had to keep my eye on the prize. Am I happier today than I was yesterday? Am I a better writer today than I was yesterday?”


Jewel – You Were Meant For Me

Her official debut, Pieces of You, was released in 1995 and ended up going 12x platinum, at one point selling over a million copies every month for a year. Her honeyed voice and romantic lyrics resonated deeply with people who felt starved for tenderness during the hyper-masculine grunge era.

Now a Grammy-nominated success story, Jewel refused to feel the pressures of fame and instead decided to do whatever she wanted. She recorded a pop record, a country record, and even dabbled in electronica and dance-pop.

Her new record, she tells me during our interview, plays with soul and gospel.

But music aside, Jewel remains a master of self-awareness. She has long worked with at-risk youth across the country to help them develop mental health awareness tools that she taught herself as a homeless teen.

In light of the recent pandemic, Jewel has led guided meditations and profound mental health discussions with The New York Times and Time for Health Talks. “I feel a lot of middle-aged artists do a ton of drugs at some point in their careers to make a new sound,” she said with a laugh.

“I can see where doing acid would help you circumnavigate the incredible process of digging inside yourself to find something that feels innovative and authentic because it’s a head trip to do it sober,” she said.

POPDUST: What then made you want to re-release Pieces of You with all this extra content? You even did a full live stream run-through of the album. What inspired you to dive back into this chapter before moving on to the new record?

J: I never celebrated during my career! I was never prone to stopping and go[ing], “Wow, that was neat.” It’s a sad thing looking back. The only regret I had during that time was that I didn’t celebrate. I accomplished this impossible thing. I never really stopped to be proud.

So I did all this for that reason alone, to take a minute and say thank you and reflect on the fact that 1,000 words changed the trajectory of my life. Like 1,000 words changed my life and landed me on the cover of Time Magazine to usher in a new era; that’s really powerful. I can’t believe a 16-year-old wrote songs that ended up being so magical. I can’t believe I pulled it off.

POPDUST: You’ve spoken on how you went into recording Pieces of You with a sense of modesty. You didn’t want to work with any big name producers that were being offered to you; you merely wanted to make an authentic record that would express who you are. How have you maintained that modesty over the last 25 years, despite your massive success?

J: It’s funny. I was looking back through old [mementos] and saw that I was on the cover of Spin back in ’99 or something, and I remembered thinking: “Nobody is this popular forever.” I was trying to be one of the biggest singer-songwriters of all time.

I knew that was very difficult and [a] very long-term ambition. It meant I wouldn’t know if I succeeded until the end of 20 or 30 records. Having that long goal meant I had to navigate the short game in a specific way. It’s a very sobering goal and always puts everything into perspective.

POPDUST: Well, and your music is so different now than it was for Pieces of You. How have you kept it fresh and innovative along the way, while still keeping focused on this goal?

J: I like learning, and I like growing. I really dislike repeating myself. My music is always a reflection of my own personal growth. Something that Bob Dylan and Neil Young really encouraged me to do was to follow my muse wherever it goes, even if it’s considered against the grain or crazy. It’s a sacred duty.

POPDUST: It must be insane to reflect back on the impact of Pieces of You. Do you think maybe you didn’t celebrate because you were overwhelmed? Are you overwhelmed still by the cultural impact of that record?

J: I didn’t know how to accept it at that age. I was a very introverted person, so the level of fame I got was difficult. But when I realized I didn’t have to be that famous. When I realized that if I take two years off it’ll die down and I can live life in an easier way, I started doing that.

POPDUST: Take me through the new record a bit and where you feel it’s musically heading.

J: I’m writing for my voice, probably for the first time in my career. I don’t know why I’ve never written for my range, but on this album, I definitely do.

On songs like “No More Tears,” you can hear this early gospel influence. It was an incredible process. When I sit down, I can’t really control the style, but the ones that were the most interesting to me were the ones that were coming out more soulful.

POPDUST: I wanna make sure I ask you about A Moment of Calm With The New York Times. I know you’ve long promoted the importance of mental health and self-awareness, but in a time when mental stability is scarce, what changes have you seen in terms of this country’s mental health crisis?

J: Six years ago when I got divorced, I looked at where culture was and authentically where can I intercept with the culture; and honestly, what I saw was mental health.

From 2006 to 2018, suicide rates increased 60% across almost every demographic. So we were already in a mental health crisis.

What happened in the ’90s was that grunge was presented as the voice to say, “Hey we feel terrible,” and my music was, “Well, what do we do about it?” But for the first time in cultural history, art did not particularly rise to the challenge in 2020. There wasn’t a major shift in music; there have been a few artists, but music as a whole hasn’t switched.

POPDUST: Are you surprised by that?

J: I find it disturbing and troubling. The cultural soil produces both artists and politicians. Trump isn’t the problem; we grew Trump. We’re the cultural soil that figures erupt from, and our soil isn’t rich in minerals, I guess you could say.

We couldn’t develop thoughtful artists talking about this? It means we have a really depleted social soil, and that’s very disturbing to me.

How do you think that plays into the mental health crisis? I feel like they’re connected.

When you’re disconnected, you’ll have opioid addictions, #MeToo, racism. To me, the only elegant solution, the only common denominator in all of these things, is connection.

It’s not an easily scalable road we can take, but we have to learn how to be present. I think the pinpoint in the pandemic is realizing we’re somehow the most connected society in terms of the internet, but we’re the most disconnected culture, and we’re paying the price for that.

POPDUST: How do you see us getting to a place where we foster connection?

J: People have to be interested in more than being tolerated. They have to be willing to tolerate. The tea party wasn’t understood, and when we had a liberal president, there was no effort put into what do these people actually need? What do they want? What do they not feel they’re getting? How do I understand them?

Instead, they were discounted and entrenched. They have arrived now madder, and that’s gonna happen again if this political party doesn’t take a serious effort in understanding [them] and creating actionable plans around that.

It takes each person saying: How am I gonna be friendly with these people I really don’t like? Otherwise, we’re not really tolerating; we’re just surrounding ourselves by like-minded people asking to be tolerated.

POPDUST: It’s incredibly challenging to do that when the views are so problematic, and the stakes so high.

Yeah! It’s tremendously challenging. But I think that’s where we have to rely on our curiosity… [I]nstead of trying to change someone’s opinion, asking: Why do you think that? What articles are you reading? Maybe you’d be interested in reading this article! What do you think about this article? And even if you don’t change their mind, that’s valuable to be able to build that mutual respect.

Pieces Of You (25th Anniversary Edition)