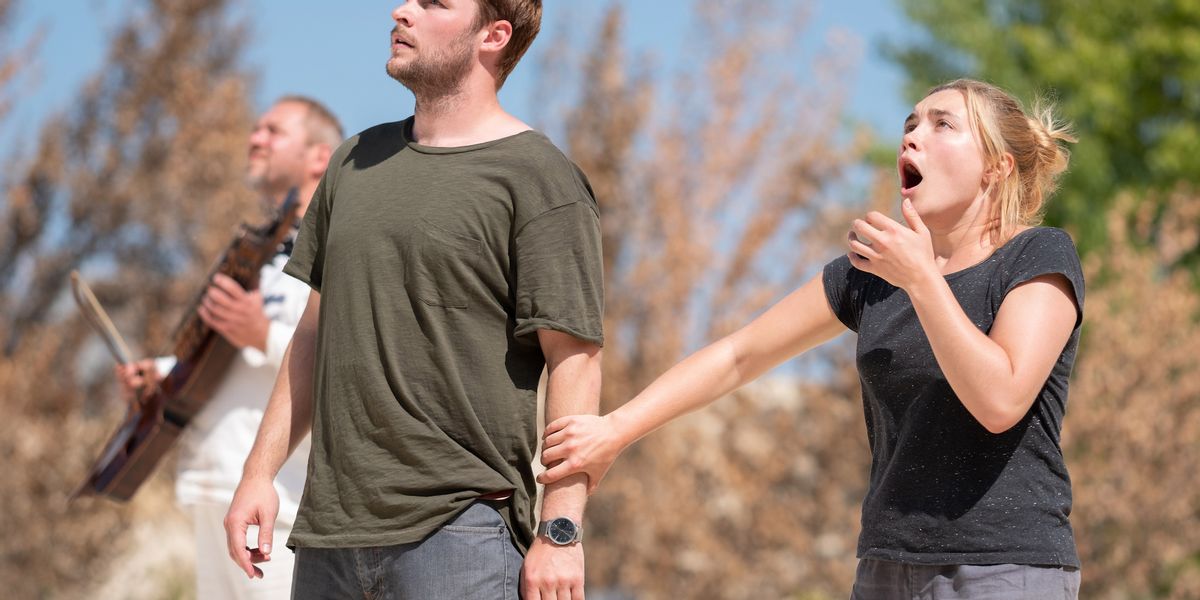 What’s a good scary movie without an equally spooky score?

Great horror can’t always rely just on blood, demons, and jump scares. It takes a village—or, rather, the addition of a good composer—to create films that hold the power of keeping their viewers awake at night, and one of the most effective ways to instill fear is with a soundtrack.

We’ve already discussed our favorite songs that evoke the Halloween spirit, but it’s important that we don’t let composers go unnoticed as we dive into our favorite spooky music. Below, we’ve rounded up our favorite scary movie soundtracks, from blockbusters to cult favorites, to help ring in the season

How is it possible to make a movie that takes place almost entirely in daylight while still conveying a sense of sheer terror? To help tell his story of a murderous cult in the idyllic Swedish countryside, Midsommar director Ari Aster turned to British composer and producer Bobby Krlic—AKA The Haxan Cloak—to construct an appropriately terrifying soundtrack. Krlic’s score relies on atonal strings and elements of ancient Scandinavian music, juxtaposing blissful moments with bursts of unadulterated, violent madness.

After filming the iconic shower scene in Alfred Hitchcock’s 1960 thriller Psycho, the film’s star, Janet Leigh, went to great lengths to avoid taking showers for the rest of her life: “I take baths, only baths,” she told the New York Times in 1995. “I have absolutely no intention of stepping into a shower.” And while murder scenes might not have been the most realistic 60 years ago, Psycho‘s climax is bolstered by a screeching string section, courtesy of Bernard Herrmann.

Janet Leigh’s daughter, Jamie Lee Curtis, would go on to continue the family’s horror legacy when she was cast as the teen heroine in John Carpenter’s Halloween. The film’s score, also composed and performed by Carpenter, remains one of the most terrifying horror theme songs to date. With little more than just a simple piano riff, a swelling string section, and a ticking beat that rattles like a time bomb, “Halloween Theme” might be the scariest song of all time.

Released in 1977, Eraserhead marked the first feature-length film by David Lynch, who has since become perhaps the most popular surrealist in American cinema. For the body horror film’s soundtrack, Lynch laid the groundwork for the forthcoming era of dark ambient music, leaving in non-musical cues that place the listener in the film’s black-and-white gloom. Ominous and foreboding throughout, the Eraserhead soundtrack is a transfixing one-way ticket to the distorted Lynchian universe.

The Conjuring (by Joseph Bishara)

While The Conjuring is a more recent addition to the scary movie canon, the supernatural horror film should still be remembered for its chilling score. Courtesy of go-to thriller composer Joseph Bishara, The Conjuring‘s original soundtrack doesn’t stick out quite like that of Psycho or Halloween; instead, like Eraserhead, the score creates an unequivocally spooky ambience with gentle hums of off-kilter orchestration. Rather than creating an instant pang of fear, the music steeps in a brooding sense of suspense—which, when done right, is even scarier.

Even if you’ve somehow never seen it in your life, few movie theme songs are as embedded in society’s collective consciousness as that of Jaws. The 1975 film was scored by John Williams, who drew inspiration from left-wing compositions like Igor Stravinsky’s The Rite of Spring and Claude Debussy’s La mer. Using just two alternating notes that gradually speed up into a rousing crescendo, the Jaws theme was written to mimic the relentless terror of a shark attack. Like a twisted ballet, the music of Jaws hints at the gruesome fate to come.