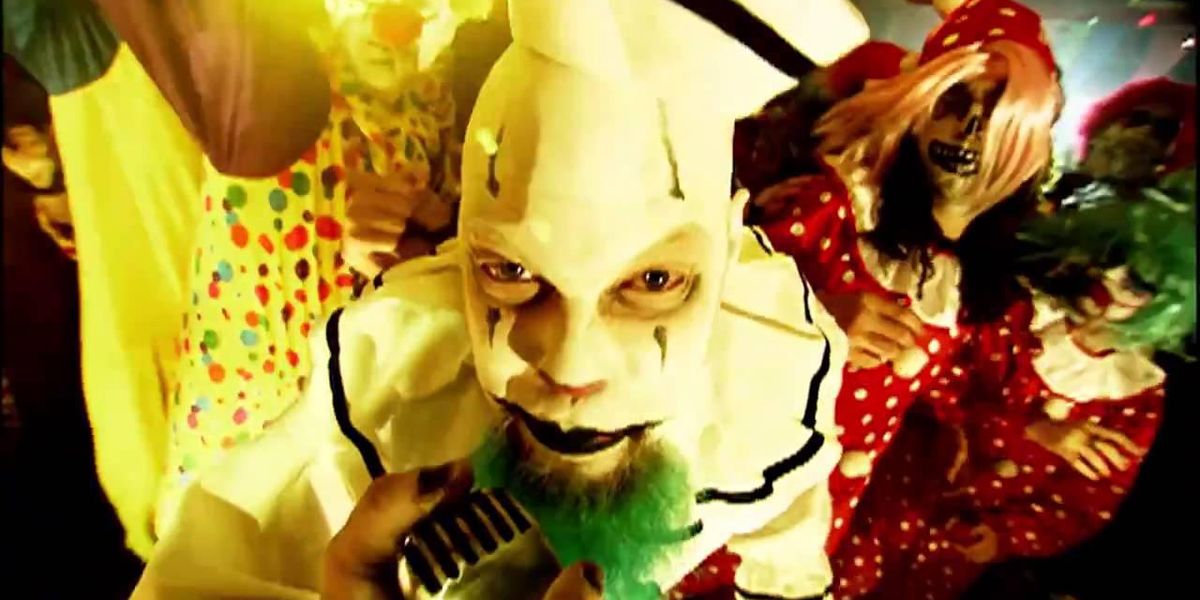 Extreme music has always been about breakdowns.

Sure, plenty of great metal exists without them, but we all remember what state of mind we were in after we heard Pantera’s “Domination” for the first time, or how nothing was the same after Metallica’s “Sad but True” took over the airwaves. Metal’s biggest breakdowns have stirred visceral reactions within us and have given us all neck pain from violently headbanging.

Here are 11 of metal’s toughest breakdowns, both new and old, none of which are for the faint of heart or weak-stomached.

The Swedish quintet’s mathematical metal is so respected that it’s been the subject of academic musical analysis. On “Dehumanization,” Meshuggah’s unpredictable sense of rhythm envelopes listeners in an explosion of guttural noise that can nearly trigger a panic attack when focused on too intently.

A song so suffocating that it’s almost guaranteed to throw off your heart rate, “Flying Whales” by the progressive avant-garde metal quartet Gojira has too many stellar breakdowns to count. Known for their atmospheric interludes, the band makes the three-minute lumbering build-up of “Flying Whales” well worth its drag. The track explodes into a cascade of manic drums and chugging guitars before dissolving once more into ambient noise, only to return somehow heavier for the track’s guttural final half.

“Realism” by The Dali Thundering Concept

The band enters quickly and aggressively on “Realism,” only to break down into a brutal half-time signature and chug away with a deep ferocity. Sylvail Conier, with his versatile voice that switches between deep metal growls and high-pitched deathcore wails in an instant, makes “Realism” feel like pure mania as he bounces around his different registers. The song’s halfway point is utter chaos as Conier bellows his deepest growl alongside a clash of screeching guitars and pounding drums.

“Blood and Thunder” by Mastodon

Mastodon’s sophomore effort Leviathan was so groundbreaking that it deserves to be listened to in its entirety, but the progressive metal outfit’s intro “Blood and Thunder” is a particular highlight. The song showcased Mastodon’s sheer brutality, as the track breaks away from its driving groove into a nauseating breakdown that put the Atlanta rockers on everyone’s radar. “Split your lungs with blood and thunder,” cries out singer Brent Hinds in what has become a defining lyric for the band.

Known for their rigid, crunching sound, Despised Icon’s “MVP” is absolute turmoil. The merciless first-half drives with such relentless ferocity that it feels like it’s gnawing away at your eardrums. But by the track’s latter half, the pace has slowed to a drudging crawl. The band’s shredding guitars dissolve into a thick, massive wave of noise and is led by the group’s dueling vocalists as they trade-off blood-curdling howls.

The tech deathcore band Crown Magnetar is still relatively unknown to many, but as extreme music looks forward, the band is shaping up to be one of the movement’s most exciting new acts. “Deciphering,” in particular, shows the band to be a master of brutal, suffocating breakdowns that frankly can’t even be put into words. The track and its coinciding music video are both deep, dark, and brutish — barely indigestible for those not used to the guttural noise of deathcore.

From another extreme group that exists solely in the lowest of registers, Cryptopsy’s “Benedictine Convulsions” is a particularly hard pill to swallow. Led by the legendary Lord Worm, who on this track is incomprehensible, “Benedictine Convulsions” seems to merely exist in order to send the listener into a panic attack. The guitars chug along like chainsaws, all while Lord Worm expels nothing but primal demonic gurgles.

“No Pity for a Coward” by Suicide Silence

One of the biggest deathcore bands to emerge in the early aughts, Suicide Silence had mastered a sound that was as reflective and moving as it was violent and hostile. “No Pity for a Coward,” off of the group’s groundbreaking debut The Cleansing, falls into the latter.

The track, with its onslaught of guitars and terrorizing growls, courtesy of the late Mitch Lucker, is brutal all the way through, and its scatter of violent breakdowns are enough to make anyone queasy. “No Pity for a Coward” is deathcore at its finest, and it went on to inspire many of today’s biggest groups.

“Reign of Darkness” by Thy Art Is Murder

“Reign of Darkness” by the Australian deathcore group Thy Art Is Murder is practically just one big breakdown. It starts off slow, heavy, and suffocating, and soon elevates into a fast-paced rhythmic experiment before it cascades back down into the gutter. It’s a dizzying track that whirls in and out of some brutal time signatures with ease, and it’s all held together by “CJ” McMahon’s ghoulish snarls.

Released in 1986, “Raining Blood” has since taken on a life of its own and still goes super hard even in 2021. Slayer’s hacksaw guitars and perverse narrative about overthrowing heaven are relentlessly hardcore, and musically the song’s sprinkles of melody and masterful pacing has been a source of inspiration for almost every conceivable metal band since.

Obviously, this list wouldn’t be complete without a special shout-out to Pantera’s “Domination.” The legendary breakdown inspired “1.6 million barely post-Soviet Russians” to mosh uncontrollably, and in 2021 it still has the power to cripple its listeners. The song dances between an ostentatious Dimebag guitar solo and thick hammering drums. As for the song’s second legendary solo, it needs to be experienced in order to be comprehended.