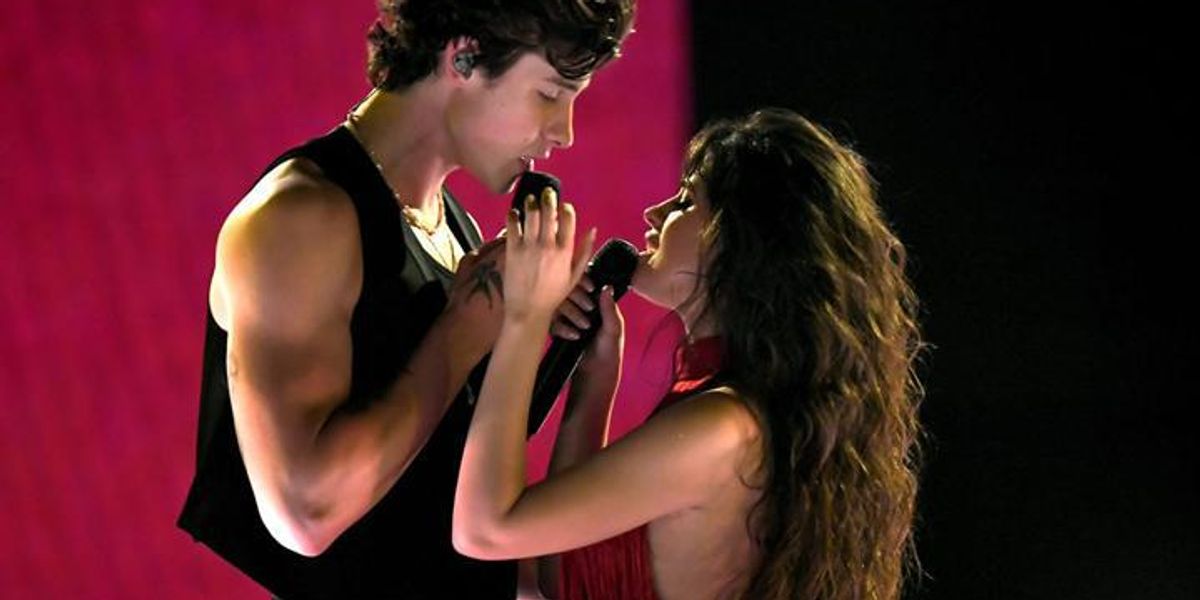 When Shawn Mendes and Camila Cabello first got together, the timing aroused suspicion. Their relationship was announced alongside their 2019 single “Senorita,” leading fans to speculate whether the relationship was a publicity stunt.

The accompanying music video and every subsequent performance of the single seemed manufactured to say one thing: These are very hot people in love. But lots of people were unconvinced.

Was it Mendes’s general awkwardness making it look like he was in pain every time he performed the song on stage? Was it Cabello’s natural penchant for drama that had Jenna Dewan famously (supposedly) saying, “She’s so extra” during their 2020 AMA performance, or a little something extra she was doing to convince us of their relationship?

After “Senorita” finally went number one, the internet breathed a collective sigh of relief. Finally the nightmare PR stunt would be over and we could all wipe it from our memories.

Oh, how wrong we were.

The pair quickly became known for their intense PDA, even more so after catching wind of the rumors and trying to debunk them (I’ll never burn the image of that kiss out of my mind). And we weren’t spared by quarantine, when many celebrities retreated into their mansions and stayed relatively quiet.

It seemed there was never a shortage of headlines about the pair, especially when they began taking walks in their quarantine neighborhood in Miami looking less than their best, and when it came to promoting Shawn Mendes’s new album and accompanying documentary, Wonder, in which his love for Camila is heavily emphasized.

Whether it’s their problematic past or the suspicion of deception, they’re the couple the internet loves to hate.

This week they released a video for their Christmas song, creatively titled “The Christmas Song.” The video is exactly what you would expect from the pair: highly produced fodder made to look effortless and casual with vintage inspired video filters and interruptions from their dog, Tarzan.

Merry christmas to you and yours 🖤 #TheChristmasSong video out now. Shot by us, directed by Tarzan from our quarant… https://t.co/HBPHgiBrS5

The two look exactly how they want us to see them: happy, in love. But there’s nothing new, or vaguely interesting about either the song or the video. The track itself was released as part of the deluxe version of the Shawn Mendes album, Wonder Deluxe, which dropped as a surprise to fans on Monday.

And for fans, this video will probably inspire fodder for their daydreams or at least some warm feelings. But unless you love “Shawnmila,” unlike most of the internet who feels held hostage by the couple, there’s nothing much to see here except exactly what you’d expect.

However, since ’tis the season, The Shawn Mendes Foundation has donated $100,000 to Feeding America and will be donating an additional $10,000 for every 10 million streams of the song until the New Year. So, in the spirit of giving, we’d say it’s worth a watch.