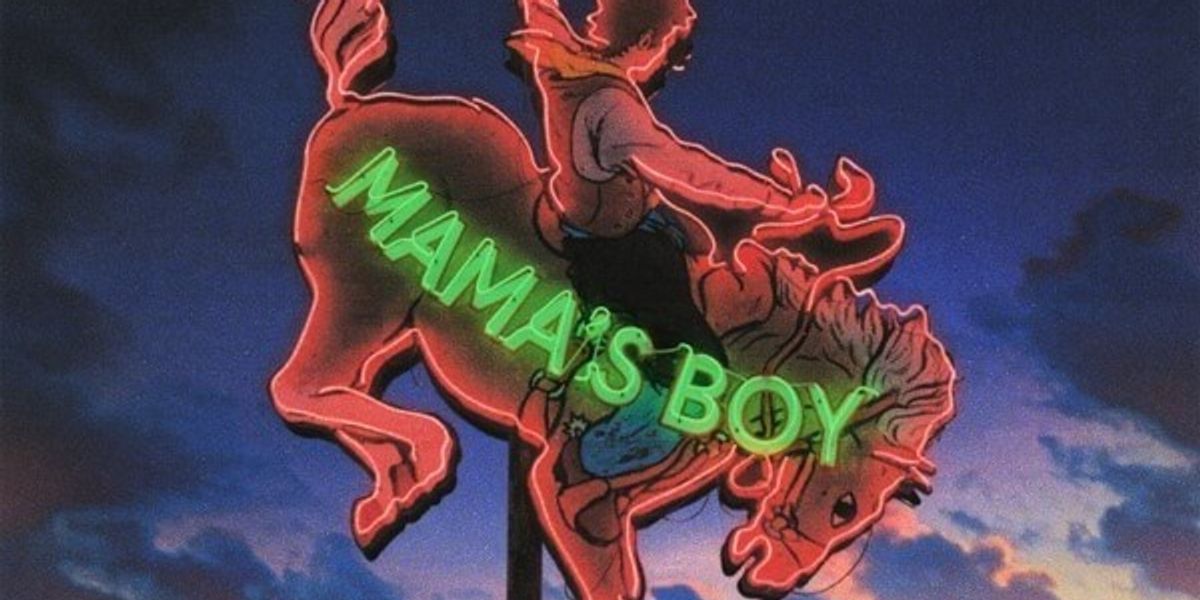 According to Wikipedia, LANY is an alternative rock band.

This classification feels wrong, even in consideration of how hazy and debatable the term “alternative” is in the context of music. But the pop group, based in Los Angeles by way of Nashville, do make songs most fervently loved by melomaniac teen girls fond of labeling things as alternative or “counter” for the sake of feeling quirky or different—so a superfan’s editing of their Wikipedia page likely explains this inaccurate categorization.

I say this all not dismissively, but knowingly, as I, myself, was a 19-year-old girl just a half-decade ago, living through a phase in which anything mainstream or popular deeply offended me—and enjoying a band like LANY, DIY but only faintly left-of-center, felt like a betrayal of hipster-dom.

So I, too, was the kind of fan who would hide my favorite bands’ pop identities behind other descriptors. They weren’t pop, because plain pop was basic. They were indie pop, or alt-pop. They were superior.

With the recent release of the band’s third LP, mama’s boy, it’s time to talk about LANY as what they really are: three guys who do, in fact, make undeniable pop. In its earliest years, that pop was subdued and minimal, workshopped on a Dell laptop and recorded in a single, tiny LA apartment shared by members Paul Klein, Jake Goss, and Les Priest. Then it was delivered to an ever-growing following in the form of three EPs and one album that jointly established LANY’s love-song formulae: tender lyricism layered atop clouds of faraway synths, earwormy guitar hooks, and punchy, gated reverb-layered drums.

Fast forward to now: LANY keeps growing, and with every new release, their artistry rings more profound and intricate in both lyricism and instrumentation. So it’s no surprise that mama’s boy—a gentle yet giant compilation of new confessions, hometown stories, and succor from top 40 hitmakers—is impressive. They’re still making pop, even when it involves other energies, and it’s still not experimental or even trendy. But this doesn’t make them any less cool—if anything, they’re now more real than ever before.

Perhaps “real” truly is the most succinct way to describe mama’s boy. Those who have been following LANY for years are likely more familiar with the nuts and bolts of lead-songwriter Klein’s turbulent love life compared to the average celebrity-musician’s thanks to his barefaced lyrics alone. Evidencing this is the group’s sophomore offering, Malibu Nights, a linear, somewhat unrestrained narrative piece that carried listeners through the climax and denouement of his high-profile relationship with another pop star. Yet even before that, Klein’s songwriting was sheer.

But unlike Malibu Nights, mama’s boy isn’t exclusively centered on the heart and the way it bruises in an ex-lover’s grip. Instead, it scintillates with the understanding that love for family, home, and faith are just as worthy of artistic focus as romance and heartbreak. This pivot to a new kind of storytelling is a big deal for LANY and perhaps the most obvious example of their growth. It’s also an illustration of Klein’s newfound self-awareness, which was virtually non-existent in the band’s prior offering.

On Malibu Nights, we were spectators witnessing the songwriter at his lowest. His journey of heartbreak and recovery—including all five stages of grief—was very relatable; and yet, Klein’s lament would have grown borderline exhausting if it weren’t backed by the reverie of bigger, cleaner production à la heavy hitters like Mike Crossley (Arctic Monkeys, The 1975), King Henry (Diplo, Sasha Sloan).

On this new project, LANY turns to collaborators, producers Tyler Johnson and Chad Copelin, along with King Henry. mama’s boy’s multifaceted lyricism is a standout strength, and the instrumentation on the record is as superb and enveloping as Malibu Nights. But mama’s boy‘s production—sometimes pop rock, sometimes contemporary Christian, sometimes stripped down and begging to be played on a wraparound porch—is LANY’s most manifest homage to home.

Even with the album’s affecting production, it’s refreshing that so much of the songwriting on mama’s boy is legitimately introspective, magnifying Klein’s flaws and exploring the ways they leak into his dating life (after all, metaphorically speaking, every cut on Malibu Nights rode a “why me,” sad-boi type beat). While songs like “heart won’t let me” and “paper” tell of some relationships’s mutual toxicity (e.g. sticking with someone when you both know it’s not right), “bad news,” “sad,” and “sharing you” burn with a hard-won self-awareness: I was the problem; I’ll be the one to make mistakes. These cuts are also ablaze with haunting lines that literally speak to how much LANY’s storytelling has improved over the years.


LANY – if this is the last time (official video)

Yet, the aromanticism of tracks like “you,” “if this were the last time,” and “i still talk to jesus” is the most effervescent and poignant part of the album, all aglow like neon. Reading like an open letter to the parents of LANY’s members, “if this were the last time”—which was released during the lockdown stages of COVID-19—feels like essential listening during uncertain times like these, in which families are literally torn apart by both sickness and bigotry. “If this is the last time please come close, I love you with all my heart you know / I don’t wanna cry, I’m bad at goodbye / If this is the last time,” Klein sings over gentle acoustics and warm strings.

With “you,” the band lassoes contemporary Christian music without shame—a bold decision for any pop act, let alone one that flirts with ideas of dispensable love and drugs. “i still talk to jesus” is yet another instance of Klein’s introspection and self-cognizance; lyrically, it’s certainly a standout in the band’s half-decade-long catalog, but unlike “you,” it wouldn’t fly on CCM radio. In the track’s chorus, the singer recites his vices, the type of stuff that a good, God-fearing boy wouldn’t do—tell lies, smoke weed, do a few lines of blow—and it’s in this moment that LANY sound most naked. And though Klein stated to mama’s boy‘s listeners on Spotify’s enhanced album playlist that he “knew [the album] has to meet the same level of transparency and vulnerability [as Malibu Nights],” it’s obvious that this album—a care package from home and the heart—has met and exceededcthat promise.